Steady start then a strong finish

Initial concerns from buyers over the size of this week’s offering were evident in the steady market on the opening day, however these concerns were blown away on the final day as buyers competed strongly to fill new orders.

The Eastern Market Indicator (EMI) improved 15ȼ for the week to close at 1,407ȼ. The Australian dollar was again easier falling 1.5 cents from the previous week, with the US/Au rate quoted at US$0.707. This resulted in the EMI in US dollar terms falling back 11ȼ to settle at 995ȼ.

The strongest gains again were in the finer Merino fleece wools. In Melbourne the 17 MPG lifted by 50ȼ while in Sydney the index rose by 45ȼ. The 17 MPG has now lifted 150ȼ since the opening sale of 2022. As an example of the demand for the finer types, the 17 MPG is now 720ȼ or 28% above the opening sales of the season (July). With support for 19 MPG and broader appearing also across the sale lifting the medium micron types by 10ȼ to 20ȼ.

AWEX reported that there were numerous anecdotal reports of new Chinese business being booked during the week, with stronger Chinese inquiry leading up to the Chinese New Year.

On Mecardo this week (view article here), Andrew Woods looked at the profile of the Australian flock, size of flocks & clips, as well as the demographic of producers.

The average wool clip in Australia is 61 farm bales and is drawn from a flock of 2,423 sheep.

Next week 41,790 bales are listed with all centres selling on Wednesday & Thursday only, with a recent decision not to hold sales on Tuesday (Chinese New Year Day). 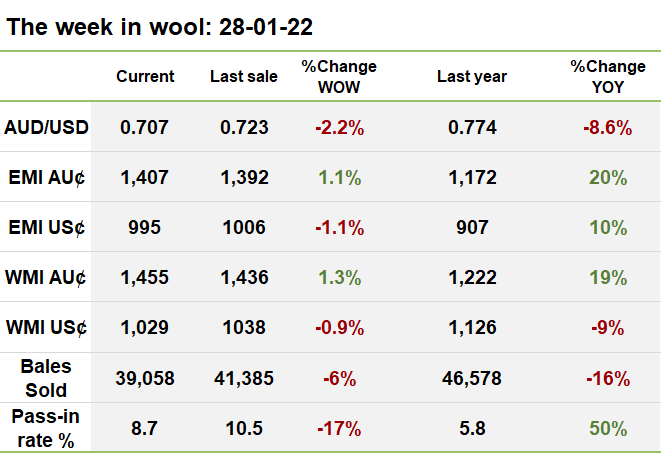 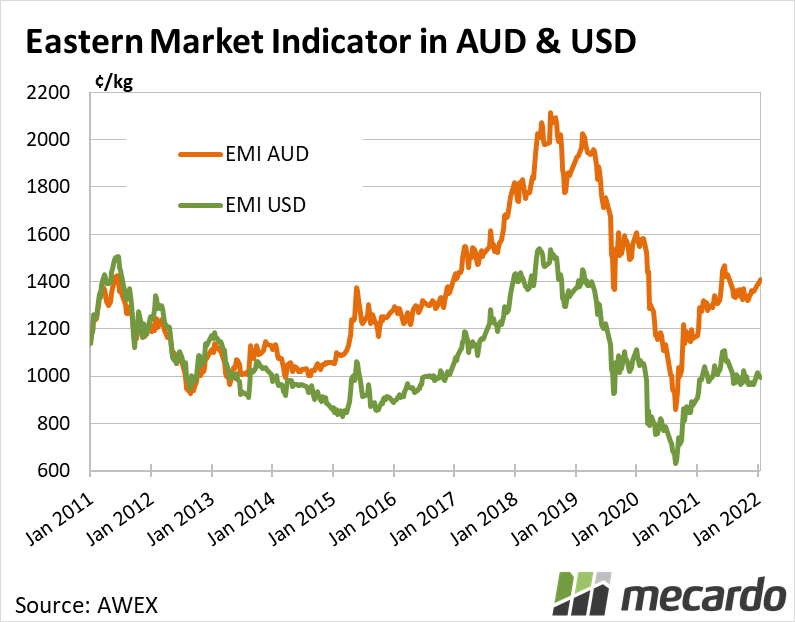 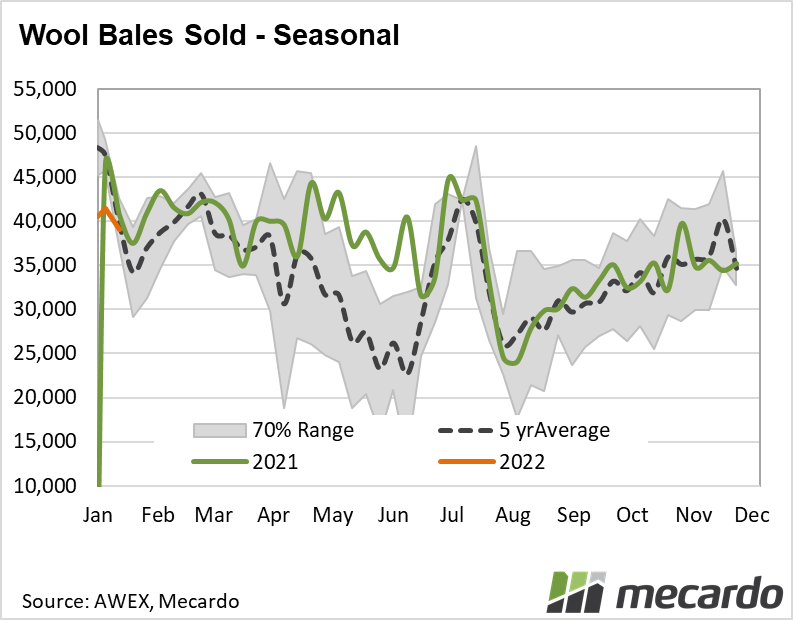