Saleyard lamb and mutton prices took a mighty hit last week (much akin to a tackle from ScoMo), but this was thankfully short-lived. Most categories rebounded and corrected their recent losses this week.

East coast lamb yardings last week continued to track at close to five-year average levels, with 172,915 head yarded. Sheep throughput tested the upper range of what is expected at this time of year, with 74,834 head yarded, 23% higher than the five-year average.

Weekly slaughter figures suggest processors have been pushing to maximise kill rates after the short weeks in April. The first two weeks of May each saw 350k lambs processed, which was stronger than the same period in 2021, and just shy of the five-year seasonal average.

The wet weather and recently cheaper market was likely to have kept stock away from yards this week, lending support to price. The Victorian market was also propped up by a supply delay from Tassie, with ships reportedly unable to move due to bad weather.

The Eastern States Trade Lamb indicator moved up 32¢ to 806¢/kg cwt, which is just 7¢ below the same time last year. In the west, trade lambs lost 59¢ over the week to settle at 548¢/kg cwt. A harsh number to swallow, given in March this year trade lambs were selling for 800¢+ there.

The biggest move higher on a national basis this week came from restocker lambs and mutton, jumping nearly 60¢ each. Prices for these categories improved in all states, but South Australia and Victoria were the standouts. The National Mutton Indicator finished the week at 619¢/kg cwt, 17¢ lower than the same time last year.

Whether the price spike was a dead cat bounce or a return to market balance will be revealed next week. Many producers in western Vic and south east SA are still waiting on a solid autumn break, while broadly other regions have received average-above average rainfall in the last month or two. 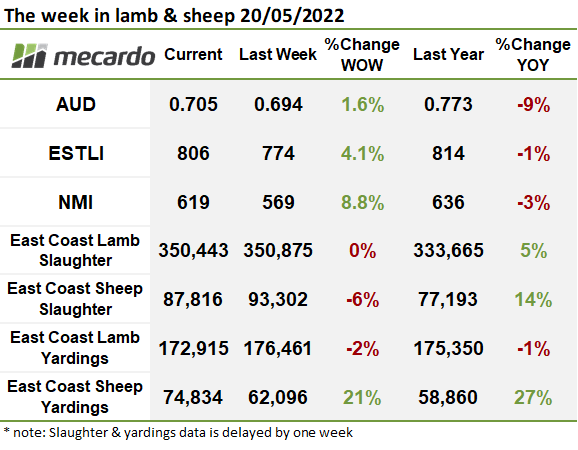 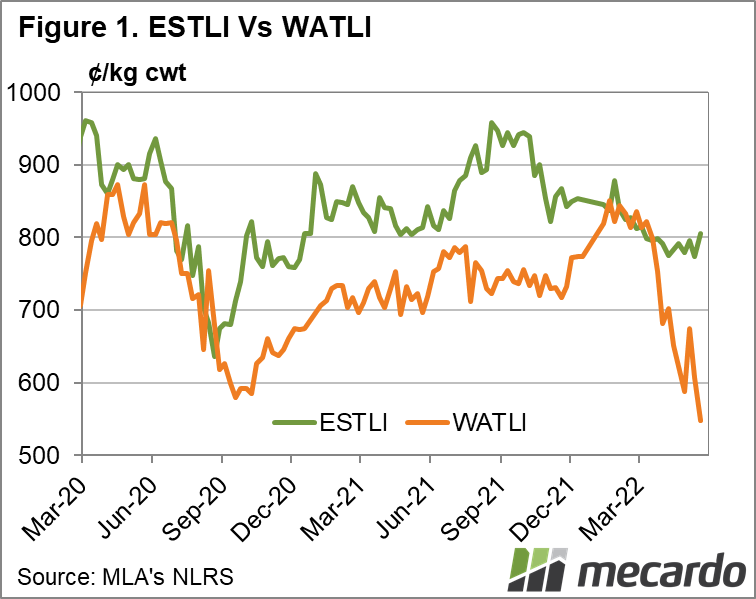 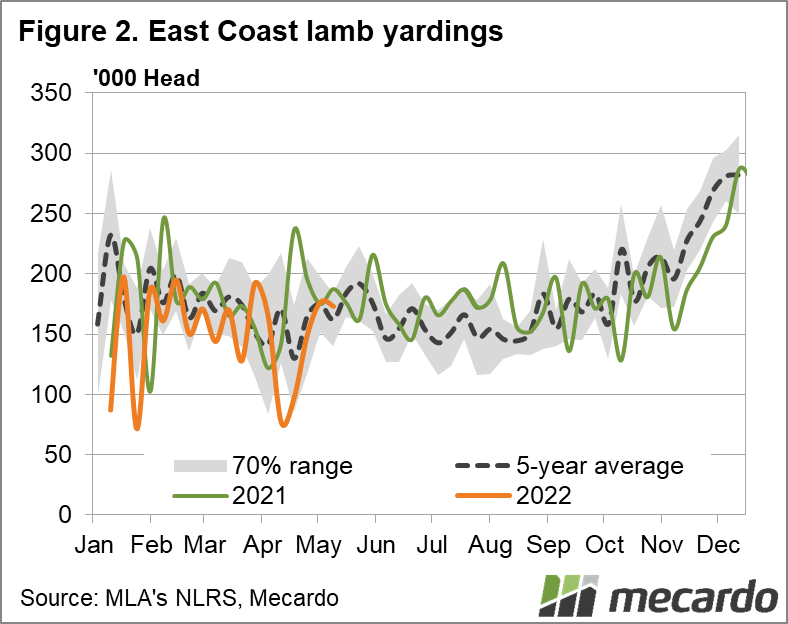