The recent positive market movement came to a halt this week, with almost all sectors losing ground. An increased offering as a result of the recent rises proved too much for the trade to absorb with price reductions across the board, and a resulting sharp increase in the pass-in rate.

The Eastern Market Indicator (EMI) fell this week, losing  27ȼ to close at 1,422ȼ. The Australian dollar lifted continued to strengthen improving by 0.43 ȼ with the AUD quoted at US$0.7167. This resulted in the EMI in US dollar terms easing by 13 cents to settle at 1019ȼ.

The Western Market Indicator also fell, losing 49ȼ to finish the week at 1443ȼ. Fremantle sold 9,203 bales while passing in 27.6% of the offering.

Falls for the merino section were in the range of 20 to 50 ȼ, with the only exception being the Melbourne 16.5 MPG which improved by 23ȼ. It was noted that the fine wool market when viewed in other currencies was not mirroring the same easing as the Au$ price has.

Crossbred wools gave up 17 to 40ȼ in line with the overall falls. Cardings on the other hand were stronger, Sydney cardings lifted 3ȼ, Melbourne gained 20ȼ and Fremantle rose by 7ȼ.

Of broader interest in the textile market, the return of China from holidays caused polyester prices to rise sharply for the week, while cotton prices reached new peaks for the week although there were reports that the cotton market may be peaking.

On Mecardo this week (view article here), Andrew Woods looked at the current market where fine merino wool is outperforming its “wool cousins”.  Fine merino premiums remain at high levels by historical standards. The question is how long will they remain at these levels. History suggests that after mid-2022 the current cycle of high fine micron premiums will be getting “old” with the implication of the risk of lower premiums.

Next week another large offering of 55,802 bales listed with all centres selling, with Melbourne hosting a specialty Tasmanian sale consisting of 6,310 bales. 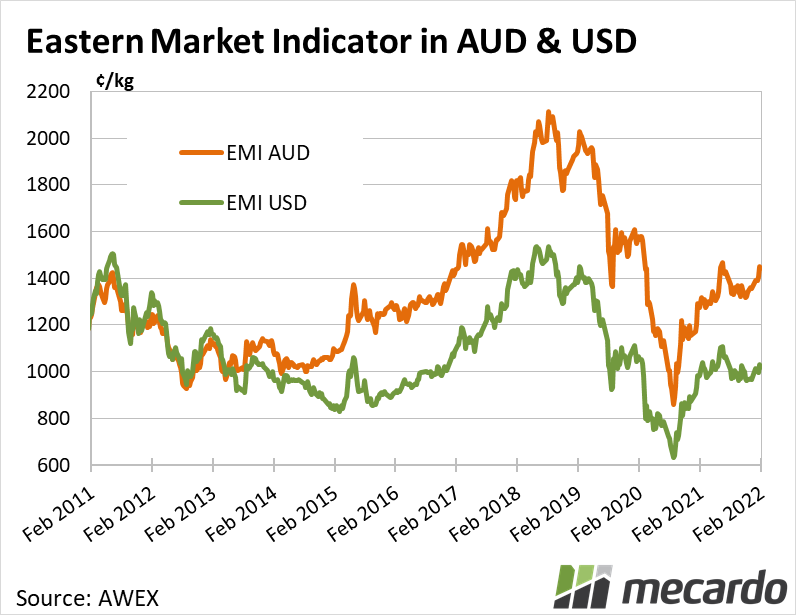 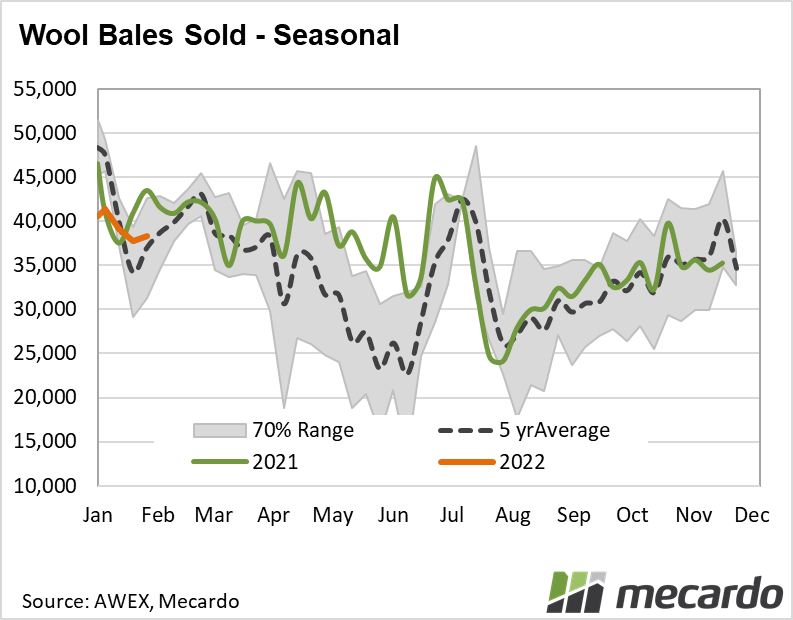