Lamb prices ended the week lower in most states. It does seem that supply is driving the price moves, with last week’s price improvements on the back of a sharp drop in yardings, and early reports suggesting bigger numbers of young lambs finding their way to Victorian yards this week.

Mutton prices continued to fall this week, with the National Mutton Indicator dropping another 7ȼ to 608ȼ/kg cwt.

There is a way to go yet, in rising supply, before chains are full and prices come under significant pressure. It is the surge in Victorian lambs we see during September to November that is usually the catalyst for the ESTLI to reach its seasonal low so a big step down in price isn’t likely to come until the Victorian throughput starts to swell. 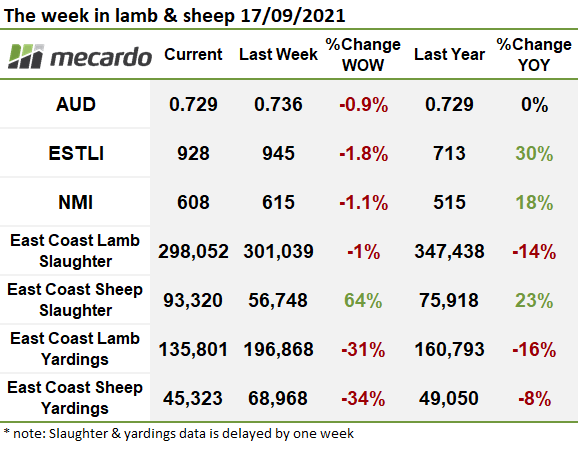 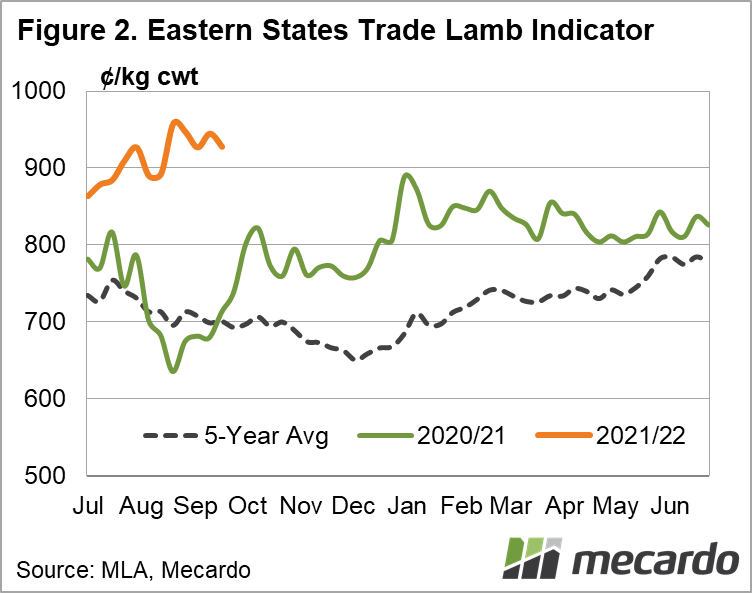