Supply up in the North

Another relatively subdued week for prices considering more cattle were on the move in the NSW and Queensland. Larger downside risk is still looming though, with US demand weakening and export prices continuing to soften.

A big lift in yardings on the east coast saw a total of 56,414 cattle yarded for the week ending the 3rd of July. All states contributed to the 22% increase, but both NSW and Queensland really ramped up the numbers, with little rain hitting the ground there leading up to July. The total number of cattle yarded was actually above the five-year average seasonal level, for the first time since April (Figure 1).

The Eastern Young Cattle Indicator (EYCI) eased 13¢ or 2% on the week to finish at 751¢/kg cwt. Restockers demonstrated more enthusiasm in Queensland and have continued to support the market.

Heavy Steers were slightly higher in NSW and QLD, but things have certainly take a negative turn in Victoria. The Heavy Steer Indicator in Victoria lost 32¢ to close at 368¢/kg. It was Restockers that really pulled back the reins in Victoria, perhaps concerns around border movements playing into effect. Restocker steers in Vic were down 64¢ on the week prior.

This week on Mecardo we looked at how our export markets fared in June (view here). While demand from some of our key partners remained robust, it’s a different story in the US. The benchmark price for Australian beef into the US – the 90CL frozen cow price slide lower again, down 2% to 694¢/kg.

Some precipitation is on the way for inland of the eastern coast in the next 8 days, with the map showing the 50% chance rain outlook by the Bureau of Meterology. The longer term forecast is still looking positive for much of the country, so we’re unlikely to see supply stay near the levels of last week. 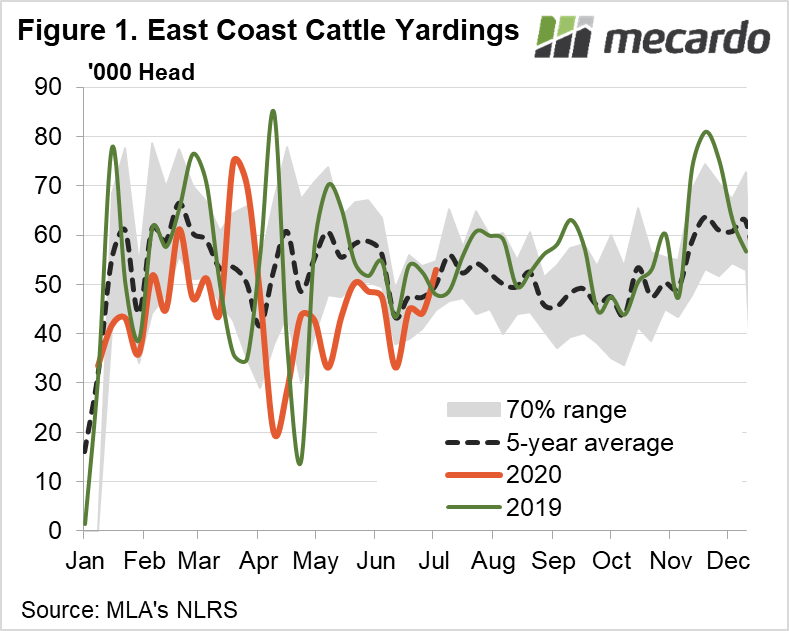 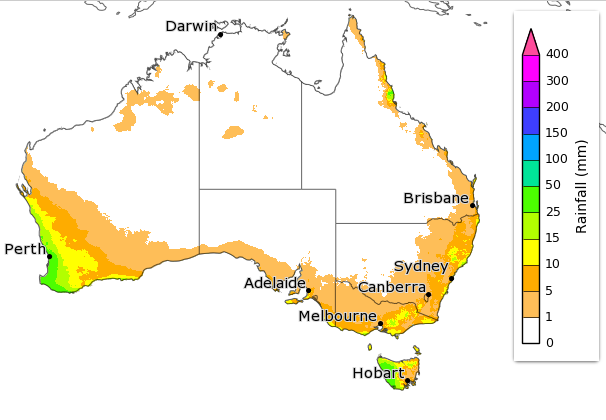