Surprise in WA gives a new record for wheat.

The Australian Bureau of Agricultural and Resource Economics and Sciences (ABARES) released their February Crop Report last week, and it contained a few upgrades. Thanks to an increase in WA, Australia has got a new record for wheat production.

The massive crop which was predicted for the east coast back in December largely came to fruition.  In the West, a worse than average season was thought to predicate a worse than average crop.  The 10-year average wheat production in WA is 8.37 million metric tonnes (mmt). In December, ABARES predicted production of 8.15mmt, but in the February report, this was bumped up by 17%, to 9.5mmt.

SA had a small decrease in wheat production estimate, down by 2% to 4.8mmt, but this wasn’t enough to stop a new national record from being set.

Figure 1 shows Australian wheat production, and how the February estimate compares to September, and the last 20 years. The February crop report estimate is for a new record of 33.34mmt.  This is a 7% lift on the December estimate, and 5% above the previous record set in 2016.

Barley yields did manage to hit a new record, at 2.97mmt, but the smaller area meant that total production missed out on the record by half a million tonnes, or 3%.  Figure 2 shows barley production was up 45% on last season and was the second highest on record.

The largest export program ever conducted was in 2016/17 when 22.6mmt of wheat was shipped out of the country.  A similar program this year would leave 11mmt for domestic use and stocks building.  Last year domestic use was estimated at 8.7mmt, but this year should be lower with more grass on offer.

For prices, this means second half values will remain subject to international prices, and new crop values.  If holding on to stocks, it’s important to understand that basis isn’t likely to improve, unless the season turns bad in the autumn or winter. 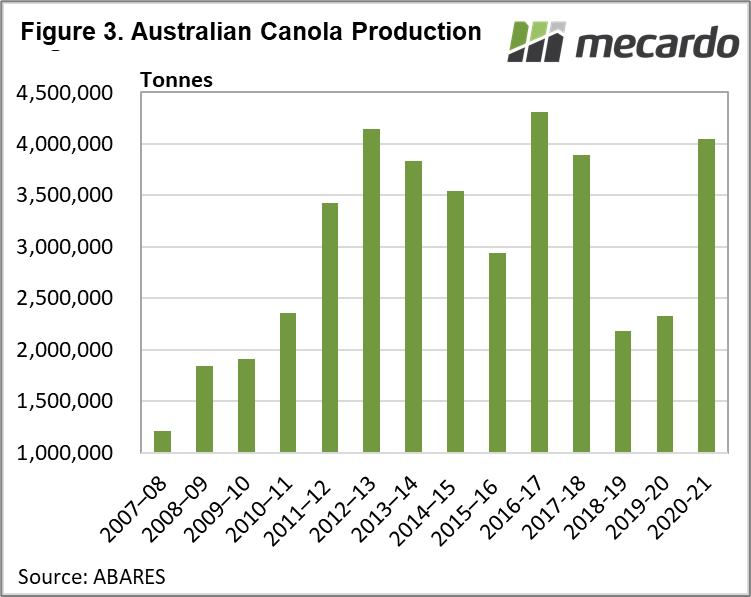