The four months to October are when most of Australia’s lambs are born, and as such the October lamb survey gives us the best idea of lambs supply for the first half of the year. Recently Meat and Livestock Australia (MLA), and Australian Wool Innovation (AWI) released the October survey results, and we look at the key numbers.

Historically the October survey has shown between 40 and 50% of the year’s lamb crop is born in the four months to October.  Winter and spring lambing operations make up the majority of sheep enterprises, and thus produce some of the lambs.

The October survey gives the best indication of lamb supply for the first half of the following year, as most are born in this period.

The end result is the number of lambs produced being down 5% on October 2017.  There were 3% fewer Merino lambs, and 6% fewer other lambs marked, which is 1.1 million head of Merinos, and 700,000 fewer other lambs.

With no October 18 data it’s a little difficult to make comparisons, but we are already seeing the results of tighter lamb supplies.  The spring and summer have seen fewer lambs slaughtered, and that trend is likely to continue, especially given the rain in recent weeks.

Lamb prices are already strong, and given there are fewer lambs out there, and demand remains strong, it is hard to see prices easing far until supply improves in the second half of the year. 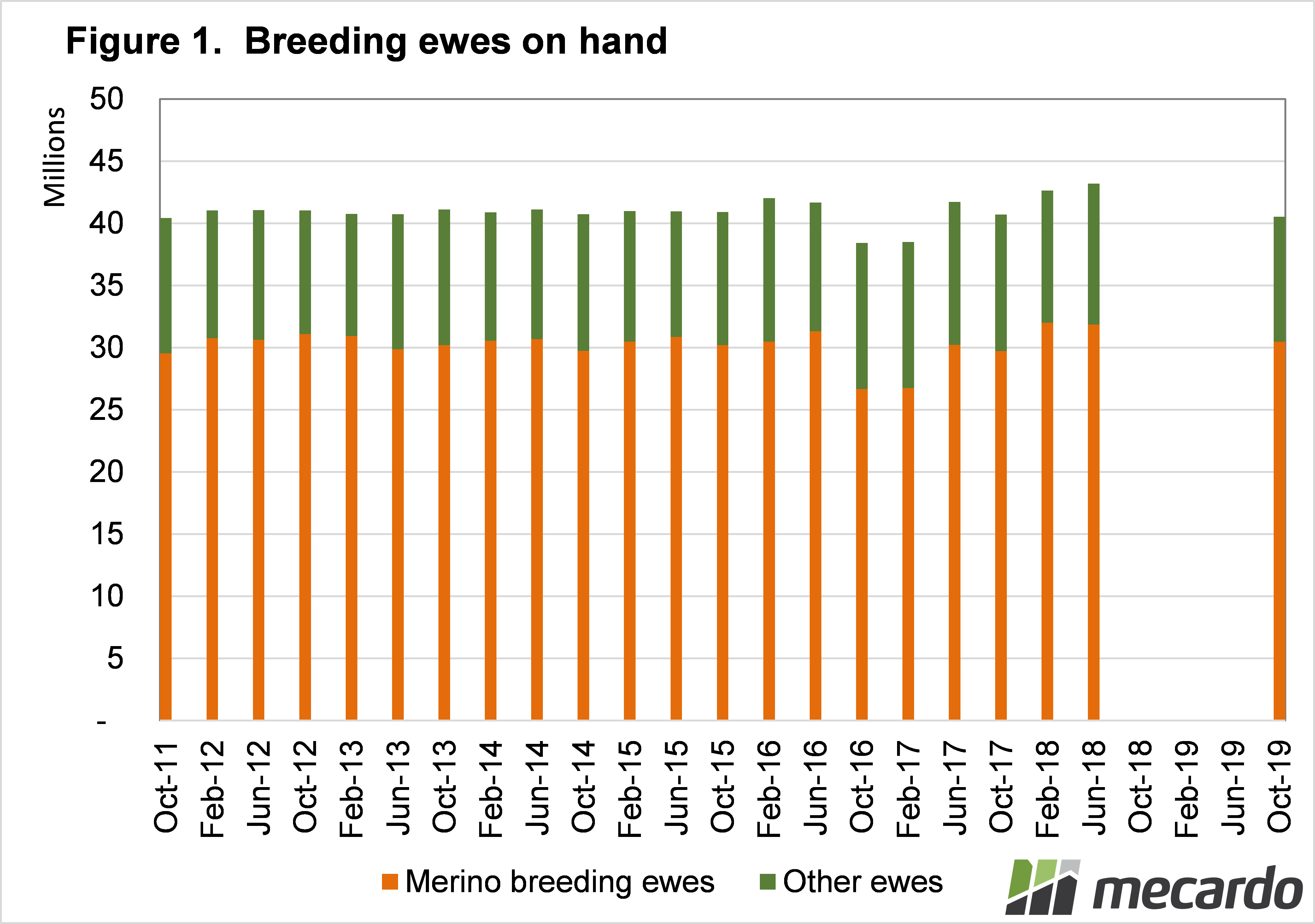 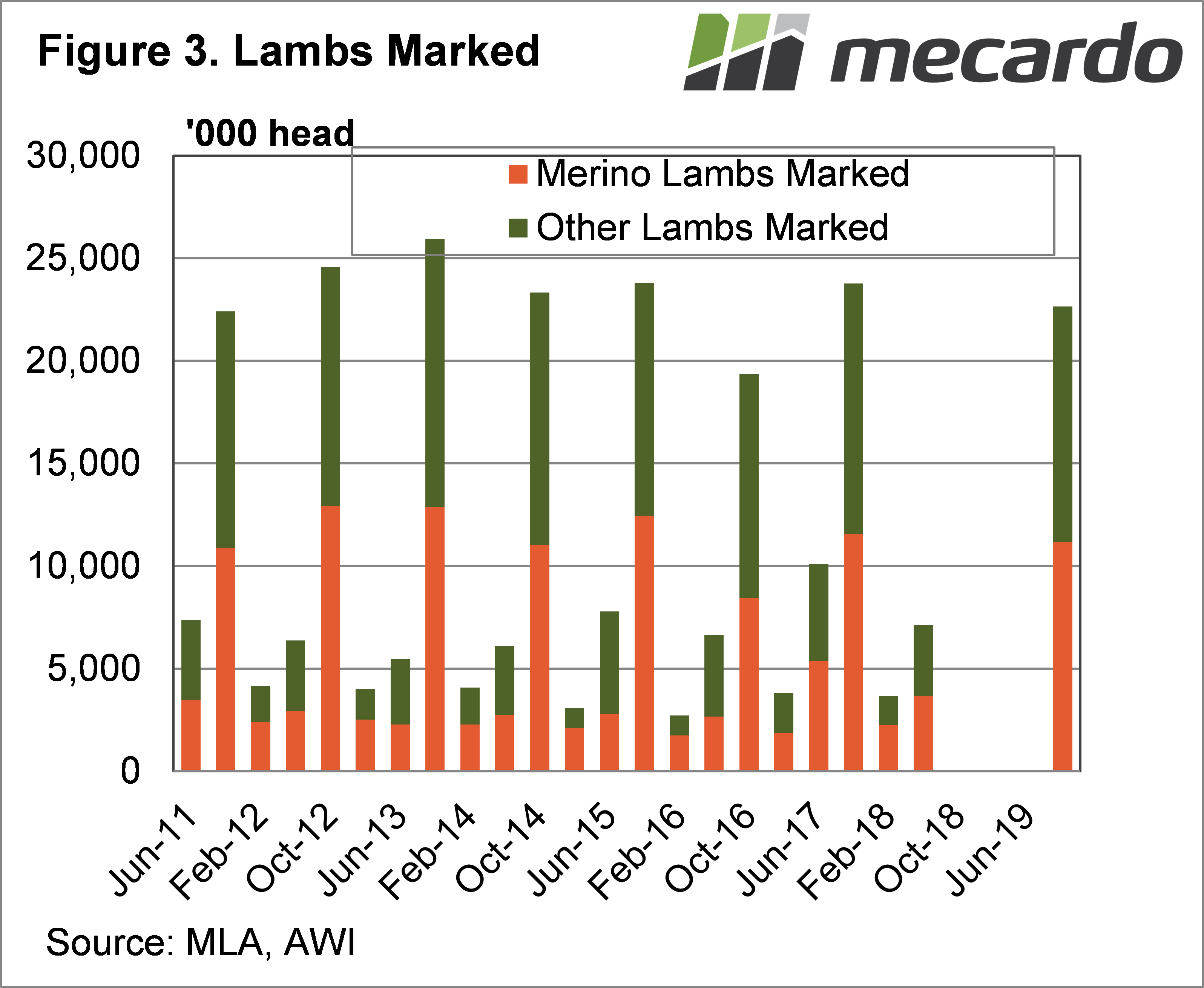