Long time readers will know that the Australian lamb market is largely driven by export demand. While the domestic market is still our biggest single market, the proportion of total production that goes to exports has steadily increased over the last 15 years. Demand from the export market also shifts more quickly, and just as it was the cause of price decline, it’s recovery is now flowing through to saleyards.

In September Australia had its biggest lamb export month since April.  This was despite slaughter restrictions in Victoria and illustrates why kill rates in other states were able to rise.  There was again money in exporting lamb.

Total lamb exports for September were up 14% on August, 7% on September last year, and 19% on the five-year average.  The lift in exports compared to August accounted for around 130,000 head of lambs, which obviously helped cope with increasing supplies.

The good news was lamb exports to the US continued to increase.  Whatever you think about the policies and level of COVID-19 infections in US, the opening of their economy has been good for lamb prices.  Figure 1 shows Australian lamb exports to the US were higher year on year for the fourth month in a row, and up 25% on September last year.

Lamb exports to the Middle East returned to similar levels to last year, having spent most of this year well behind.  Again, lamb demand appears to be improving, although the lack of mutton supplies for the Middle Eastern market will be helping, with some shift to lamb.

The bad news was from China. While exports recovered 7% from August, they were down 28% on September 2019 (figure 2).  September last year was strong, and Chinese exports were still above the five-year average, so demand is still ok, but prices are usually better when China is buying strongly.

Figure 3 shows that high value demand has improved, with rack prices seemingly having bottomed out, and are now on the way up.  A basic calculation puts the rise in rack export prices from the low at $4/kg in our terms.  If we say a rack to the US weighs 750 grams, and there are two racks per lamb, the increase in value is $6 per lamb.

An increase of $6 per head doesn’t sound like much, but it’s important to note that the rise in export prices has coincided with rising supply, indicating that demand is better.  Additionally, other high value cut prices will also be improving, as will competition, leading to higher prices.

With lamb prices continuing to rise in October, it suggests export demand continues to soak up increasing supplies.  There is still plenty of room for stronger exports to the Middle East and China, and even to the US, which should help keep a floor under the market. 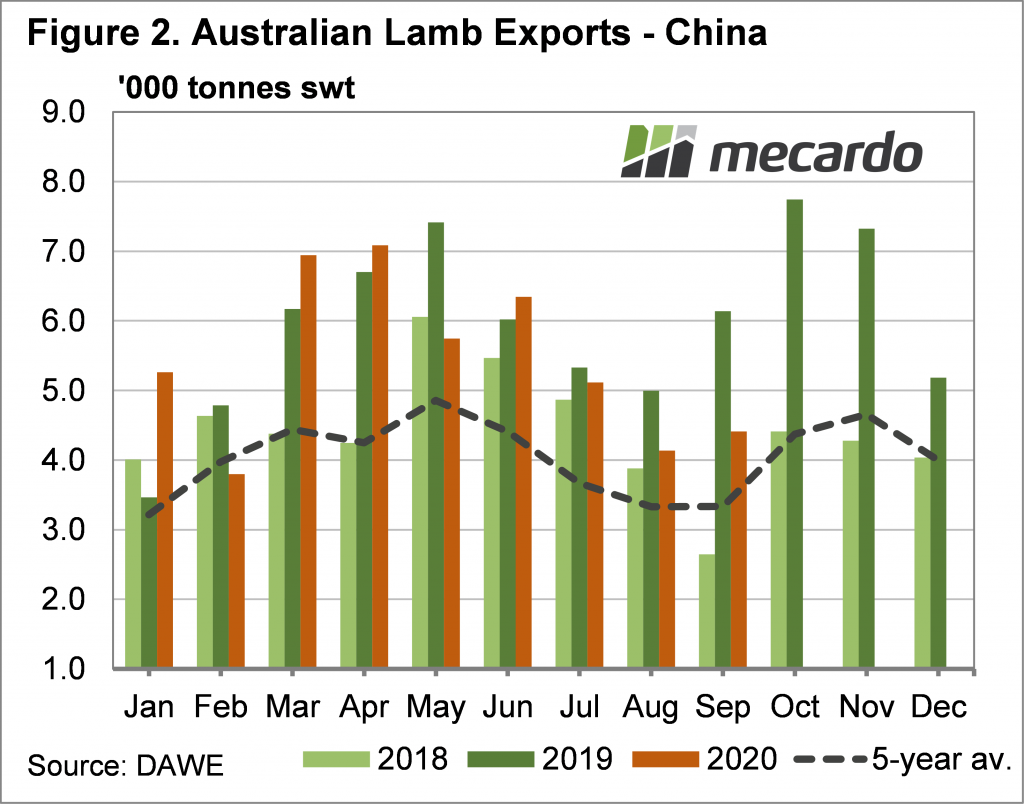 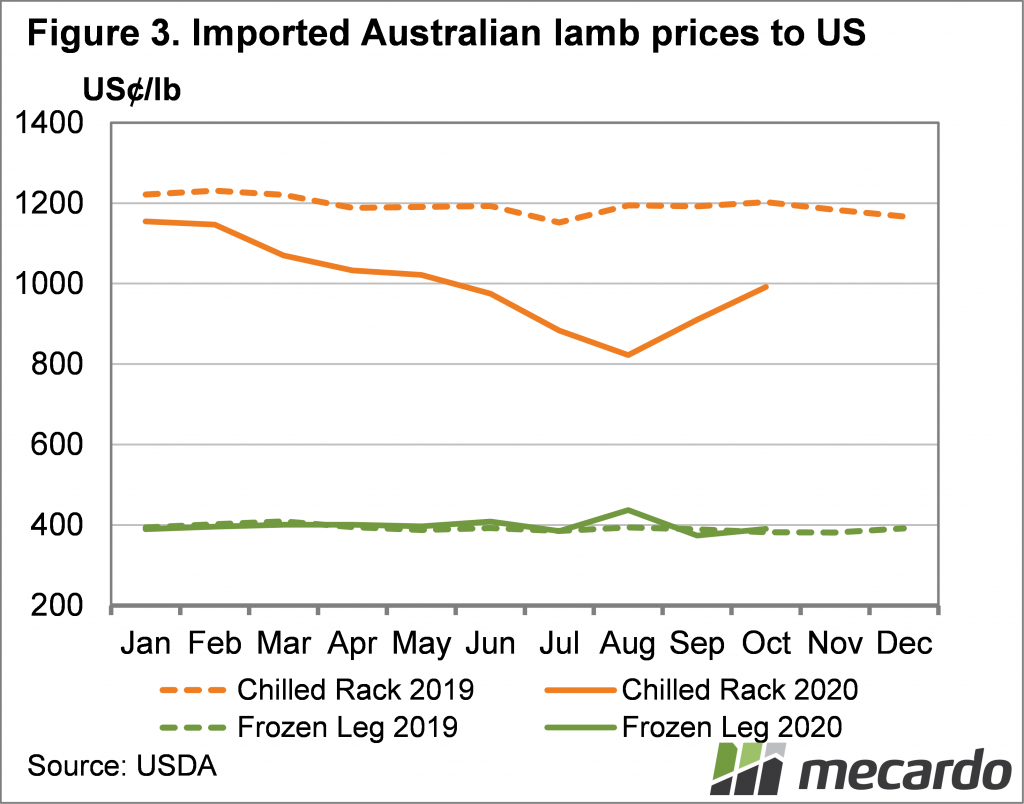