The fruits of the rebuild yet to be realised

A fortnight ago cattle slaughter jumped higher, nearing a high for the year, and moving past the same week in 2021. It will have to remain at strong levels for the rest of the year to have a meaningful impact on price, and to reach slaughter targets.

Cattle slaughter was low in 2021.  The official number came in at 6,016,200 head, the lowest level since 1985 and a huge 16% lower than the previous year.  In 2022 we were supposed to see the herd rebuild start to lift cattle supply and slaughter numbers.

Figure 1 shows that for the first five months of the year at least, the herd rebuild has failed to bear fruit.  The official number are in from the Australian Bureau of Statistics for the first quarter, and total cattle slaughter was down 5.8% on the March 2021 quarter.  There was a little improvement in  male slaughter, up 2.4%, which is a sign more calves were born in 2021.  Female slaughter was down 15.6% year on year in the March quarter, as the herd rebuild continues.

We can see in figure 1 that slaughter rates didn’t improve in April and May.  With Easter falling in April this year, slaughter since the end of March has been down 8% on last year on the east coast.  It’s safe to say that for the year to date cattle slaughter is down between 6 and 8%.

Meat and Livestock Australia’s projections are due for an update at the end of this week, but it’s worth taking a look at where things were expected to head.  MLA forecast a 12% increase in cattle slaughter in 2021, to 6.7 million head.

To reach 6.7 million head cattle slaughter would have to be over 4 million head, 50% higher than the first half of the year.

The recent lift in slaughter does make it look like levels might match last year, which would see annual slaughter end up somewhere in the 5.7-6 million head area, yet it would still be close to another 40 year low.

We know demand for Australian beef is stronger this year than last, but prices have also been bolstered by tighter supply.  Figure 2 shows the Eastern Young Cattle Indicator (EYCI) has been largely tracking sideways this year, and winter is when we usually get an uptick.

This year it looks like a more sideways might result instead, with stronger slaughter expected, before easing values late in spring, in line with what used to be reliable seasonality. 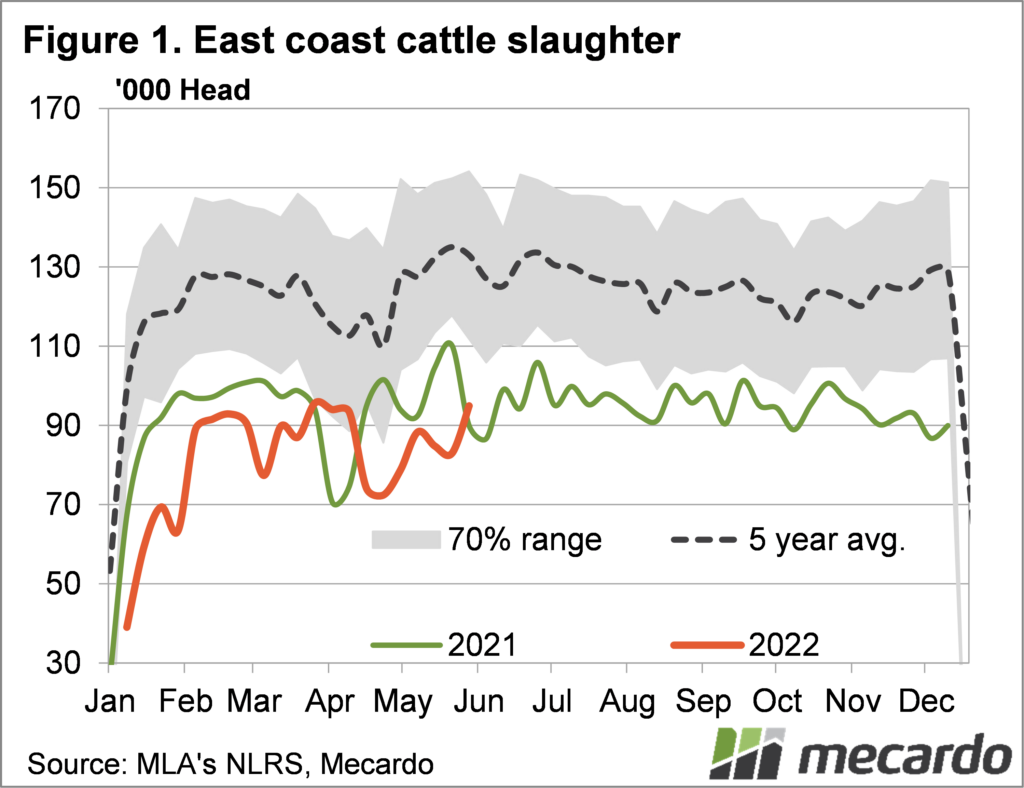 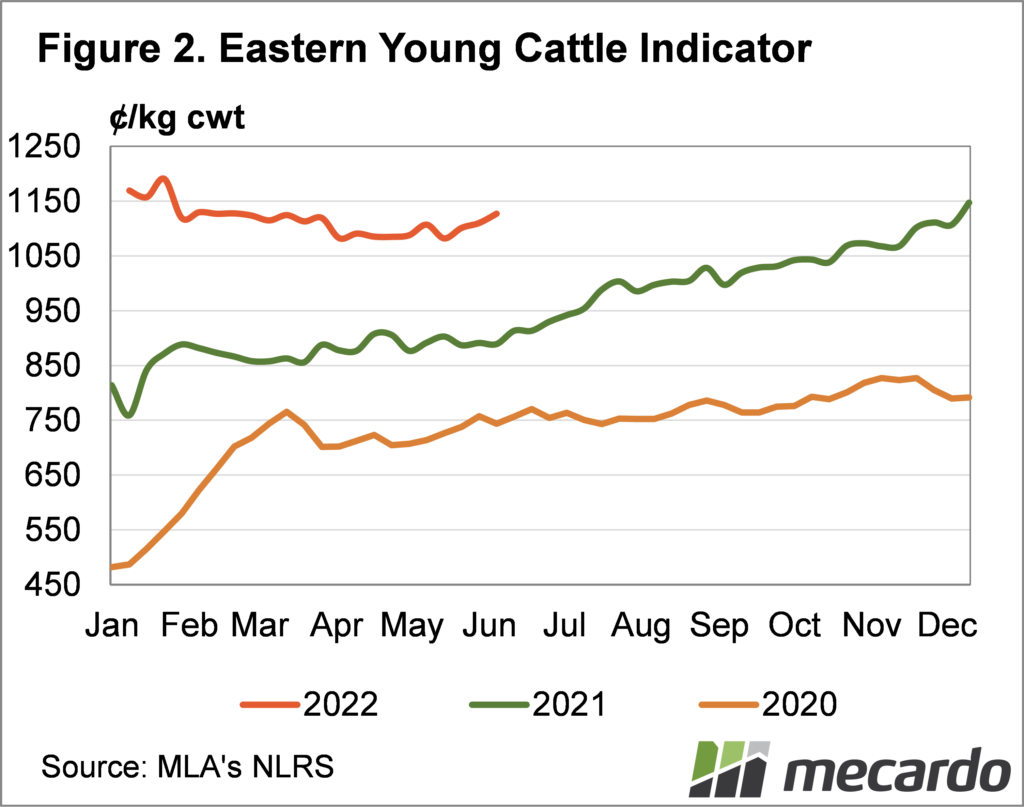