Last week we touched briefly the relationship between biodiesel production and world demand for oilseeds. Today we take a closer look at what is driving the biodiesel market and what it might mean for Australian canola producers.

World biodiesel demand and production is supported by various mandatory government renewable fuel policies. The top four producers of biodiesel in the world are the EU, US, Brazil, and Indonesia (figure 1), but the feedstock mix varies considerably between producers.

From an Australian perspective, the EU is the most relevant biofuel market to consider, as in 2020, it utilised 6.1mmt of canola oil as biodiesel feedstock – the equivalent of 16mmt of canola seed. However, the indirect impact world biodiesel demand has on the overall oilseed complex, and hence canola demand and prices is significant.

Biodiesel demand is an important component of total world oilseed consumption. Growth of around 5% is expected from this market in the next decade, reaching 51 billion litres. Looking closer at the expected trajectory of the EU’s requirements are predicted to contract in line with a general trend towards a lower requirement for transport fuels, while the US situation is expected to be similar (figure 3). Counterbalancing these losses are increasing needs from the developing world such as Brazil and Indonesia as their overall transport energy requirements grow, and along with it, biodiesel demand by way of their renewable fuel blending mandates of 13% and 30% respectively.

Of special interest to Australian canola producers, is that palm oil is considered a source of potential environmental damage. The EU is phasing out the use of this biodiesel feedstock by 2030, of which it consumed 2.4mmt annually, and is moving towards other alternatives such as canola. In addition, Indonesia may implement a more aggressive 40% blending standard for diesel fuel which has the potential to add significant volumes to world vegetable oil demand, as it intends to drive the country to consume 14.2m KL, or 12.5mtpa biodiesel by 2022 to reduce dependence on imported fossil fuels. This more bullish scenario is not encompassed in the FAO forward estimates out to 2030, depicted in figure 1.

When considering the longer-term prospects of oilseed production, including canola, future biodiesel demand is an important factor to take into account. Biodiesel demand is largely influenced by the renewable fuels policy settings in various countries, as well as overall transport fuel requirements. With the EU looking to move away from palm oil use, likely underpinning canola demand by up to an extra 6mmtpa, or 30%, and Indonesia intending to aggressively ramp up palm oil use in biodiesel if possible, future demand for canola looks highly secure. 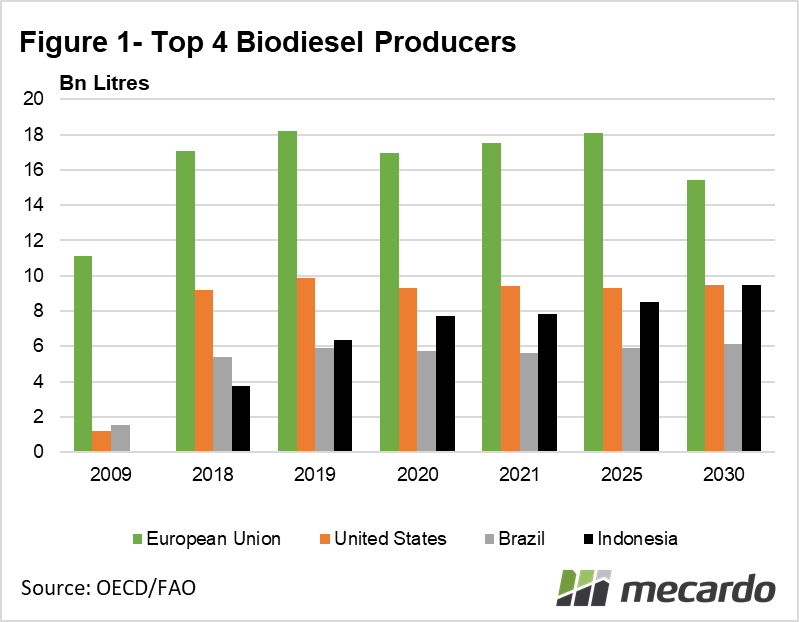 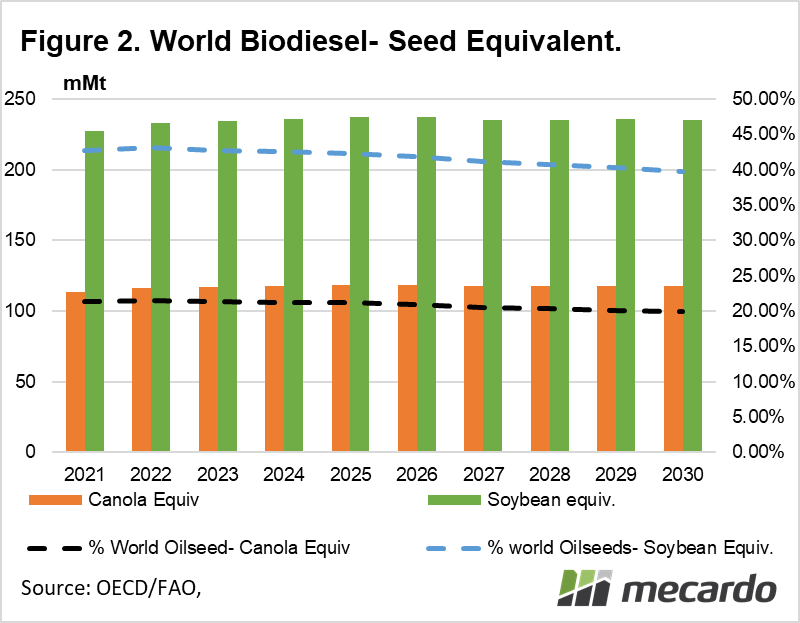 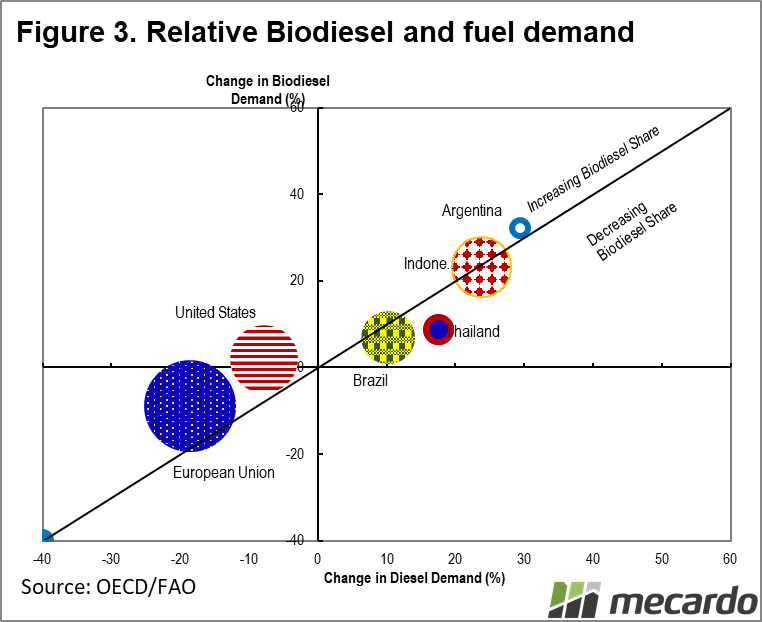