La Niña, Spanish for ‘the little girl’ brings plenty of rain and humid weather. While spring rain is good for crop supply, especially in southern cropping zones, wet weather on a ripe crop is not good for quality. This might be the year to take come cover on price spreads, if you can still get it.

The last big La Niña ran from April 2010 to March 2012, spanning two harvests, causing a significant boost in yields, but also degradation in quality.  During the 2010-11 harvest, there were some exceptionally large rainfall events on a crop that was ready to harvest.

The heavy rains during harvest spanned almost the entire east coast crop area, causing harvest delays and seeing many cereals sprouting in the head. Falling numbers testing machines (Hagberg falling number – HFN explainer) were quickly put at testing stations, and huge amounts of wheat was downgraded from milling to feed quality on account of being shot and sprung.

Luckily, we can look back at what happened with wheat production and quality from 2010 to 2012 as in those years the very handy wheat stocks report was produced by the Australian Bureau of Statistics (ABS).  Unfortunately, the report was discontinued in 2012, but it covers an important period.

The huge feed supply of 9.7 million tonnes couldn’t be worked through in 2011, and saw feed grain move to a large discount to milling wheat.  Figure 2 shows the point when feed milling wheat got expensive, and feed barley cheap.

ASW moved to a $100 per tonne premium to feed barley (figure 3) and feed wheat. Those who secured fixed spreads on wheat multigrades were sitting pretty, while those who hadn’t delivered some very cheap feed wheat.

Multigrade spreads on wheat contracts are currently sitting at -$40 for SFW1 and -$70 for Fed1.  These seem large compared to recent years, but a wet harvest and an increase in feed grain similar to 2010-11 will make these spreads look good.

Delivered SFW1 prices into port facilities and feedlots are not far off site prices for milling grades.  For producers growing feed wheat varieties, locking in what are still historically good prices might be prudent, given the forecast. 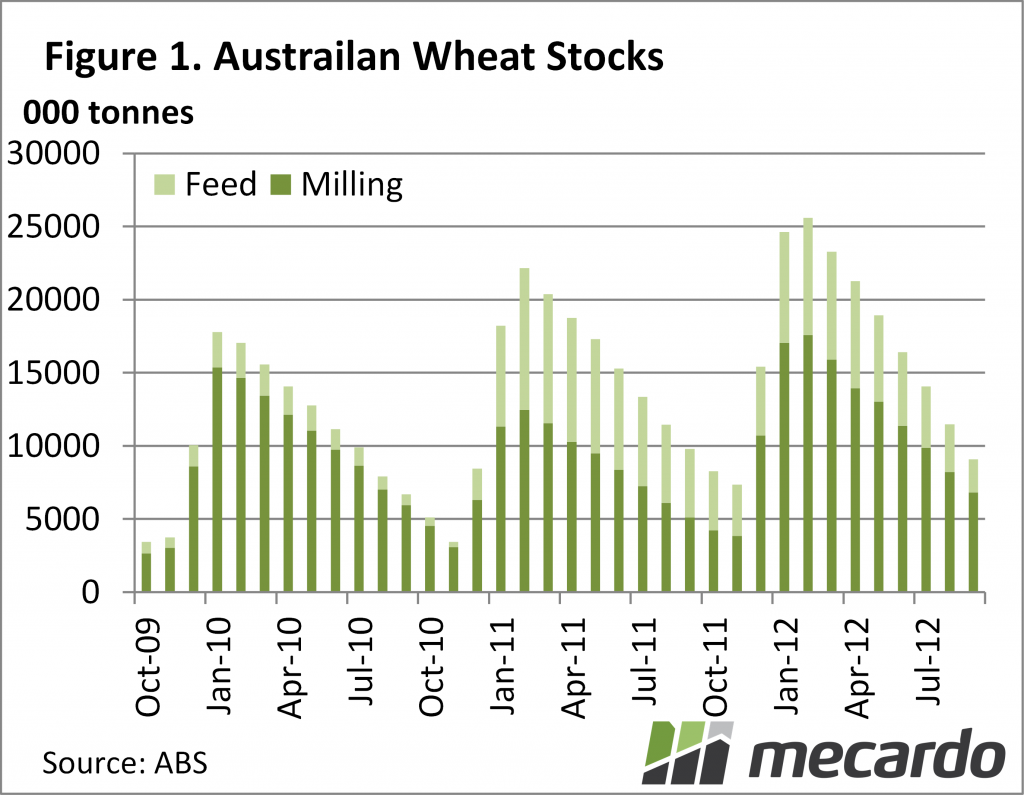 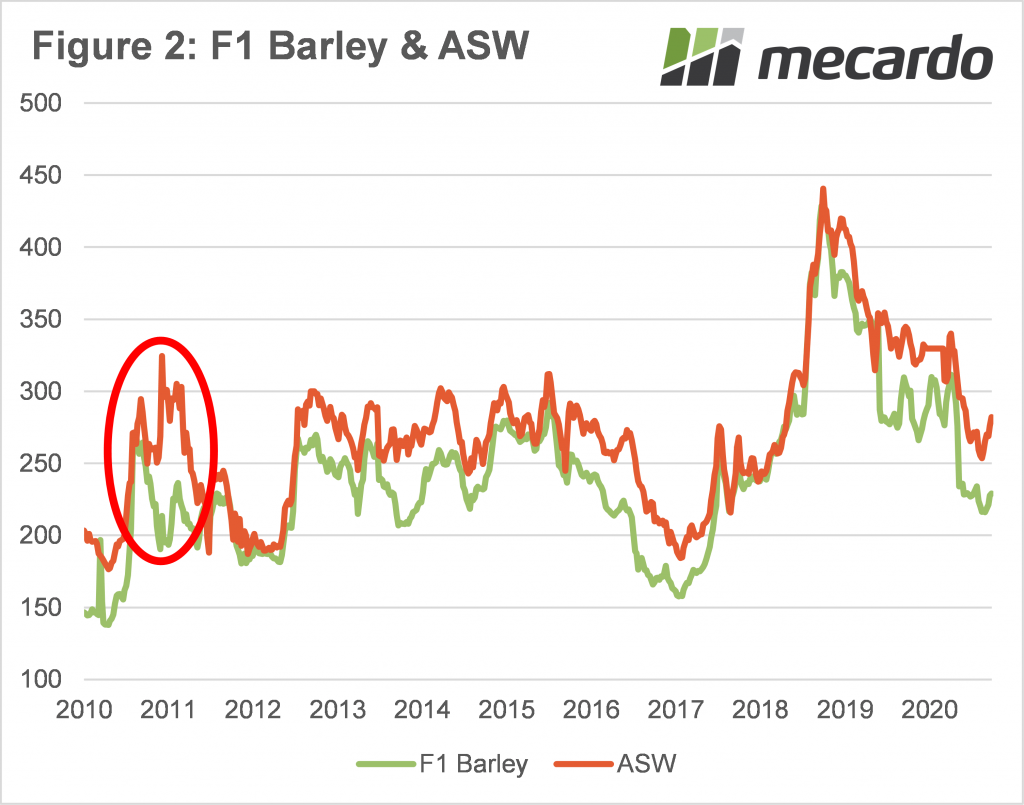 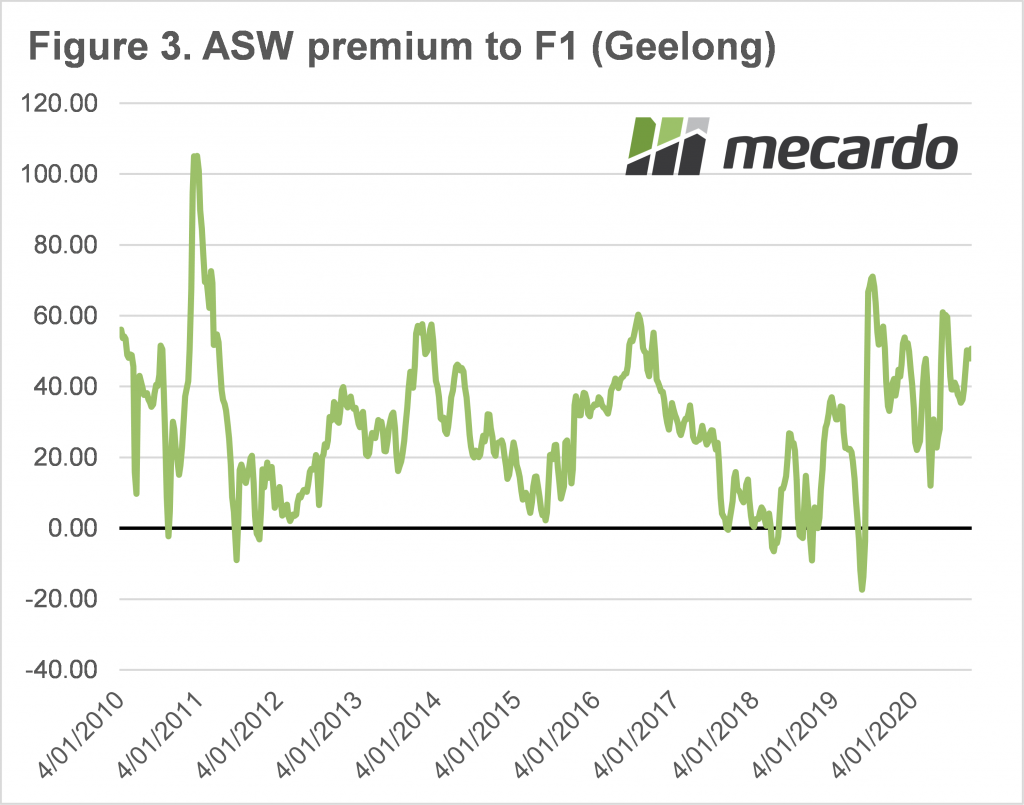