It is now almost a weekly theme for the wool market to post lower prices, with high pass-in rates and pre-sale seller withdrawals contributing to low volumes purchased by exporters. Much of the blame this week can be sheeted home to the strong Au$ however this was no consolation for growers who again witnessed a tough market to sell in.

As a result of the depressed market there is a growing stock of wool in broker stores as reported by Andrew Woods on Mecardo, this is estimated to now be up to 11% of annual production.

The pass-in rate was higher at 25.7% nationally with 17,018 bales cleared to the trade. 10.3% of the original offering was withdrawn prior to sale with Sydney & Fremantle selling only 3,606 & 3,775 bales respectively. Season to date there have been on average 7,023 bales fewer sold per selling week compared to last season.

AWEX reported that the falls were across the board, with Merino types losing 39 – 89 cents and Cardings down on average 24 cents. The 32 MPG fell to 271 cents, hitting its lowest point since AWEX reporting began in 1997/98.

Next week a national total of 26,924 bales will be offered with Fremantle selling only on Tuesday, Sydney Wednesday only and Melbourne on both days.

As if we needed any reminder, these are highly uncertain times and definitely not providing any levels of confidence to the wool market. 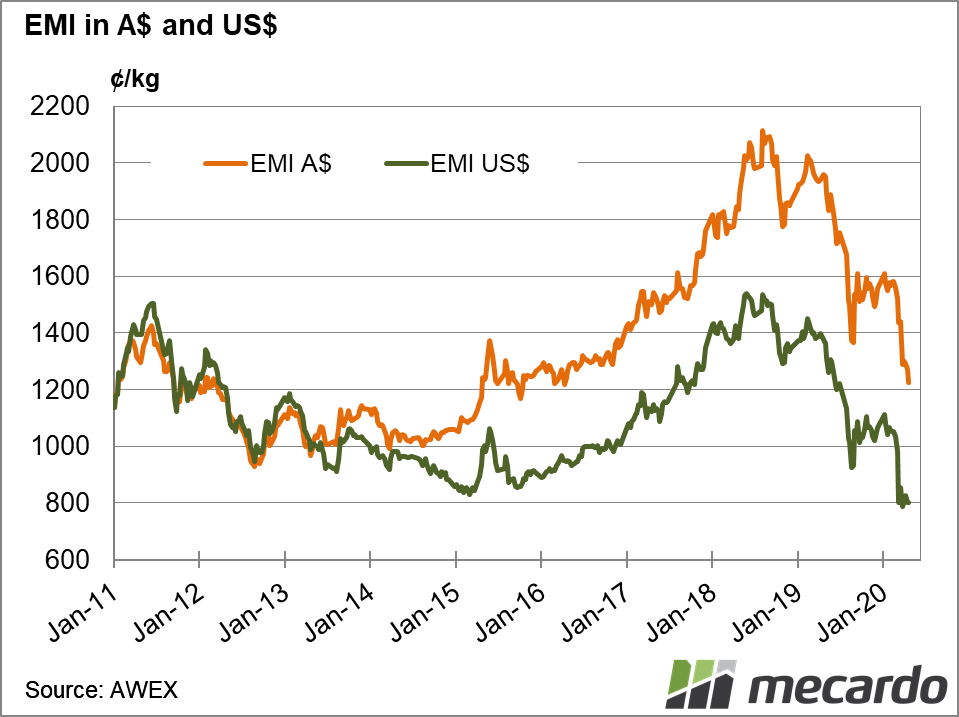 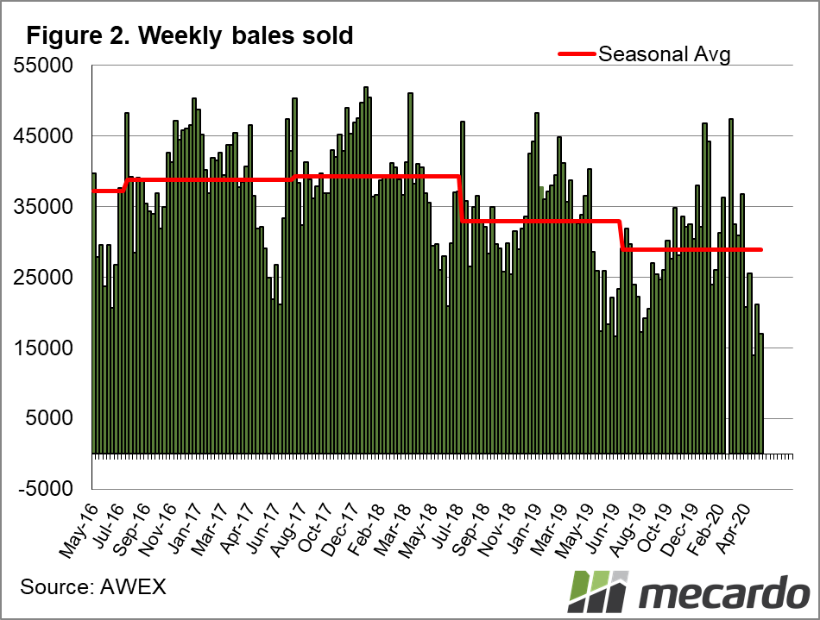