Lamb prices remain in the doldrums, at least relative to the last couple of years. We have been blaming higher supply and processing limitations, and export data seems to confirm this. Without constraints, we could be at record prices.

Export data for lamb was relatively benign in April. Fewer slaughter days saw total exports fall 11% on March (figure 1), with all markets seeing lower volumes, except China which was up 8%.  Compared to April 21,  lamb exports in total were almost exactly the same.

There were some interesting movements within markets however.  Lamb exports to the US were up 14% on last year, while to China they were down 20%. Higher exports to the US and lower to China have pretty much been the norm for the year to date.

A few weeks ago we took a look at lamb demand at the saleyard level, and saw that it has weakened this year. The telltale sign is similar or lower slaughter, and lower prices. At the export level, we are seeing the opposite demand signals.

Figure 2 shows the value of Australian lamb exports, divided by export volume. The export value hit 1,289¢/kg cwt in March, on the latest data, and it was a new record.  After moving above 1,200¢ in November, lamb export values haven’t fallen below.  The stronger values have been driven by our two biggest markets, the US and China.

With lamb exports for the year to March up 8%, and export values in per kilo terms up 33.6%, it tells us export demand is running rampant.

The difference between the Eastern States Trade Lamb Indicator (ESTLI) and export values gives a very rough guide to export processor margins.  While costs have no doubt increased with Covid compliance and labour issues, it is unlikely to have amounted to the 400¢ discount the ESTLI has been running at early in 2022, and nearly 500¢ in March.

Figure 2 shows that the ESTLI has diverged from export values before, but quickly bounced higher when lamb supply tightened again.  Figures 2 and 3 suggest the ESTLI has some way to bounce to get back in the normal range.

Even if the ESTLI just returns to the bottom of the historical range, at 300¢, it will lift it to 950¢.  Over 1,000¢ is not out of the question if export values remain strong.  With the Aussie dollar falling recently, it would appear export values aren’t going to fall too quickly.

The issue for lamb prices at saleyards remains a processing bottleneck.  For lamb prices to realise the potential upside, either processors will have to lift kill rates, or lamb supply tighten.  Generally, we see supply tighten in June, but this year it’s not looking promising.  At least the downside is limited. 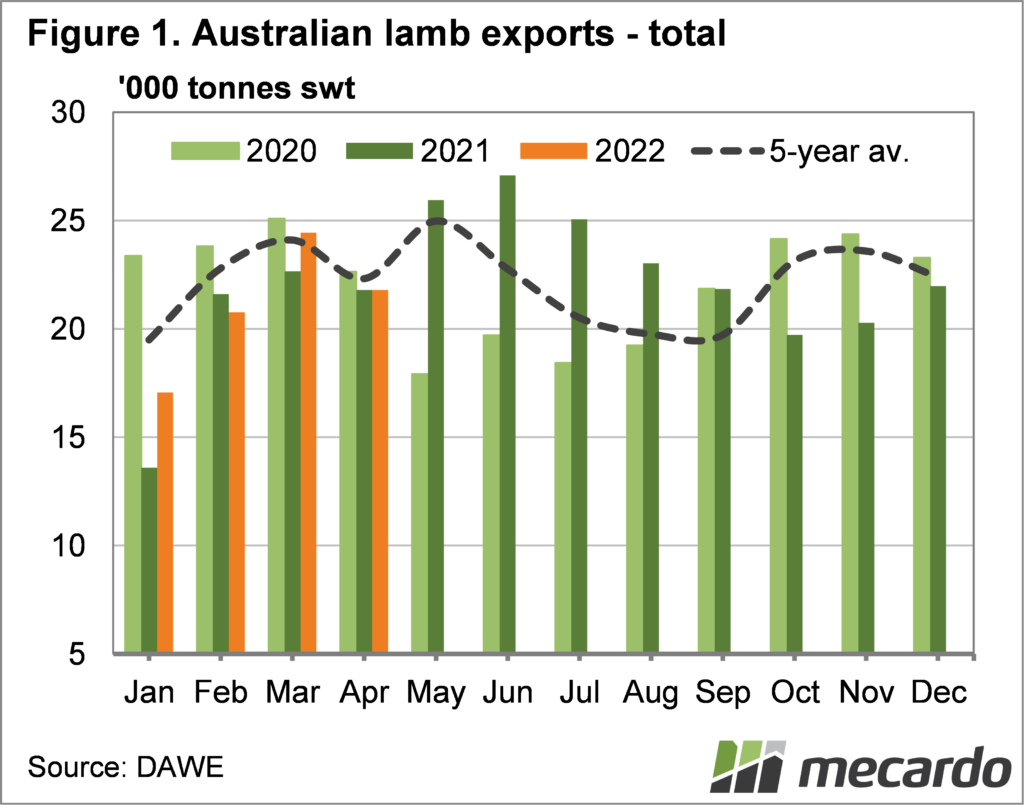 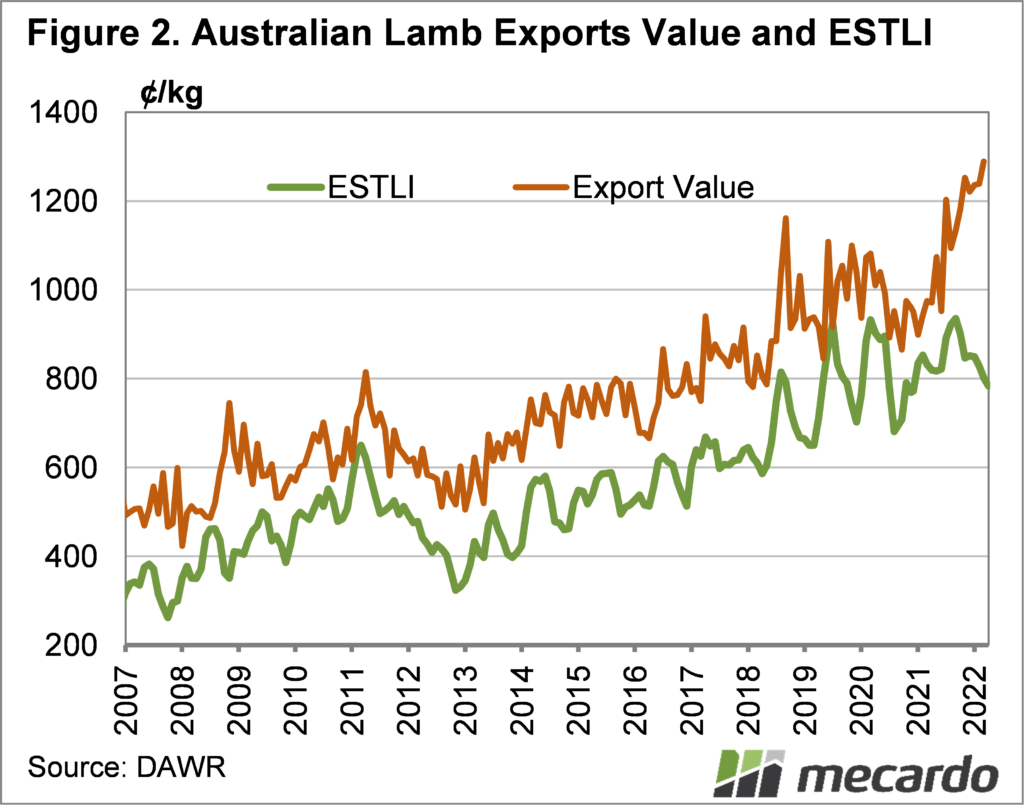 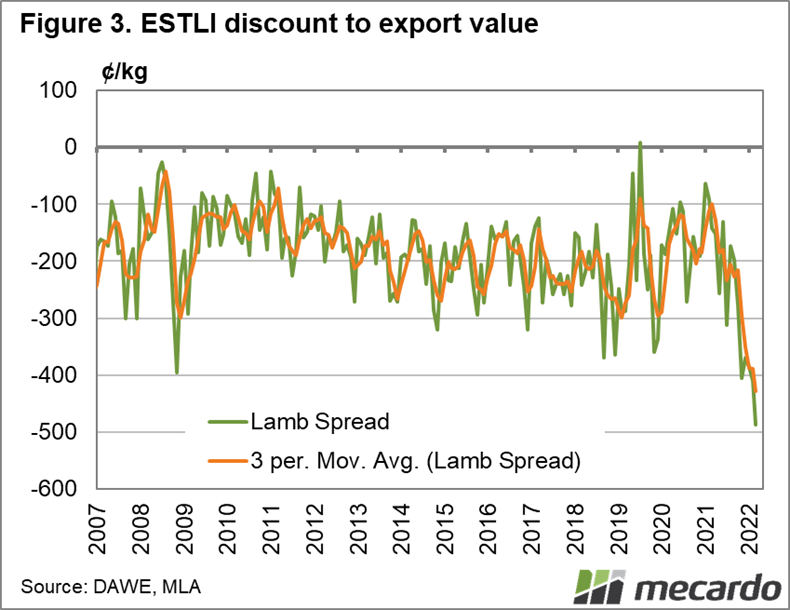