It was a bloodbath in the agricultural commodities last night, indeed the whole week. Since last Friday, Dec ’22 wheat has lost 139¢/bu or $62/t (AUD Futures) and MATIF Nov ’22 canola has also shed the best part of $100/t. The fall has been brutal and possibly the steepest fall in decades. So what is driving it?

For wheat, the catalyst has been the speed of Northern Hemisphere harvest.  US winter wheat harvest stood at 25% last Wednesday and the US farmer is a willing seller.  The new crop arrivals has sent the fund managers (spec crowd) running for the door, trimming their long positions to be net even (bought/sold positions are balanced).

The flood of new season grain hitting the pipeline has also come at a time when US export demand is slowing.  A stronger USD is making US wheat among the most expensive in the world at a time when Russia is expected to reap a huge crop at a significant discount to other origins.  Big end users appear to be sitting on the sidelines, finally seeing a reprieve in prices.  Sooner or later they will step in and start buying, but with such a bearish trend in place, it appears that no-one is in any hurry to hit the ‘buy’ button.

Canola has been hit by a plunging palm oil price, a falling crude oil price, improving US soybean conditions and news that Europe is considering curbing biodiesel production in an attempt to take the heat out of the edible oil market.

High inflation and fears of a global recession also appear to be putting the brakes on the wider market.  At the time of the Global Financial Crisis in 07/08, the agricultural commodity index actually rose 7%, underpinning the notion that food staples are relatively immune to an economic downturn.  The recent action may be simply the managed money looking for safe havens, but it gives me some confidence that there is a floor…somewhere.

The interesting thing about this, is that fundamentally nothing has changed.  Certainly, some of the production concerns have been put on the back burner as harvest commences.  But for all the rhetoric about export corridors and Turkey sending diplomats to Moscow to further negotiations, Russia continues to shell Ukrainian ports (both Viterra and Bunge had facilities hit in Mykolayiv this week).  Reports also surfaced this morning about an intercepted order for the Russian Navy to mine the area around Odessa (unconfirmed).  Should we be concerned that news, that recently would have sent the market rocketing, is now being dismissed?

This remains an incredibly unpredictable and volatile market.  Patience may be required to weather this market until the Northern Hemisphere crop is in the bin.  I suspect there a few more twists and turns to come. 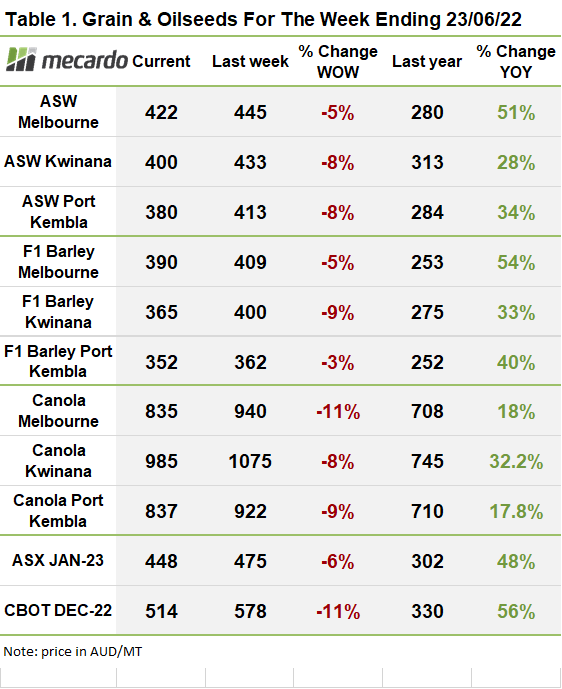 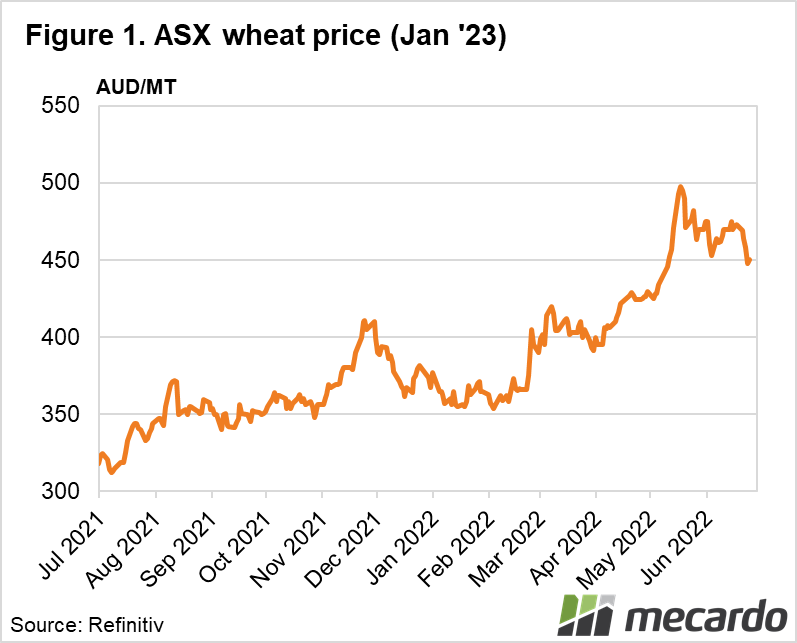 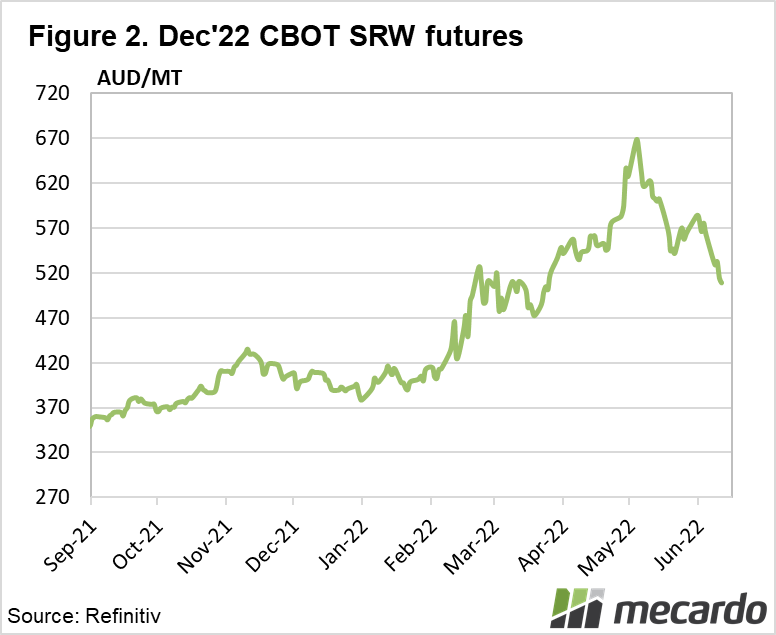