The Statistics Canada report the traders were holding their breath for turned into a bit of a fizzer. The report did at least acknowledge that this year’s crop has been decimated by drought and early heat, but the fact the numbers were well in line with most traders estimates, meant the market barely blinked.

The corrections (see below) are significant however and the all wheat estimate of 22.95mmt is the lowest in 14 years.  When you consider that Canada exported approximately 19.8mmt of wheat last year, the remaining stocks will be drawn down to extremely tight levels.

Canola at 14.75mmt is down 24% on last year.  Given that the domestic crush stood at 10.2mmt last year, there is going to have be some very serious rationing to seek out supply.

Production of lentils are nearly 1mmt lower than last year, and again, when you consider they exported nearly 2mmt (30% to India, 20% Turkey) the lack of supply will transform traditional trade routes.

On top of the cuts made to Canadian production, the wheat crop in Russia slowly edges lower as well.  Private analyst SovEcon, cut its forecast for Russia’s 21/22 wheat exports by 3.2mmt to 33.9mmt due to poor yield (esp Spring wheats), and the slow pace of exports. The export volume would be lowest from Russia since the 2016/17 marketing season, when it supplied 27.8mmt.  Domestic prices are rising in line with global values which is putting pressure on the Gov’t to intervene.  There is increasing noise around the possibility that Russia may re-introduce an export quota by early next year.

For all the bullish news, the market feels like it has paused for breath.  Late rains in the corn belt have all but assured the market the corn will be there.  Also leaking into the trades conscience, is a rumour that NASS (USDA’s National Agricultural Statistics Service) will issue a relatively rare ‘adjustment’ to the acreage report.  The agency is citing “latest information from USDA’s Farm Service Agency” will warrant a review of the June acreage report.  It is expected to include a 1M acre increase to corn area and a small correction to soybean acres.  The trade is already reacting to these rumours and would go some way towards explaining the recent weakness in the market.

We may find that once the market has factored in all of the production risks, that the market stagnates for a while.  An increase in corn area should weigh on the wider market and counteract some of the other more bullish news.  Argentina looks to receive good opening rains this week after a dry winter. 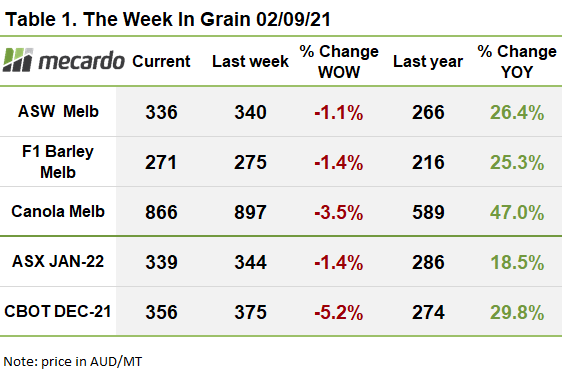