US, China and Argentina – Welcome back volatility

Ripples from the Iowa ‘derecho’ storm that went through the other week are still being felt. The ProFarmer tour has recently been through the areas affected and the numbers coming out of there are pretty ugly. National corn conditions dropped another 5% to 64% good to excellent, with Iowa conditions dropping another 9% (19% in total since the storm) in the Gd to Exc category.

ProFarmer has also pegged the US corn crop at 376mmt, compared to the USDA at 388mmt. Also, interesting to note, is that poor pasture conditions in the US Plains have meant that the number of cattle on feed is higher than expected, potentially resulting in greater feed demand.  Corn futures have moved up a reasonably significant 30c/bu since the storm.

The wheat market had been enjoying a string of positive moves in CBOT since last week on the back of Chinese business. In fact, Chinese import appetite has been through the roof, especially for US products, in an apparent commitment to the Phase 1 trade deal. (Table 1)

In Argentina, hard frosts in the past week are believed to have caused ‘irreversible damage’ to some of this year’s wheat crop.  Severe drought since mid-May has already seen crop estimates lowered. Very cold night time temperatures were recorded over the vast majority of arable country but it will be sometime before the extent of the damage is realised.  Some showers and storms are forecast in the western regions which may provide some relief but this remains a flag to watch.

Overall, the market still feels heavy but we are reminded that the final figure won’t be known until it is in the bin.

Looking ahead, it feels like there is a bit to play out with regards to the wheat market.  Chinese demand, US corn and Argentinian wheat could see volatility re-enter the market. 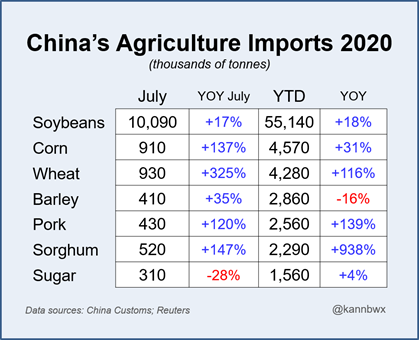 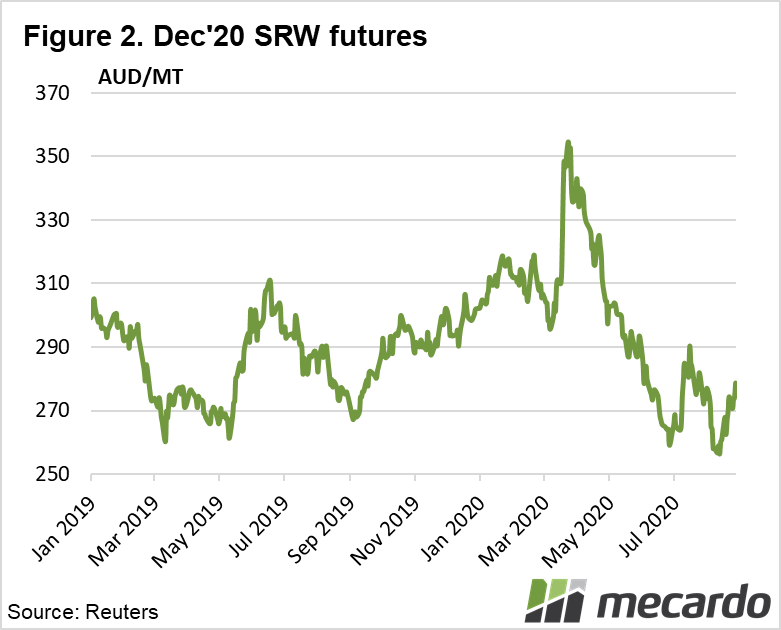