US cracks Corn, and Aussies should care

Corn has lost around 9% of its value compared to a month ago on the back of expectations of a bumper crop in the US. Official USDA WASDE estimates released yesterday forecast the US to produce it’s biggest corn crop on record this season, at 15.27 billion bushels, or 387 MMT, more than 12% up from last year.

Over history, the price of other grains such as wheat has been seen to move roughly in step with corn, because of their significant ability to be substituted for one another, particularly in feed markets. According to the USDA, world corn production has tracked at over a billion metric tonnes since 2013 and is rising in excess of 50% larger than world wheat output.

US corn prices have backtracked 9% in value since the highs seen in early July, to 125 $US/MT and wheat has followed suit, shedding 10% from its peak in the same period, down to 181 $US/MT

Aussie wheat prices have taken a beating on the back of promising rainfall over the last week, with cropping regions from Queensland down to Victoria and especially New South Wales receiving a badly needed drink. ASX JAN-21 futures have fallen over $20 from $295 at the start of the month, to just $275.

With mounting evidence that expectations of a bumper corn crop in the US is likely to eventuate, a huge glut of corn on the international marketplace will continue to do no favours to the price of wheat and other grains in Australia. Especially as conditions here, with recent rainfall, are increasingly setting the stage for a massive harvest this season also. 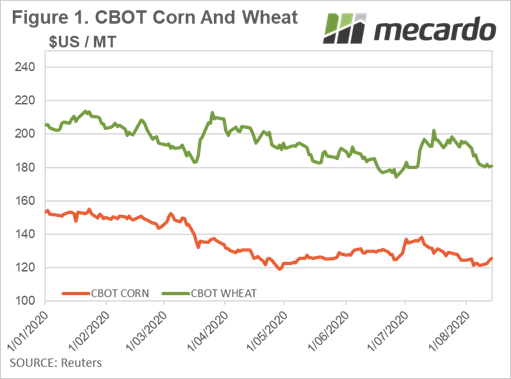 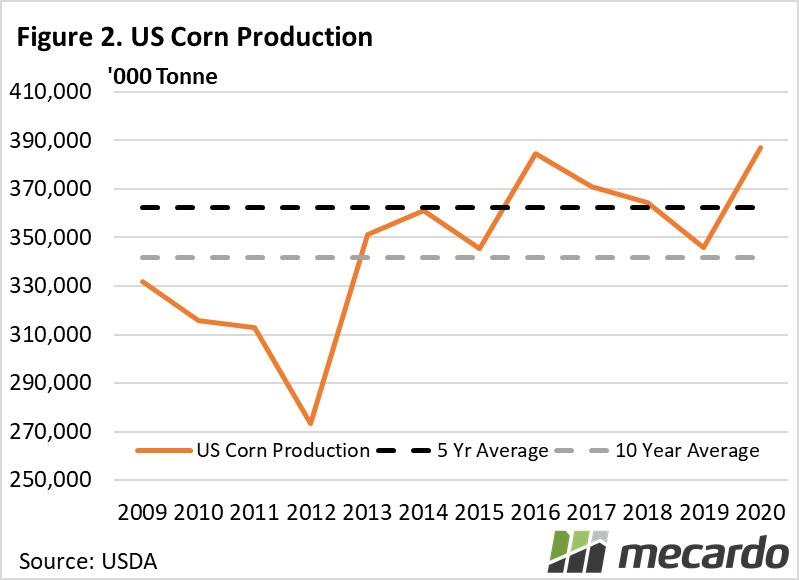