US Flexes its beef buying muscles

COVID-19 is causing all sorts of fluctuations in beef markets, and June was no exception. The US took more of our beef than any month for the year to date and it seems it was taken from China. Export to Japan appears to be suffering from falling feedlot supplies, and the usual tight winter supply of finished steers.

Total beef exports were lower in June, but this was more of a function of lower slaughter than lower demand. East Coast cattle slaughter has been running around 18% lower than last year in May and June, so to have exports down 4% shows importing countries still have plenty of pull.

The extra 5,500t exported to the US seemed to come directly from the Chinese market.  Beef exports to China were down 7,300t, or 30%, to their lowest level since January 2019.

Beef exports to Japan fell for the third straight month, and again, this appears to be a factor of supply rather than demand. With the number of cattle in feedlots at the end of March at a two year low, the amount of grainfed beef is down and exports to Japan are suffering.

The value of beef exports to Japan in May (the latest data) was higher, despite lower volumes than April (Figure 3). This suggests that demand for our beef in Japan hasn’t been impacted by COVID just yet.

Beef export demand remained robust in June, with plenty of assistance from tight supply. For cattle prices, this has meant very strong values during the start of winter. With demand from the US weakening, there could be some pressure come on prices, with exporters having to shift more beef into China. 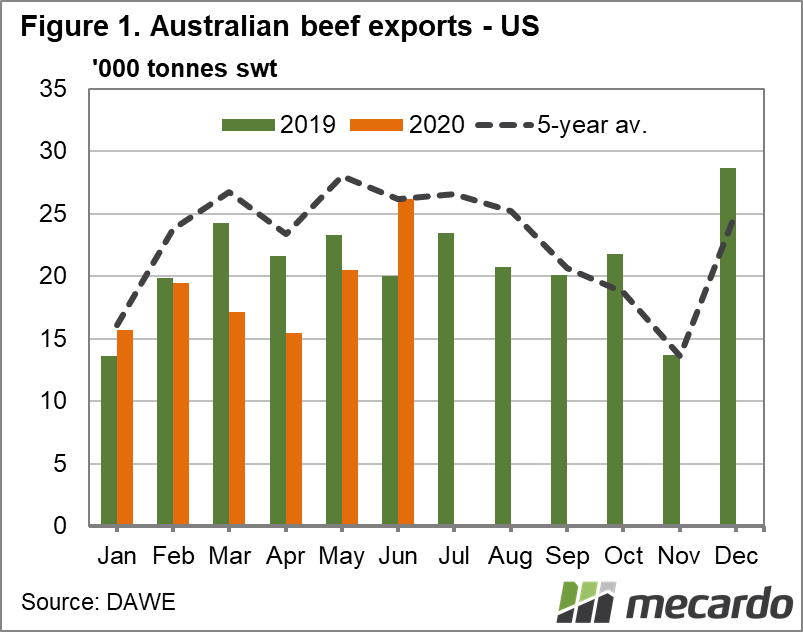 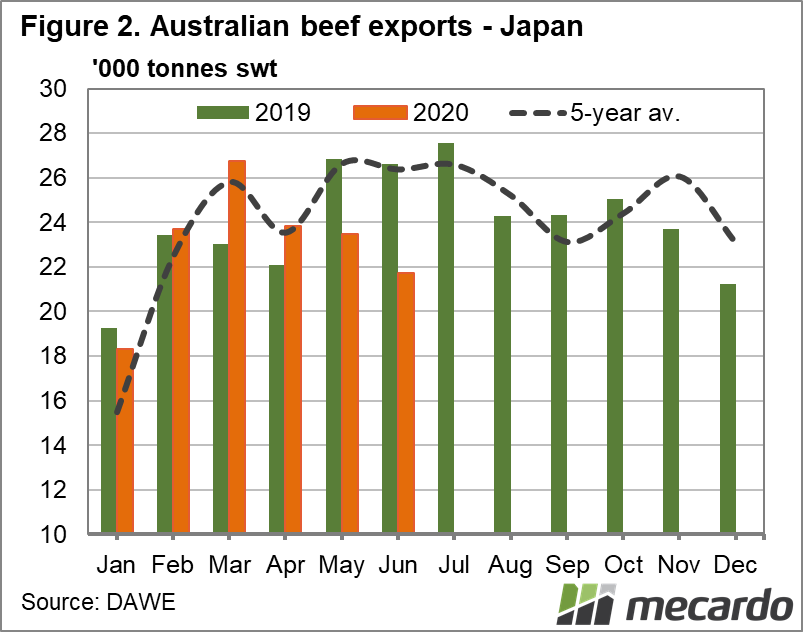