Back at the end of April, we took a look at the cattle processor shutdowns in the US due to COVID-19 and the impact on US beef production and price. Six weeks later things have turned around, cattle slaughter has recovered, and this is impacting US beef prices.

The height of the COVID-19 crisis for the US cattle processing industry came in the week ending the 1st of May. During that week, US beef production totalled 345 million pounds, down 38% on month earlier levels, and 32% down on the same week a year earlier.

With the many meat workers who contracted COVID-19 returning to work in recent weeks, processors have been able to quickly lift slaughter capacity and start working through the backlog of cattle.

With the increase in beef production has come the inevitable decrease in beef prices.  Figure 1 also shows the Choice Beef Cutout price, which is an average beef price across the main beef cuts.  Cutout values rallied sharply with supply failing to keep up with demand in April and May.  We can see that for most of the previous five months, beef prices were relatively steady, but in April and May they gained 81%.

In the last three weeks, as beef production has moved back to what could be considered normal levels, the Choice Cutout has fallen 27% and probably has further to go.

Live Cattle prices have improved on the back of higher slaughter rates.  Figure 2 shows that while Live Cattle Futures have risen out of the doldrums, they are still at the bottom of the range for the last ten years.

With the lower slaughter rates for the best part of two months, there are still plenty of cattle backed up in feedlots which need to be processed over the coming months.  This has somewhat been accounted for by lower numbers of cattle going on feed in recent months, with deferred Live Cattle Futures contracts at up to a 12% premium to the spot contract.

We have already seen lower beef prices in the US start to flow through to our export beef values.  The Frozen Cow 90CL indicator has corrected, but we are yet to see this impact on cattle markets.

More concern could come from ramping up of US Grainfed Beef exports into key high value markets in Japan and Korea.  US beef exports have been well down in April and May, and recovery might see some pressure come on our high value beef exports. 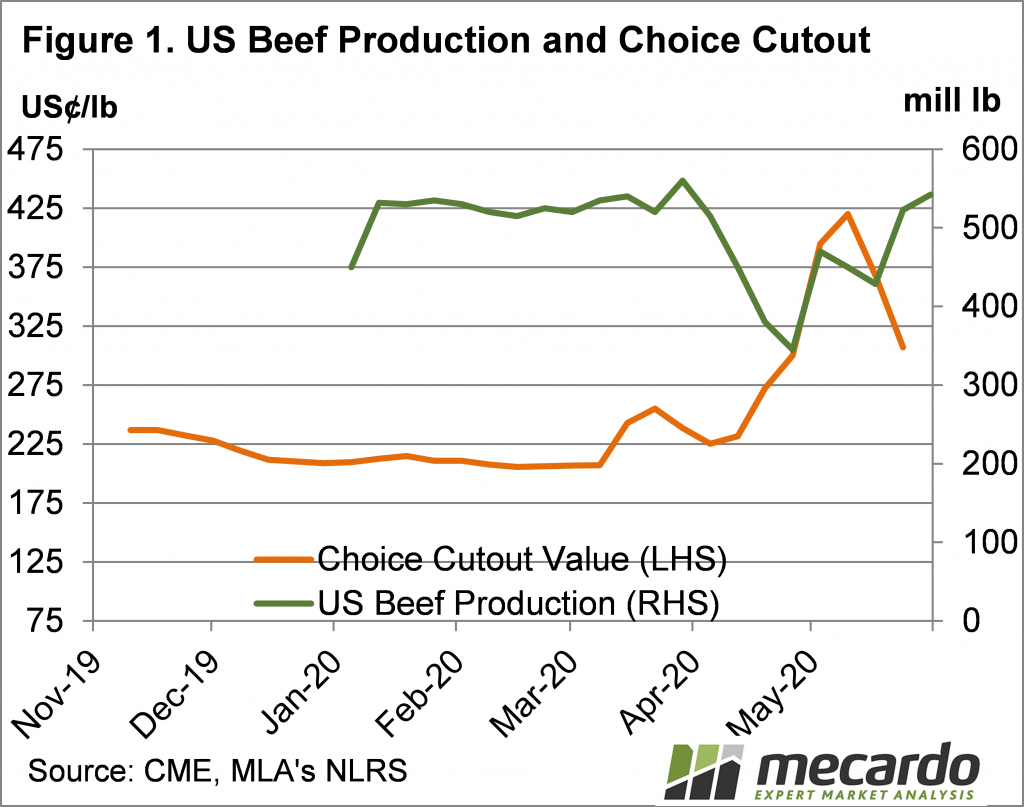 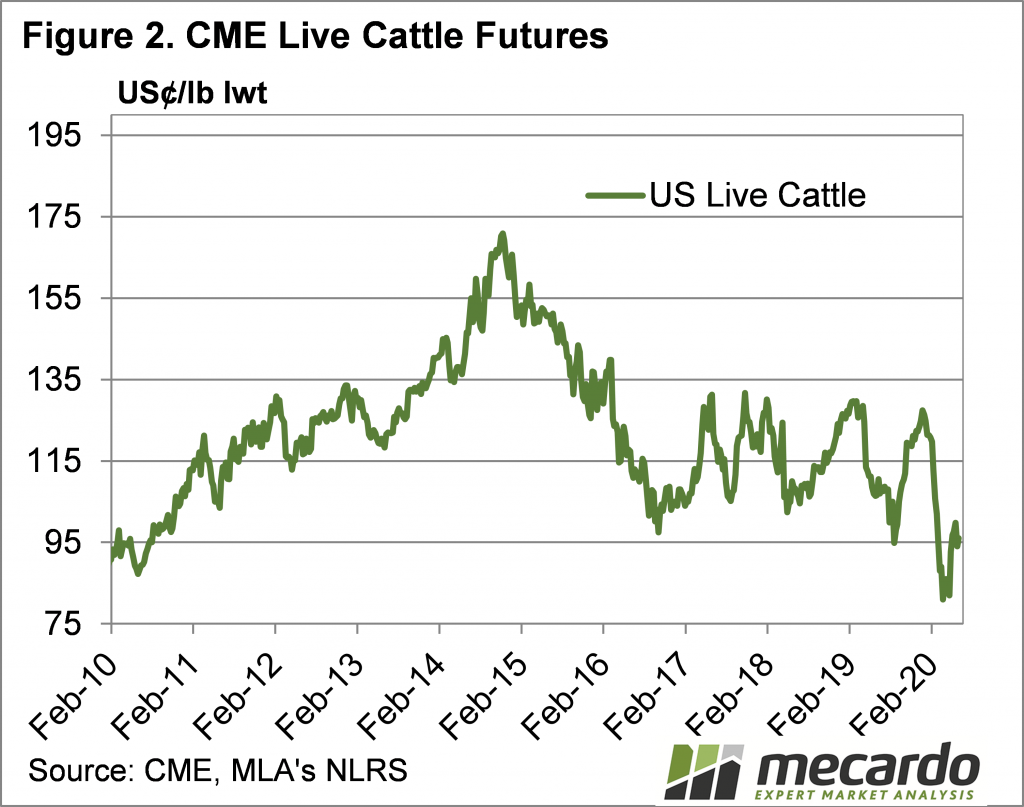