The wheat market has gone through the proverbial wringer in the past week. Having seen multiple ‘limit up’ days, the rubber band has finally snapped back, snatching back much of the gains seen in the past seven days.

It is hard to pinpoint the actual catalyst for the reversal of sentiment.  Fundamentally the market can not keep going up indefinitely. The shock value of the initial Russian invasion has lessened as we gradually understand the implications of war and the logistical disruptions. And ultimately, Russian wheat is still being exported.

There is also a technical element to the moves in the wheat market.  Since March 1, funds have been busy buying wheat futures and options.  It is possible that the recent fall in prices has been due to a round of positions being liquidated i.e. profit taking. The CBOT May ’22 contract has fallen 18% from its highs in the past three days whereas the Dec ’22 contract has only fallen roughly 7%.

The USDA released their stocks report this week.  Much of the news was already factored in and any news was largely drowned out by noise coming out of the Black Sea.  Australian production was ramped up from 34mmt to 36.3mmt in line with ABARES.  Aussie exports were also increased by 2mmt to 27.5mmt an all-time record.  On the flip side, Ukraine exports are down 4mmt to 20mmt and Russian exports curbed by 3mmt to 32mmt.

Countries that traditionally buy Black Sea wheat (i.e. Middle East and North African nations) are going to need to source non-traditional origins to supply staples or otherwise pay exorbitant prices.  Algeria bought 600kmt of wheat last night at an average price of US$485 (cost & freight) which using AUD conversion of 0.73c is roughly AU$660/t.  In a bid to talk the market down, Egypt stated they had enough wheat to satisfy their requirements until Nov ’22.  Expect them to announce a tender in the next few days.

The focus will still remain on the Black Sea.  The longer both parties remain in conflict, the more volatile the market will react.  Beyond this, the spring plant and the harvest of winter sown crops will add further questions to an already stretched market. 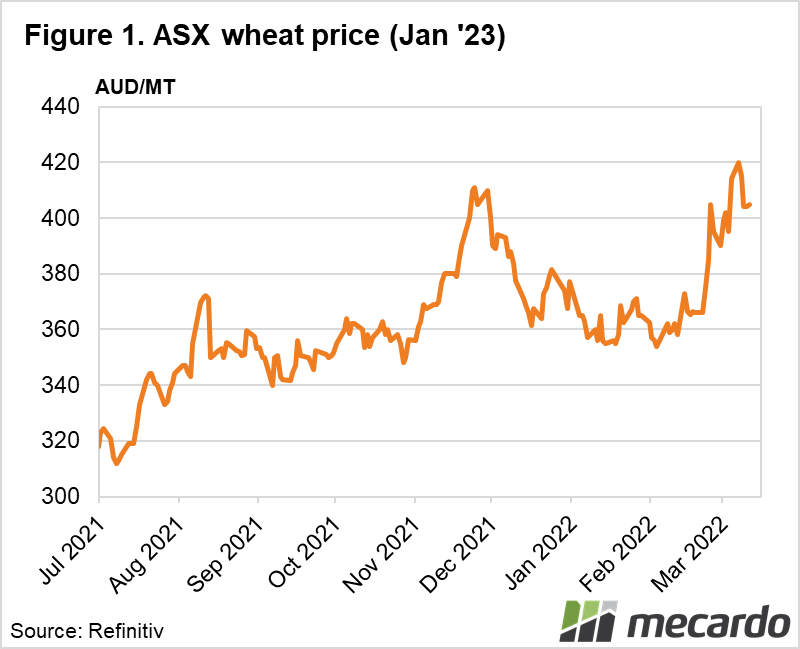 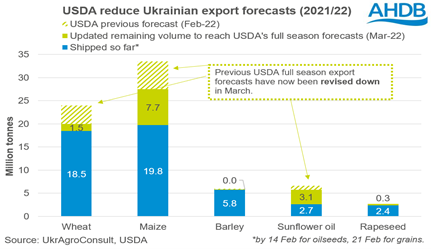