Mecardo looked at vegetable matter (VM) discounts for broad merino in mid-August, when they had blown out to extreme levels. This article takes a look at what has happened to VM discounts in the months since.

The Mecardo article in mid-August looked at VM discounts for 21-micron wool. Figure 2 shows the discount for 4.1-7% 21 micron merino combing fleece to a base 21 micron combing fleece price which has a VM range of 0-2%. These series have quite a wide range of staple length and strength which will introduce some variation into the comparison, but we are only looking for the bigger influence of VM. Figure 1 shows the extreme level of VM discounts in August. In this comparison the discount blew out to 200 cents (clean). It has since narrowed to around 70 cents. The August article expected the discounts to shrink, and for broad merino fleece wool they have.

The 17 micron VM discount is looked at in Figure 4. The discount blew out to 400 cents in mid-2021. Since August the discount has narrowed by 100 cents (clean) but remains wide, by the standards of the past two decades. Figure 1 helps to explain why this is so. VM levels in eastern Australia remains high. The low VM levels in Western Australia does not help, as 17 micron production is fairly small in the west and cannot help limit the effect of the eastern VM levels.

In May 2021, Mecardo looked at the seasonal patterns in VM levels, which showed VM levels generally reach seasonal lows, late in the calendar year. The still elevated VM levels in eastern Australia, means that VM levels will begin to rise in 2022 from a relatively high base. This implies that VM discounts will continue to be substantial in 2022. 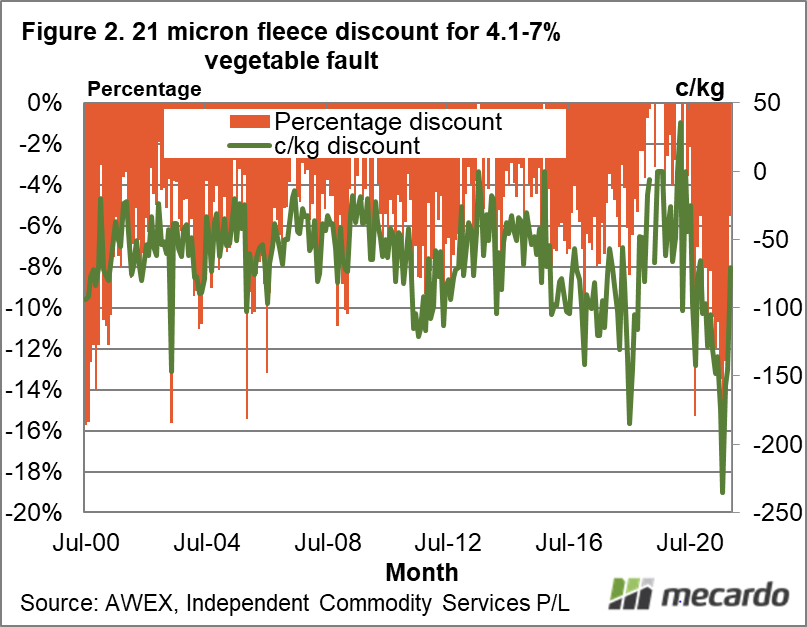 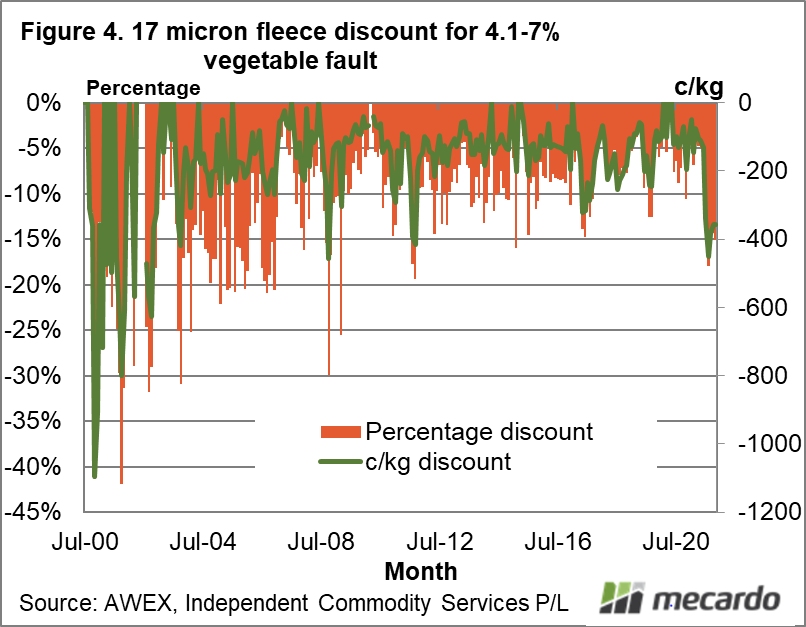