It seems to be steady as she goes for lamb and mutton prices at the moment, with declining supplies translating into solid support for prices. This week mutton and restocker indicators received a lift with the flock rebuild intensifying.

It was way back in 2011 when a full week of sheep slaughter fell below 44,000 head, and that was only for two weeks at the end of July (Figure 1).  The 2011 trend in figure 1 does give an indication of what we can export in terms of sheep slaughter this year.

Sheep slaughter in late spring more than doubles that of autumn and winter, but we all know there are fewer sheep in the flock now. If, and it’s a big IF, we get a good spring, weekly sheep slaughter could stall around 80,000 head from October to November, but it remains to be seen if restockers will still be there to bolster prices.

This week the CV-19 Mutton Indicator gained $7 to $171/head, only $15 off the peaks of March, but 80% more sheep were being killed then.  COVID-19 has impacted demand for sheep as well as lambs.

Processor lambs were basically steady, at just above $200/head, while restocker lambs were up $10 to $158/head. A $40-50 spread between store and finished lambs is a pretty reasonable margin if grass is abundant. The spread was around $55-60 in March (Figure 2) when grain was still the main feed to finish lambs.

Tight supply is here for the next two months at least, but we might see NSW supply coming at more of a ‘normal’ time this year. Traditionally NSW suckers have started to hit the market in earnest in July, as growers try to catch winter premiums. There might be fewer lambs this year than historically, but we expect supply to ramp up quickly in mid-winter, then again in spring which could see a return to the average price trend shown in figure 3. 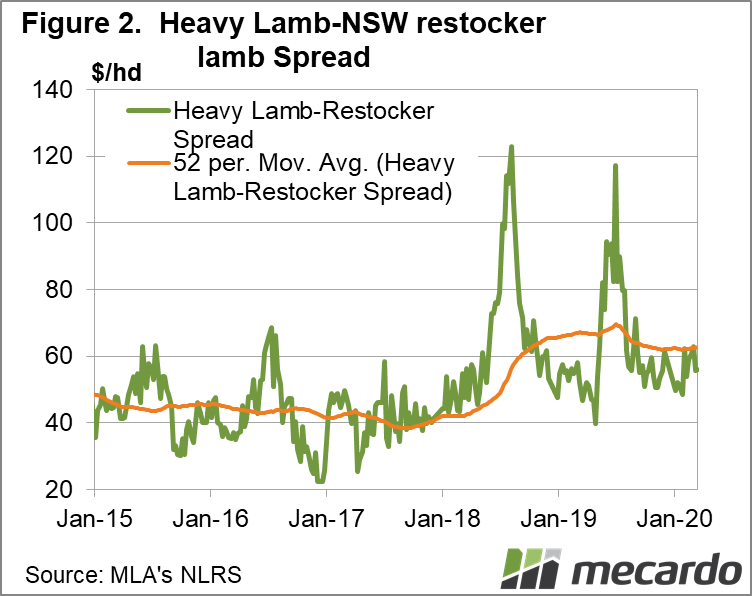 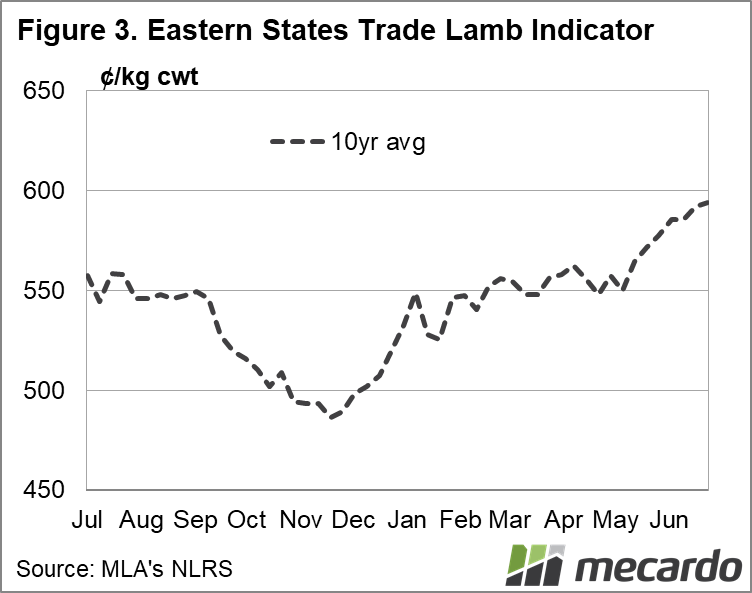