The farmers friend - La Niña has reached an end this week with the Bureau of Meteorology shifting their climate outlook models to “watch” status. While this won’t change anything over night, or at least not in a big way until the next northern monsoon season, there has certainly been a change in the air for the cattle market.

Prices continued to decline across states and markets this week. The fall of the Eastern Young Cattle Indicator continued, dropping 34¢ (-3%) to land at 1053¢/kg cwt. In the last 4 weeks the EYCI has lost 61¢, but still remains well above the same time last year. The number of EYCI eligible cattle at saleyards was slightly higher than the week prior, with this level of supply clearly testing the market. Turning West, the direction of the young cattle market met the same fate – downwards. The Western Young Cattle Indicator lost 80¢ over the week, settling at 1027¢/kg cwt.

The weaker market was consistent across all National categories of cattle. Stronger demand for processor steers last week was met with a correction of 34¢ this week. The National Feeder Steer Indicator slipped back 19¢ to 527¢/kg lwt and medium cows dropped just 9¢ over the week.

While there was plenty of activity in yards last week, processors were running below recent levels. East coast cattle slaughter totalled just 78,610 head last week, 17% below the week prior and also 17% below the same week last year.

A bit of shine has come off the cattle market but with many regions holding enough pasture to warrant rebuilding efforts, there should be enough support to prevent significant downside. 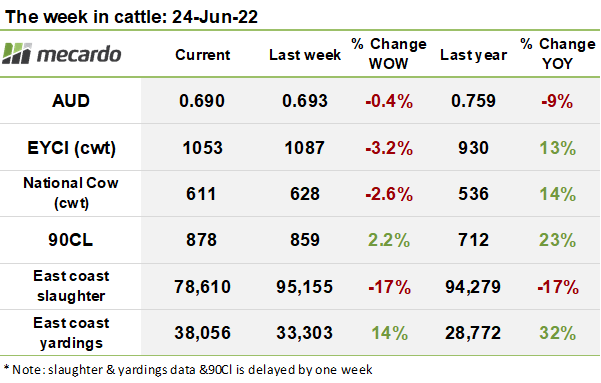 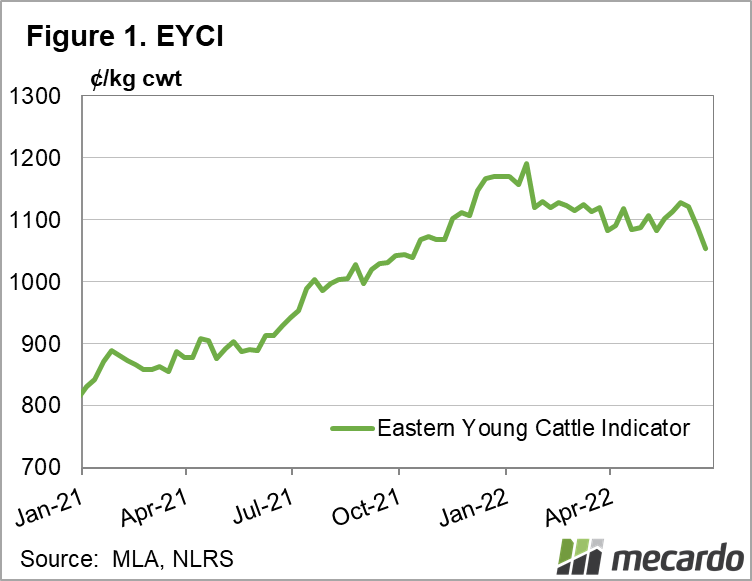 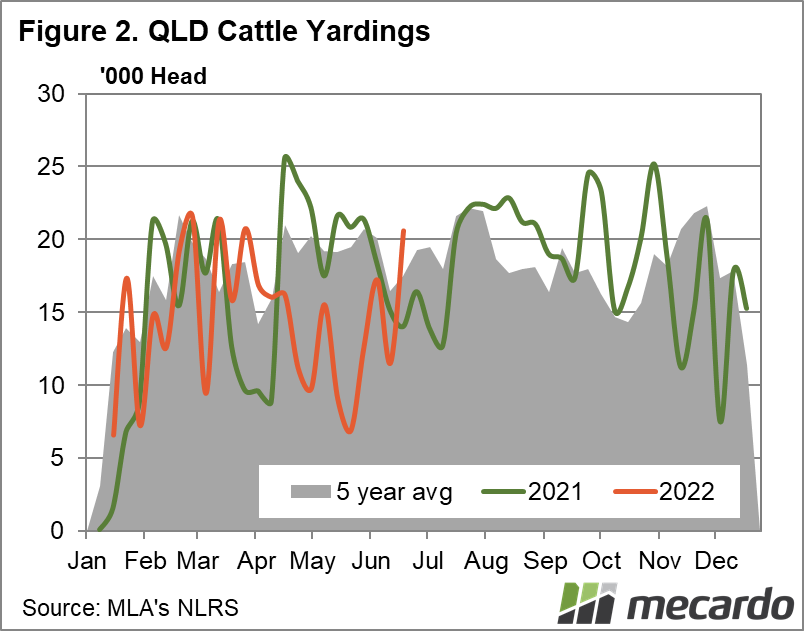