Canola prices both here and overseas are reaching rare air. It is easy to point the finger squarely at Canada as the reason for the extremely high prices. As the largest exporter of canola in the world, when their harvest is effectively halved, it makes for very tight supply. This article will explore the trends for canola and whether or not high prices are here to stay.

Globally there has been a gradual shift to higher canola/rapeseed (I’ll use canola as the generic term) consumption as alternatives, in particular palm oil, has ecological and sustainability concerns around it.

The USDA states that canola demand can be broadly split into food use and industrial use.  Food use accounts for roughly 25% of the market share while industrial use is by far the larger stakeholder at 75%.

Industrial use is also considerably less flexible (inelastic demand), especially in the biodiesel market.  Biodiesel made from canola oil has a lower waxing point which makes it desirable in cold climate areas of Europe and North America.  Sunflower oil is a good alternative and may eventually take market share, but it is starting from a very low base.

Canada has recently commissioned crushing plants that will handle 10mmt per year with another 5mmt crush capacity to come on line in the next twelve months.  This is tapping straight into the biodiesel market.  Government mandates for renewable energy and lower carbon footprints mean that this industrial demand is not likely to wane in the short to mid term.  Traditionally Canada produces 20mmt of canola annually with exports around 12mmt.  This year, StatsCan peg Canadian canola production at 12.8mmt which leaves only approximately 2-3mmt for export.

Food usage of canola oil is more susceptible to alternative substitution (soy, sunflower or palm oil).  The EU27 has strong environmental drivers written into its constitution.  Soybean and palm oil are both seen as having ‘undesirable’ ecological impacts and this may drive more consumption of canola oil going forward.  It will depend on the consumer who is nearly always price-conscious.  Cheaper alternatives may still find a place especially in the face of extremely high prices for canola.

Higher prices may incentivise growers to plant more acres to help claw back some supply.  You also can’t assume Canada will suffer through another drought like we have seen in 2021.  Biodiesel may eventually be phased out in favour of hydrogen or electric vehicles, but this is some distance into the future.  Until oilseed stocks rebuild, it feels like higher pricing levels may be around for some time. 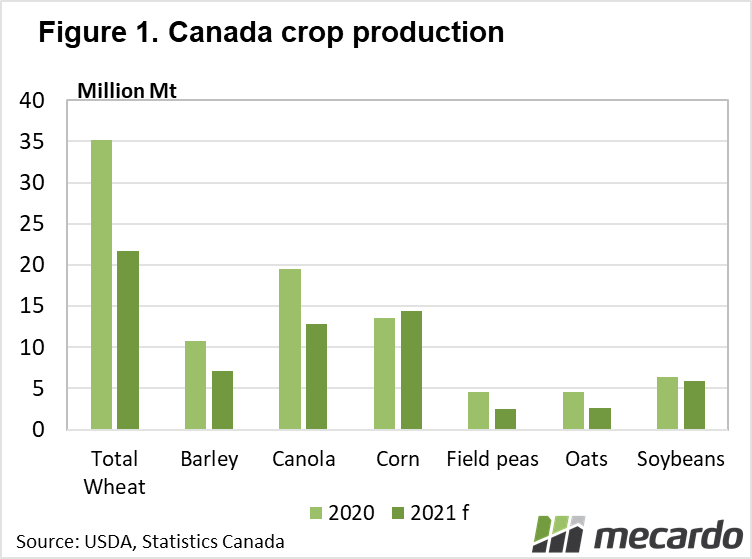