Weaners breaking all sorts of records

The southern Victorian weaner sales kicked off this week, and with La Niña arriving in the second half of December, prices are hot. As predicted, cattle sold for record values, but are a little off where weaners were selling in early December, as finished values have opened the year lower.

This time last year we wrote about the ‘Drought Paradox’, which is when heavier store cattle make more money in ¢/kg than their lighter counterparts.  When feed is scarce and expensive, cattle which are closer to feeder weights make more money.

When feed is abundant and cheap, as it is now, lighter cattle make more money than heavier ones, with growers chasing lighter cattle for a better margin.  Figure 1 shows how the two vastly different seasons have affected prices for different weight cattle at weaner sales in southern Victoria this week.

Producers with light steers have been the main beneficiaries of the better prices this year, with cattle around 250kgs almost doubling in value.  Most of the cattle in the sales have been over 350kgs, however, making 500¢/kg lwt, or less as they get heavier.  The 2021 premium over last year is back to ‘just’ 28%, compared to 84% for cattle around 250kgs.

Figure 2 shows how weaner prices (for those around 300kgs) fared this year compared to historical levels.  The record was previously 400¢ set back in 2017, and the 530¢ seen this year is 33% stronger.  We’re also likely to see a new record premium for weaners compared to the Eastern Young Cattle Indicator (EYCI).

There isn’t enough data for an EYCI yet, but if we use the value for the end of December, weaners are this year making 27% more than the EYCI.  Figure 2 shows a record premium was set in 2019, which was a lower priced year.

In terms of value for buyers it is looking pretty thin this year.  Before Christmas we outlined where margins will be under a few pricing scenarios, but figure 3 shows how our projection of a $300/head margin on growing weaners out to feeders compared to historical levels.

A margin of $300 would not be the worst on record, but as a percentage of purchase price it is close to some of the bad years when prices have tanked after January.

Weaner sales have been great for sellers, but as with the entire cattle complex at the moment, not great for buyers.  It is hard to see another lift in feeder or finished cattle prices to improve margins, with Aussie finished cattle already expensive in world markets.

After missing out on the increased 2020 prices last year, at least southern weaner producers have now had their piece of the action. 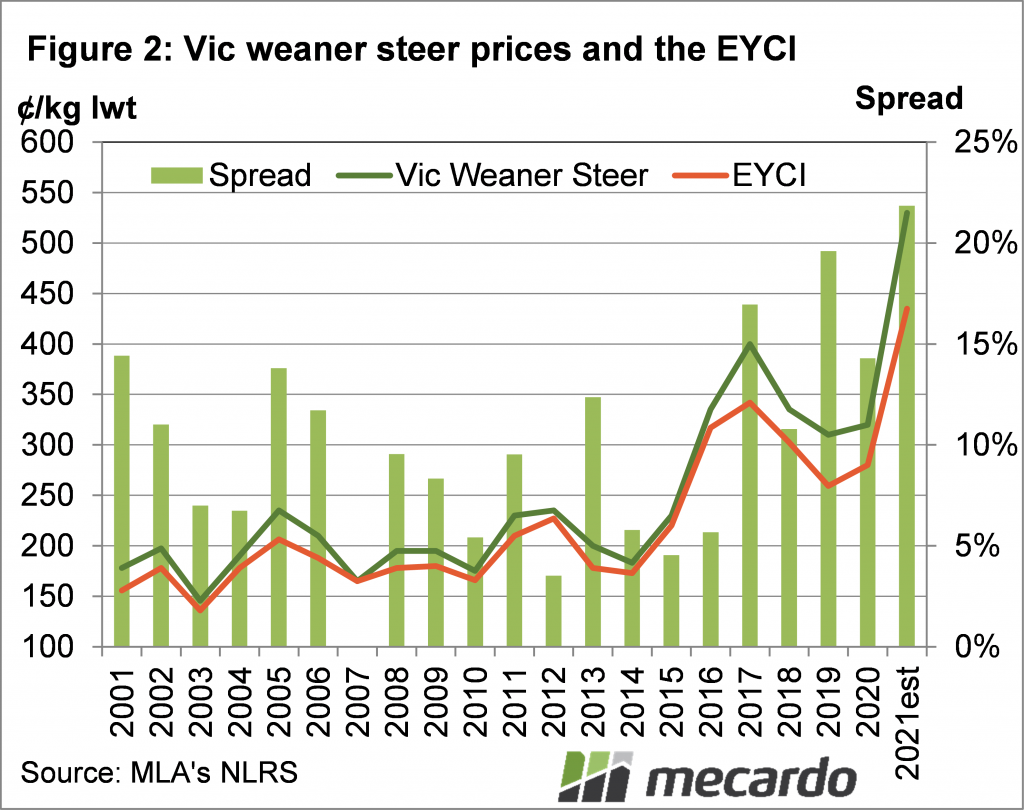 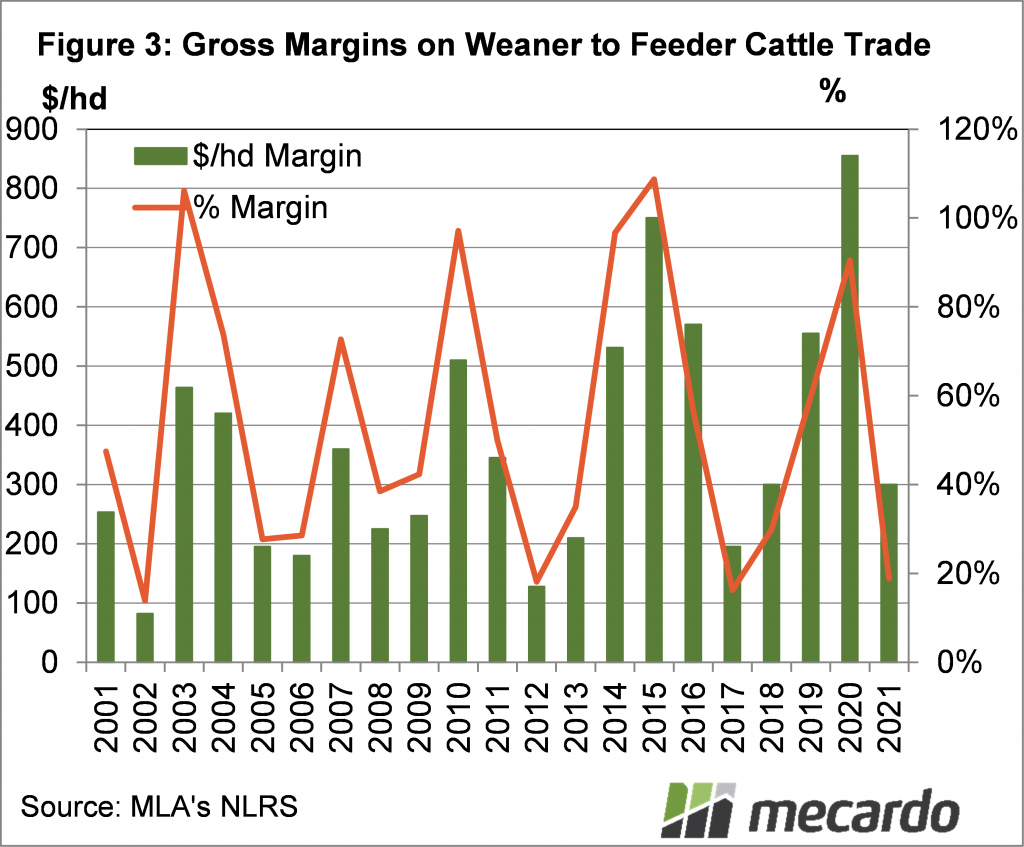