The main driver of increasing international wheat prices over the traditionally slow holiday period appears to be the falling US dollar. There has been a little of something else however, with Chicago wheat lifting in our terms as well, while a basis improvement has seen solid gains for Canola.

Since the CME December-20 Soft Red Wheat (SRW) contract closed on the 21st of the month, subsequent contracts have seen plenty of strength. Figure 1 shows SRW has gained 10% from the low seen on the 8th of December, with the rolling SRW contract now close to a six-year high.

A weakening US dollar has helped drive SRW prices higher, as US wheat becomes more competitive on the international market.  Also assisting prices higher has been export restrictions from Russia, and some concerns surrounding weather in Black Sea regions, and impacts on new crop plantings.

Rising US prices are positive for Australian wheat values, or at least not negative. With the Aussie dollar rising to 77.5US¢ last week, much of the increase in US values has been negated in our terms.  Figure 2 shows how SRW spot contract has performed versus the ASX Milling Wheat Jan-21 contract.

Canola values have also gained ground since December.  At peak harvest pressure in mid-December Canola prices were at $580/t on a port basis, and have since gained over $30 to sit above $610 on Monday (Figure 3).

Much of the increase in Canola prices can be attributed to improvements in Matif Futures, which are up over 10 euros per tonne in the last month.  This means there could be more upside for Canola if we see some basis improvements as selling slows down.

However, we also need to be wary of the fact that both wheat and canola futures curves are flat, which suggests international supply issues are expected to ease in the medium term. 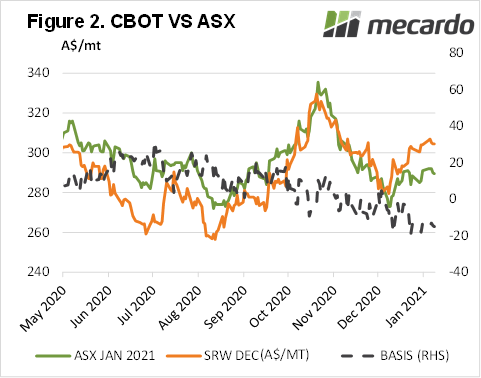 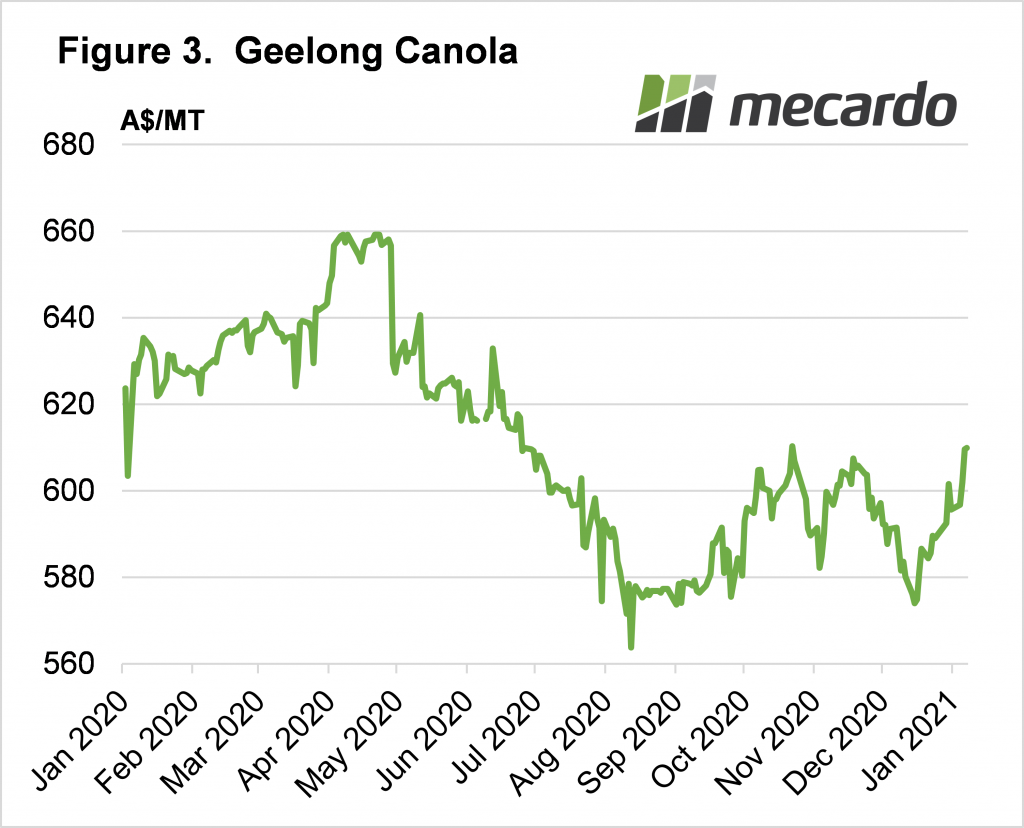