Wheat basis hitting lows but is it a hold?

The weather has been relatively kind to grain growers this harvest, with the headers forging south at the usual pace, if not a bit quicker. The harvest of what might be very high yields was always going to see harvest pressure come on prices, but how low before wheat becomes a hold?

Both international wheat and local prices have been falling for the last three weeks. The reasons for international declines are well documented, with improving weather in Black Sea regions releasing some of the risk premium.

Chicago Soft Red Wheat (SRW) Futures for December 20 have fallen 11% from the peak seen on the 21st of October, but ASX Jan 21 Futures have outstripped that fall, losing 14.4%. SRW has lost $33 now back at $293 per tonne, while ASX is down $48 and is sitting at $287 per tonne. This is a pretty hefty fall for local prices at this time of year, but we can see a large proportion of the fall is due to weakening international prices.

With on-farm storage filling, and more grain going into warehousing, the incentive to cash some excess grain is strong. This is especially the case with milling wheats, which are still priced at historically strong levels despite having fallen.

Figure 1 shows Dec-20 SRW and Jan-21 ASX Wheat, along with the basis, or difference between the two prices.  Both SRW and ASX futures are above the lows of August, but the ASX basis is at a contract low, sitting $10 under the SRW price.  While weak basis is not great for growers, it does mean Australian wheat is now competitive in export markets, and large quantities will be moved offshore at these levels.

When we went looking for a historical precedent for basis 2016 came to mind, but the price dynamic kept basis at positive levels. Figure 2 shows that in the 16-17 harvest wheat prices were in the low 200s, which led growers to hold, despite basis still being positive thanks to very weak SRW prices.

It is important to understand basis and its impact on local prices.  If holding wheat due to it falling below $300, are you holding looking for a basis increase or for international price rises?  If looking for basis to improve it might be worth taking some cover on SRW futures or swaps, as with the world still working its way through record wheat production, there could be further downside, which will no doubt drag local prices lower.

The post-harvest basis rally usually comes in February, but with a big crop coming in, it might not add to much value. 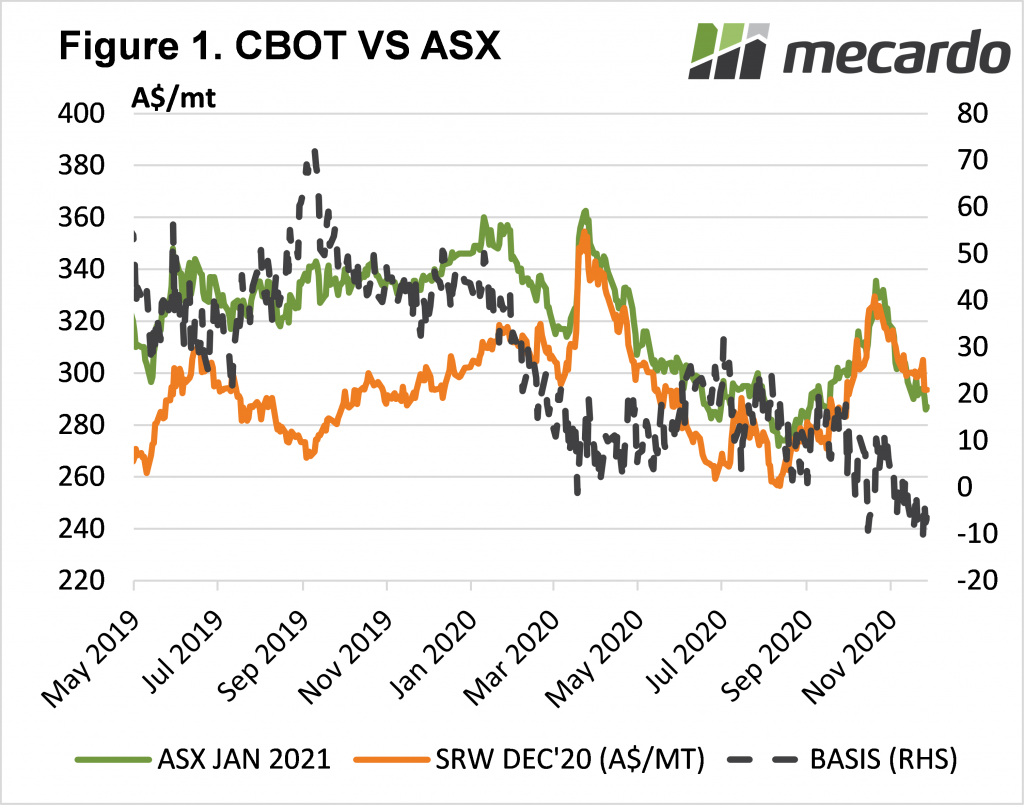 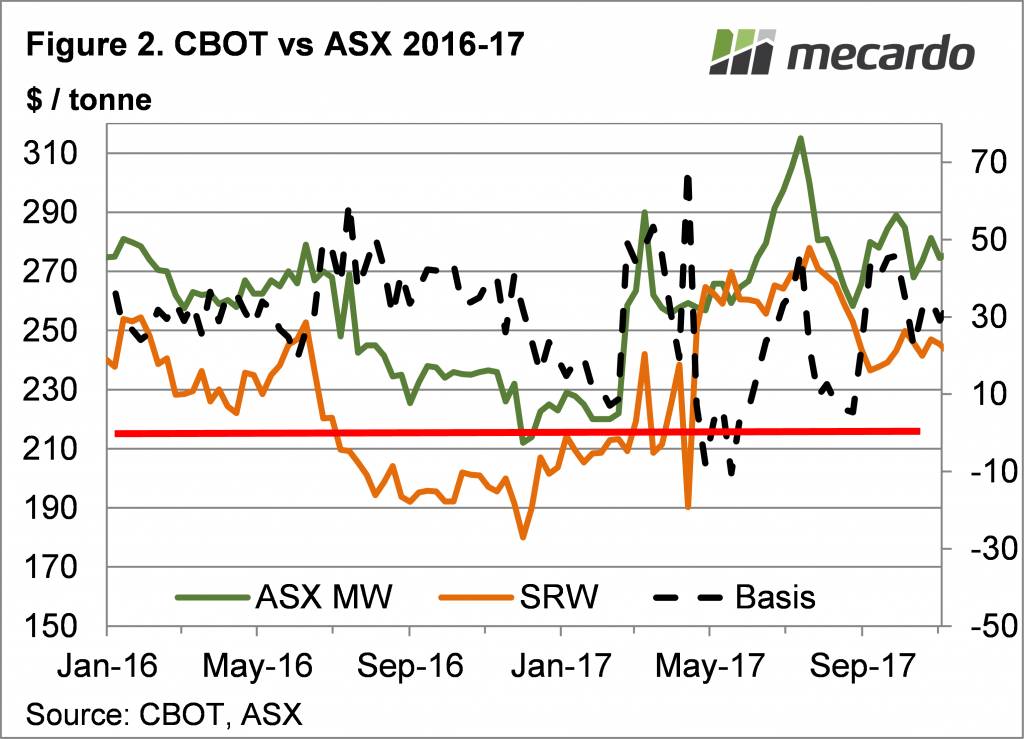