Wheat caught between a hammer and sickle

One week in the grain market can be a really long time. At the start of the week, as the market was digesting the WASDE report, the market had an undeniably bearish tone to it. There was rain in South America, the US export pace was slow and the farmer had planted more acres to this sea-sons winter wheat crop. Fast forward to the end of the week, the market has shot higher on im-proved export demand (lower prices will always flush out a buyer), strong macro economic signals and a deteriorating political climate in the Black Sea.

With an eye on South America, the past 7 days has seen good rains fall through the driest areas in southern Brazil and northern Argentina.  The hardest hit states of Parána and Rio Grande du Sol in Brazil should see some improvement or at least less deterioration of crop conditions.  The USDA attaché to Brazil has pegged the Brazilian crop at 136mmt, down from 145mmt and potentially below last year.  There is a lot of conflicting information coming in around crop potential in Brazil.  Soybean harvest is at 2% complete so February weather is still going to have some say in the final bean numbers and whether our not the safrinhá (second) corn crop gets sown on time.

Perhaps the biggest catalyst for the wheat market has been the growing tension in the Black Sea.  Russia has amassed troops on Ukraines border to the south and west and is now occupying parts of (Russia friendly) Belarus on Ukraines northern border.  You could cut the tension with a knife. The US and other members of NATO are trying desperately to stave off conflict and are threatening any manner of sanctions should Russia invade.

So what is the end game? What does Russia stand to gain from any conflict?  It may be simply an attempt to wrestle back some political points, create a more equal footing between East and West. Bring the world to the brink of war only to pull back and get some political concessions.  Diplomacy by force.  Hopefully, nothing comes of this.  A full blown invasion could possibly see wheat futures go through the proverbial roof as both countries are major wheat exporters.  Russia is also the #2 exporter of natural gas.  Any interruption to gas supply would have big ramifications for energy prices and fertiliser production as well.

The flip side is nothing happens. It’s all a big misunderstanding. Then will we see all the risk premium that is being built into the market suddenly exit?

The side issue that is driving the wider market is a resurgent crude oil market.  Having plumbed negative margins last year when the global pandemic had virtually shut the world down, the price of oil is now rapidly approaching US$100/barrel.  Crude oil is an important economic barometer, one that indicates the relative strength of the economy.  OPEC and some of the other big oil producing countries (ie Russia) voluntarily cut production back in 2016 to try and eat into a big global surplus. With the subsequent closure of some oil shale fields, demand is now outstripping supply.  The strength in oil is also fuelling the wider commodity index, creating an appetite to buy into commodities.

Expect volatility.  A US delegation is expected to meet with Russian counterparts  tomorrow for some last ditch talks aimed a de-escalating any armed conflict.  The outcome of which will likely set the tone for the week ahead. 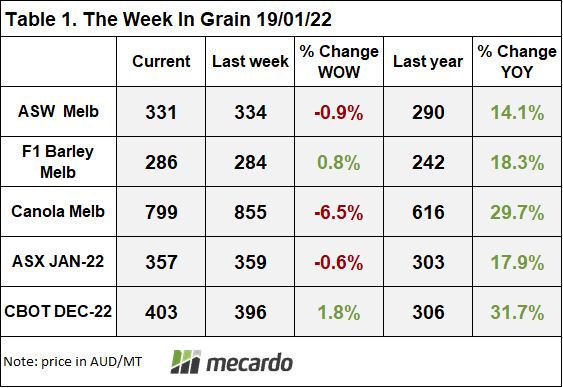 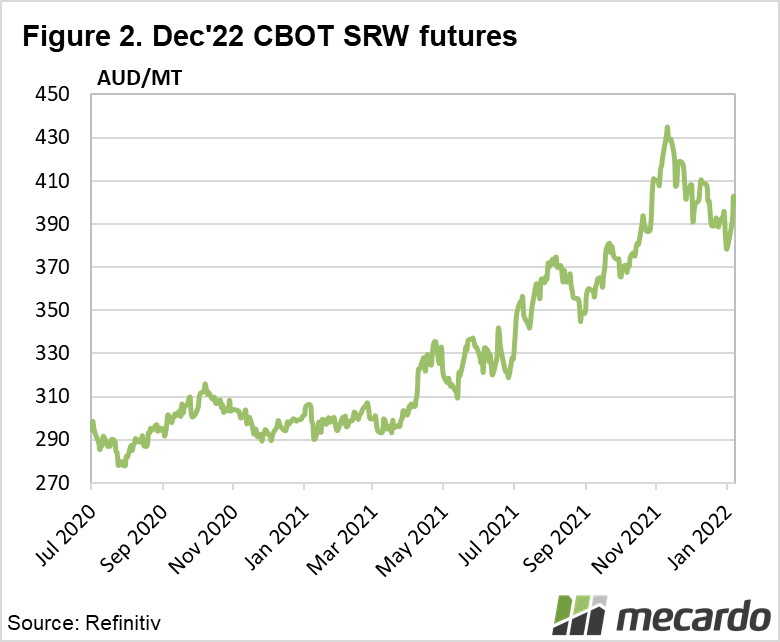