Wheat on a hair trigger

Tension in the Black Sea remains the key driver in global ag markets at the moment. The ’will they, won’t they’ rhetoric reached a peak mid-week when the White House released ‘credible’ intelligence that Feb 16 was THE day that Russia would attack. Instead, it was the day that Russia announced a withdrawal of sorts. The relief was palpable, albeit short lived.

Over night, reports emerged of shelling in the Eastern border province of Donbas.  Russian controlled militia’s were blamed, but it was enough to shake up the wheat market again.

In short, expect the unexpected.  This market will remain on high alert until there is a clear progress made in diplomatic efforts to ensure peace.  The wheat market is trading the risk of war and with global wheat stocks already at historically low levels, this uncertainty is making for an extremely volatile trading environment.

Black Sea FOB prices have tumbled in the past couple weeks as end users have avoided the origin due to fears of blockades and execution risks out of the region.   Case in point, Egypt tendered for 180kmt wheat, which was awarded to Romanian origin, even though Ukrainian wheat was offered at a cheaper FOB number.

Outside of the Black Sea there are limited price drivers for wheat markets in the short term.  SovEcon raised Russian production to 84.8mmt (+3.6mmt) on ideal conditions.  It remains too early to trade weather risks despite some lingering concerns in a couple of key regions that conditions remain drier than ideal.

Winter wheat crops remain dormant with stresses now unlikely to have a severe impact on yield potential at this stage.  The critical period will begin late March/April as crops emerge from dormancy and start the key growing season.  As moisture requirements increase,  any ongoing dryness issues will start to catch the market’s attention.

It remains a very tricky market to navigate. Geopolitical issues aside, the fate of this seasons northern hemisphere crops is far from known.  It will not take much of a production threat to really shake things up. 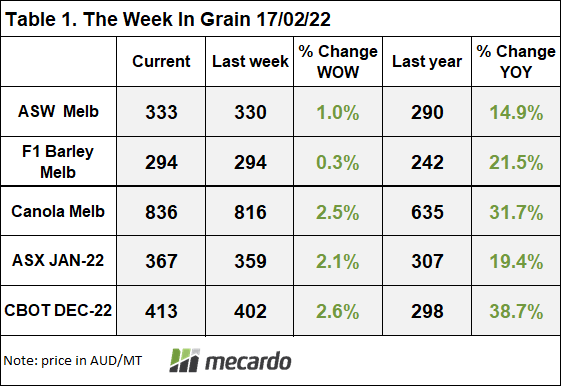 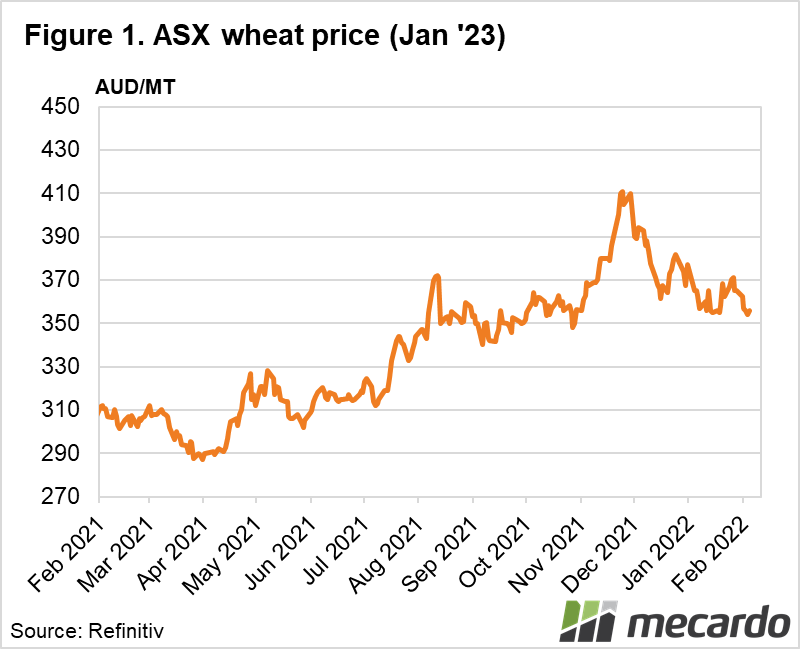 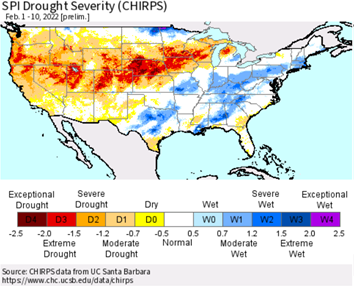