Australian diesel prices for farmers have reached their highest levels on record recently, but what has been the cause, and will the situation improve anytime soon?

However, the raw price at the pump is not what Australian farmers are truly interested in as most fuel costs are related to off-road usage. We need to consider the ex tax price, which is the real cost to producers, after GST and excise rebates have been claimed back through regular BAS returns.

Back in April, the Australian government temporarily halved fuel excise by 22.1¢/litre to ease the pressure of rapidly rising fuel prices stemming from the war in Ukraine. However, it’s clear that the rise in ex tax diesel prices of 33% to 184¢/L has far outstripped the increase in brent crude oil prices of only 10% over the period to date. (figure 2)

How is it possible that international oil prices rising 10% to $117/barrel since April have translated to such a large increase in fuel prices?

Examining Australia’s fuel import data provides some clues as to where the inflation has stemmed from.

We know that Australia typically holds around a month’s supply of diesel in inventory when taking into account refinable crude oil stocks (figure 3). This means comparing current fuel prices with actual known prior month (T-1) import cost data from the Australian department of energy, and applicable tax rates is a valid analysis to consider when breaking down diesel pump prices into their components.

The results of the component model suggest that if we assume that diesel import prices in May rose 10% in line with the Brent crude price, Australian import margins may have grown from 22¢/litre in April-22, to an estimated 45¢/litre in Jun-22 (figure 4). This is suggestive that 23¢(60%)  of the 38¢(21%) price rise between April and June possibly stems from refiners and importers increasing their profits.

What is the outlook on when the fuel price pain might end?

Attempts have been made by OPEC+, the 23 member nation oil cartel to increase global petroleum production and bring down prices, but output targets are not being met, due to falling volumes coming out of sanction hit Russia, and the inability to ramp up supply from countries such as Nigeria and Angola, whose production capacity was curtailed by run down infrastructure not adequately attended to during the pandemic. In addition,  Saudi Arabia and the UAE are reluctant to increase exports due to trade & political concerns.

The G7, which includes the US, UK, France & Germany have recently touted a plan to stymie the Russian war machine by implementing a cap on the price payable for Russian oil.

Some European energy analysts, such as SEB bank’s Bjarne Schieldrop have slammed the new G7 plot, describing it as a recipe for disaster, with the potential to cause Russian oil production to fall by as much as 20%, putting more pressure on an already volatile oil market, potentially pushing oil prices into the $200/barrel range. However, to be effective, agreement for compliance with the G7 initiative would need to be widespread among the international community; a scenario which looks unlikely.

Overall, the consensus in the market is that oil prices will remain elevated out to 2023 in light of extreme uncertainty, and Russian related geopolitical tensions. The US energy Information Administration (EIA) is forecasting that prices will remain around $100/barrel in 2023, while other analysts such as Goldman Sachs are more aggressive, predicting $130/barrel into 2023

Sustained high fuel prices will continue to add cost pressures across all sectors of the Australian economy, and stoke price inflation. There are currently no indications that fuel costs will come down anytime soon, with many analysts predicting further hikes. In the short term, If current fuel import profit margins are indeed inflated within Australia, and can be trimmed back, there is possibly scope for prices to be moderated slightly, softening the impact. 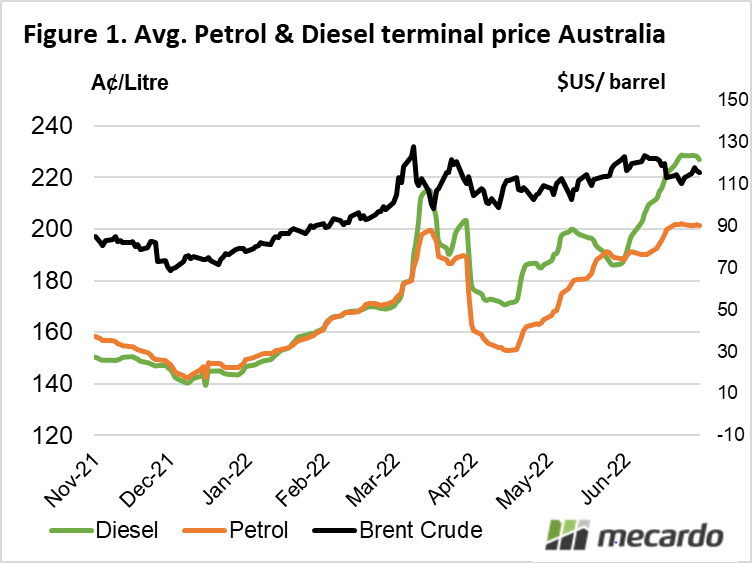 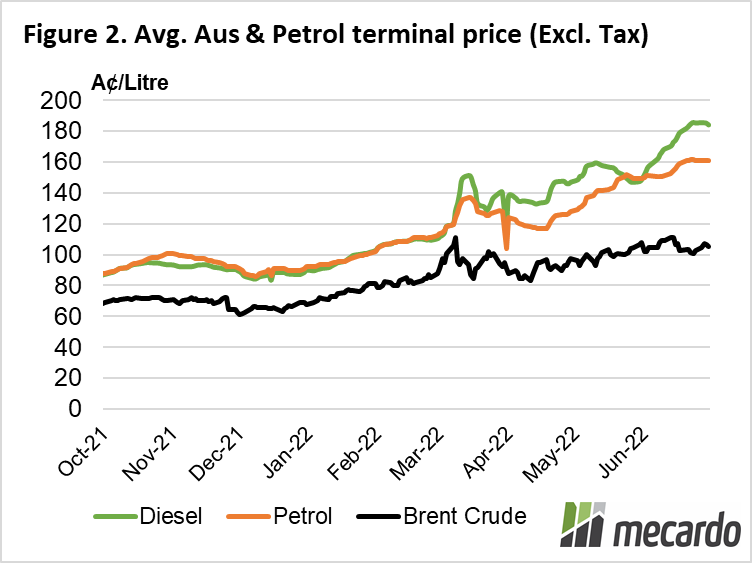 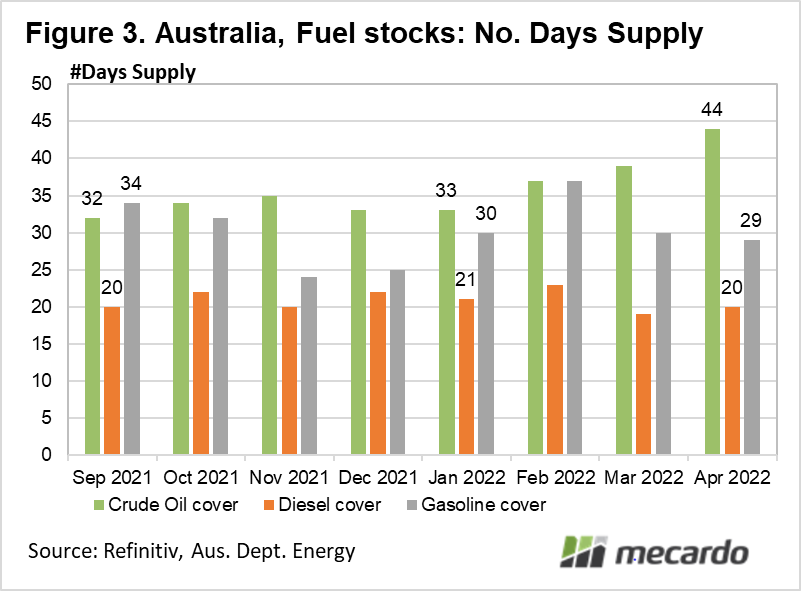