The wool market had an air of confidence over it as this week’s sale built on the previous sound results. A large clearance and sound prices for the Merino component were the features. In Melbourne the market received a boost with AWEX reporting that a “substantial offering of Spinners/Best Style Tasmanian designated offering produced strong clearance rates and a robust market”.

The Eastern Market Indicator dropped 10¢ or 0.8% for the week, to close at 1275¢. If we removed the Crossbred prices from the EMI the market actually lifted.

It was back to the market driver of recent times, with the fine wool types leading the charge with 19.5 microns and finer lifting between 2 & 45 cents (17.5 MPG in Melbourne plus 45 cents). The excellent selection of Tasmanian “spinners & best top maker” types also contributed to the buoyant market.

Cardings were slightly cheaper in all centres, they were 6 cents lower in Fremantle, while Sydney was down 9 and Melbourne back 16 cents.

The important story for the market so far this season is the clearance to the trade. AWEX reported that 49,810 bales were offered this week, 5.7% withdrawn and 12.6% passed-in, resulting in 43,531 bales sold. This resulted in another weekly lift in sales, up 2,607 on last week. This is well above the average clearance season to date of 30,089, and 12,200 bales more than the corresponding week last year.

This week on Mecardo,  Andrew Woods looked at the breakup of merino clips across different geographical regions. The figures are interesting when looking at budgeting and where/how increased value can be found. Fine merino clips tend to sell less wool as fleece – how much this is due to the sheep and how much due to culture is up for debate.

Regions with high levels of vegetable fault seem to reduce the proportion of wool sold as fleece by 2-4%.

Northern South Australia come in with a high 84% of wool sold as fleece.

Another big offering of almost 48,977 bales is rostered for next week, with Melbourne selling Tuesday, Wednesday & Thursday, and Sydney & Fremantle selling over two days. The strong clearance rates at slightly better US$ levels bodes well for next week. 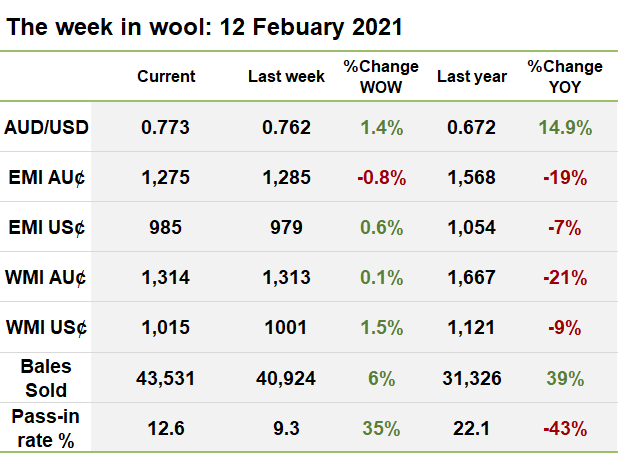 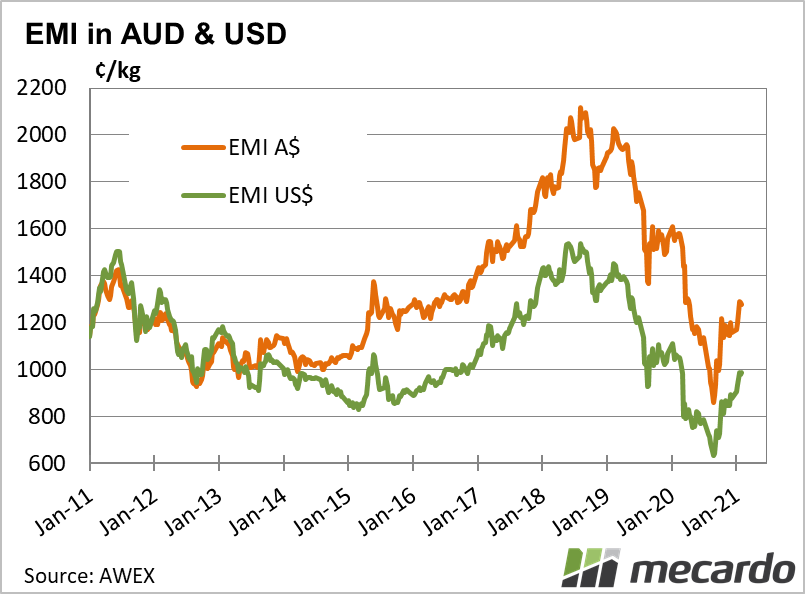 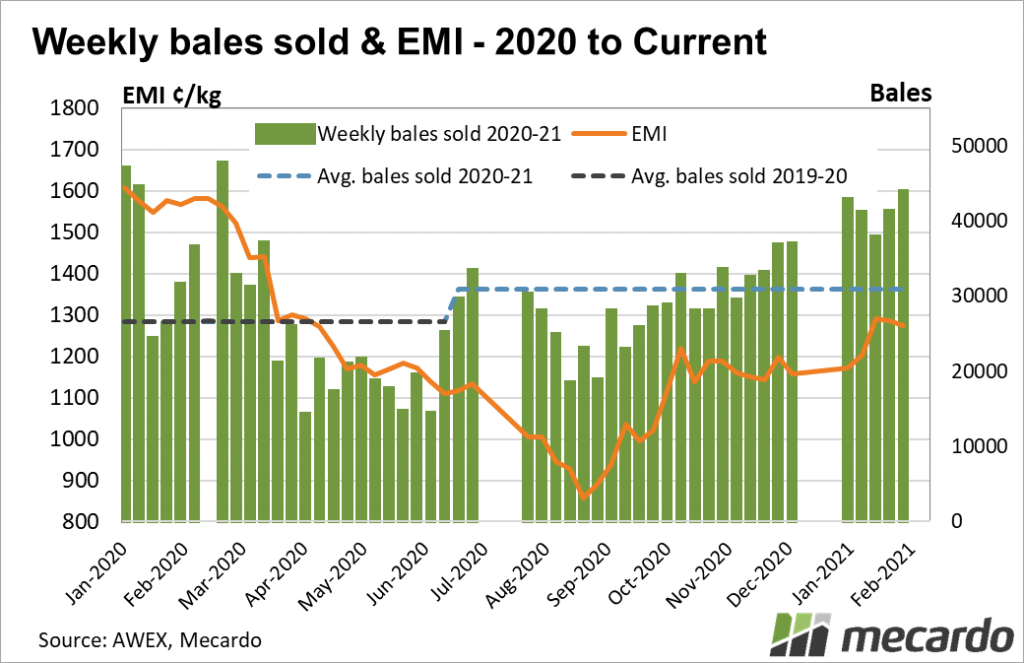