There was a sigh of relief when the wool market this week rebounded to pick up most of last week’s price correction. With increased volume this week and projected for the coming weeks many were nervous that the brief September rally was a mirage. While this still could be the case, there is an equal chance that the low point is now behind us.

The Eastern Market Indicator (EMI) improved 26¢ to close this week at 1022¢, back above the psychological 1,000-cent support level. This puts the market back on track with the rally, from the first week of September low the EMI has gained 19.1% or 164 cents. The AUD was marginally softer at US$0.712 which saw the EMI in USD terms rising 22¢ for the week, closing at 727¢. Fremantle followed suit with the Western Market Indicator gaining 30¢ and now sitting at 1054¢.

The rises were general in nature and spread across the micron categories, with the biggest movement in the 18.5 to 21 MPG’s of 3.2% to 4.0%. It was noted in the AWEX report while there was keen buyer interest in all types & descriptions, again the buyers were seeking out “best” style wool for favourable attention.

With the EMI rising for four of the last five selling series, and an increased clearance this week with the pass-in rate half of the early season rate, the market is looking much healthier.

The crossbred section had a good sale week, with all categories showing improvement. Of note was the 30 MPG in Melbourne where a 30 cent or 7% increase was noted, however finer types were also dearer.

Cardings were quoted as dearer in Sydney and Melbourne with Fremantle picking up last week’s fall to see the W.A. Carding indicator 21 cents dearer at 760 cents.

This week on Mecardo, Andrew Woods looked at the seasonal patterns for staple strength (SS) to identify if any specific time of the year was more or less favourable to sell low staple strength wool.

Staple strength is higher in the middle of the calendar year and lower towards the end/beginning of calendar years. Variation in staple strength can be much greater between years than the normal variation within years, concluding that there is no consistent relationship between SS discounts for low SS.

The next weeks offering of 30,468 bales will head to the market with some confidence after the recent strong showing. 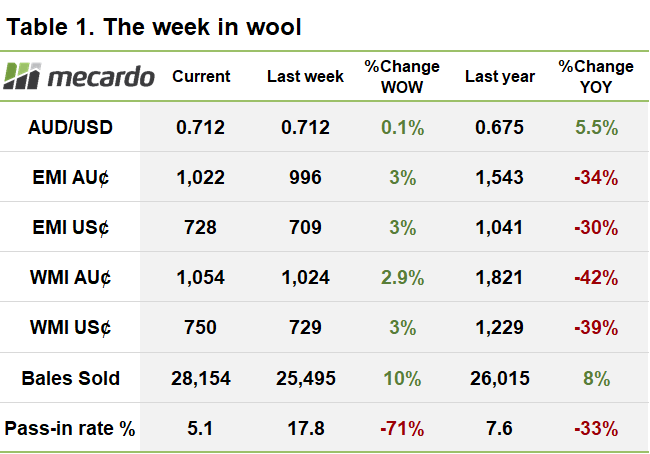 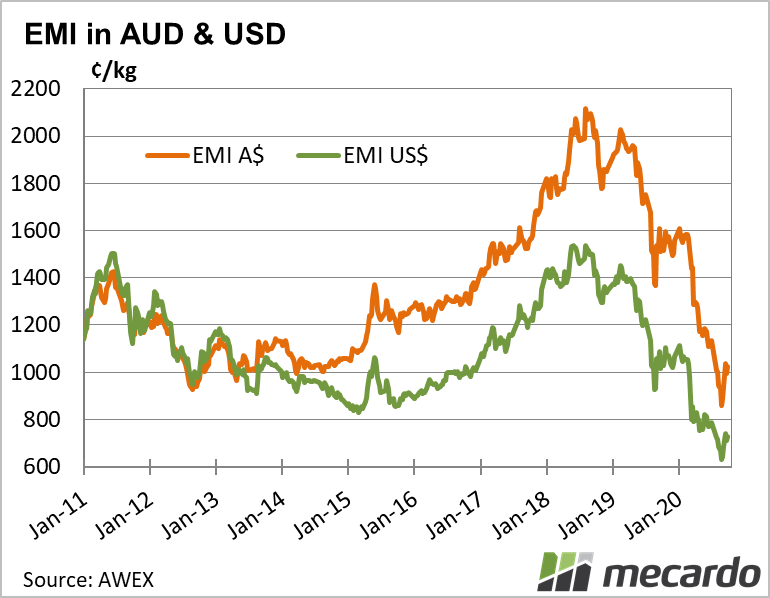