Last December Mecardo looked at the world production of merino wool, putting merino production in context with the larger apparel fibres. Figure 1 uses the same data from the earlier article and is an estimate of production for last season (2019-20) with Russian and Chinese wool estimates omitted, as there is considerable uncertainty to the quality of the data and the quality of the wool the data pertains to.

Figure 1 shows the estimated production of merino wool by micron from the major producers, broken into Australian and Other (regions). The volume is shown in clean millions of kilograms. At the top of micron column is the proportion of production accounted for by Australia. For example Australia accounts for some 83% of 18 micron production, on a clean basis, while it only accounts for 24% of 22 micron merino production – even less when comebacks/corriedales are thrown into the mix as topmakers seek to optimise their margins.

Other region (non-Australian) supplies of non-mulesed merino wool have allowed the supply chain to develop demand for this wool. For the demand to continue growing, increased supplies will have to come from Australia, the dominant merino producer especially in the big micron categories of 18 to 20 micron. 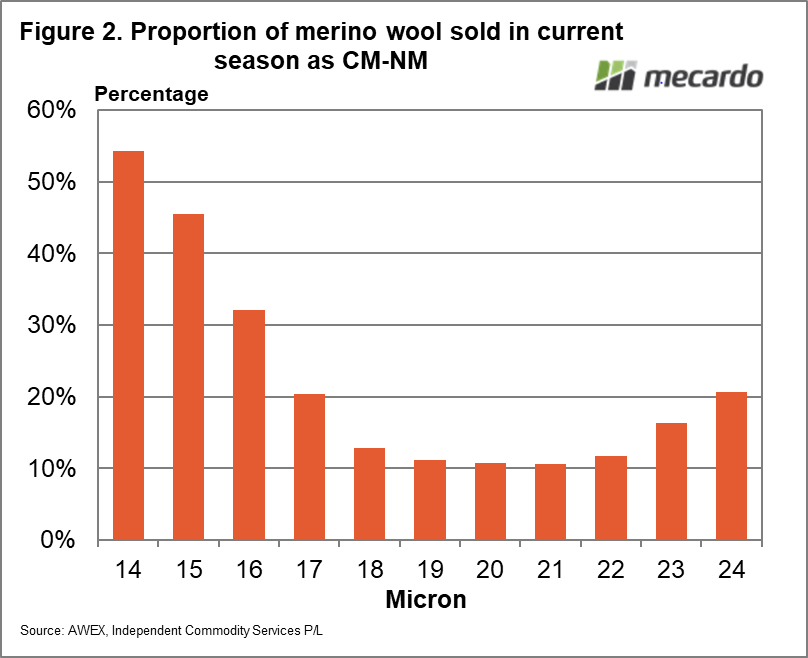