A two-day selling week that had nothing but good news for wool sellers, as buyers competed strongly across all types & styles offered. This is now looking like a strong rally with price up, offered volume holding solid and pass-in rates very low. Reports out of China suggest that all fibre markets have surged as a rebound in demand flows through following the October holidays, with wool caught up in the frenzy this week as buyers scramble for stock.

The Eastern Market Indicator (EMI) rallied strongly lifting 95¢ to close this week at 1117¢, a 9.3% lift for the week. This puts the EMI market rally since the beginning of September at what appears to now be the low at 30%, with the EMI gaining 259 cents over a 6-week period. The AUD was stronger by 0.5 cents at US$0.717 which saw the EMI in USD terms rising 74¢ for the week, closing at 801¢. Fremantle posted the largest daily rise since September last year with the Western Market Indicator gaining 113¢ and now sitting at 1167¢.

AWEX noted that with Fremantle selling last the surge in prices saw the rare occurrence of the Western MPG’s ending higher than the Eastern states MPG’s.

There was widespread price rises with buyers responding to increased buy orders by competing strongly for all types & styles. AWEX noted skirtings were “on fire”, with best low VM types up 70/80 cents, while other descriptions lifted 60 cents.

The crossbred section was less animated although all types showed improvement.

Cardings were quoted much dearer in all selling centres, with an average across the board rally of 37 cents. Melbourne was strongest with a 53 cent or 7.6% increase in the Carding indicator.

This week on Mecardo, Andrew Woods looked at the structural change of the Merino clip comparing the situation in 1992-93 with last season. Back in 1992-93 there were 4.6 million bales tested by AWTA, compared to around 1.65 million last year, however it is the change in micron of the clip that is remarkable.

A strong close in Fremantle usually bodes well for new orders for the following week. There are 34,093 bales listed for sale with all centres selling on both Tuesday & Wednesday. 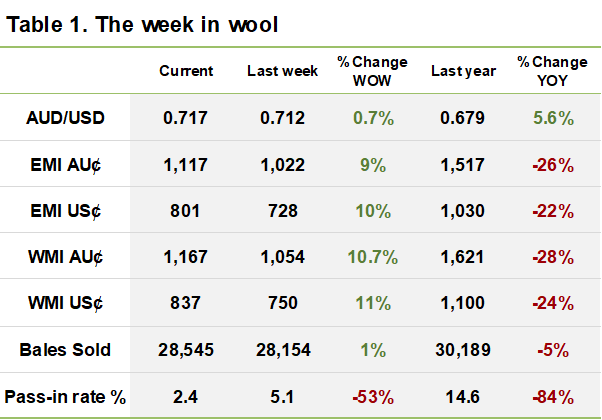 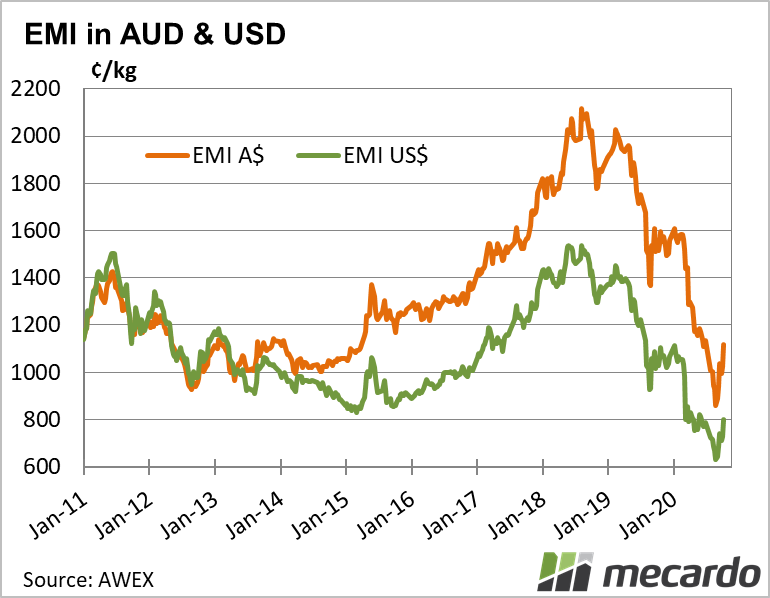 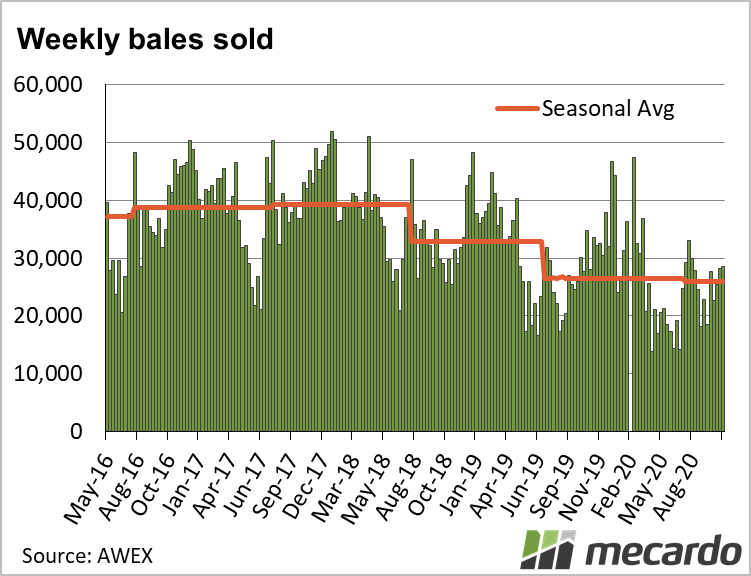