Last week we saw cattle yardings lift back towards 5-year average levels as we had our first full week of sales since May, while slaughter numbers lifted back to around last year’s levels but are still well down on the 5-year average. The increase in numbers to the yards saw most of the national indicators soften.

Slaughter levels lifted by around 10,000 head or 12% with 88,385 head of cattle sent for processing for the week ending 6th May 2022. MLA reported the increase in slaughter over the last couple of weeks can be attributed to a backlog from the feedlot sectors.

Looking at the key national indicators there was some softening across aboard which can be expected given the big lift in numbers across the board. Auctions plus reported strong demand especially for heavy steer lines, which was reflected in the national heavy steer indicator, lifting 11% on last week up to 498¢/kg lwt. Feeder steers also improved up 3.5% to 554¢/kg lwt while all the other indicators fell, between 3 to 8% (table 2).

Over in the west, yardings doubled and with the increase we some volatility in the market, with the WYCI falling during the week then rebounding to finish slightly up on last week at 1189¢/kg.

In good news for exporters, the Aussie dollar has been depreciating against the US dollar, hitting US$0.69 on Wednesday, which should give some more momentum to an already strong international demand for Aussie beef.

The last two seasons have generally been pretty kind to most cattle producers rainfall wise, although plenty have had too much….but it looks like we’re in for another La Niña, higher-than-average rainfall year. This week on Mecardo  Adrian took a closer look specifically at North QLD and whether the relatively high rainfall outlook just released  by the BOM for the next 3 months will make up for the poor monsoon season they’ve just had.

We can expect yardings numbers to remain similar next week and demand to stay relatively steady as good rainfall outlooks strengthen producer confidence. In good signs for the industry some of the labour/covid issues affecting the processors seems to have eased so we can expect processing levels to keep up with the strong local and international demand. 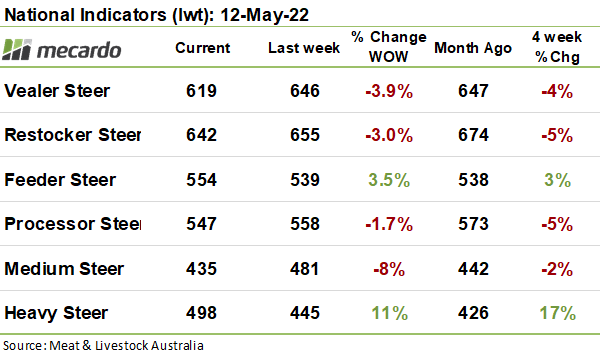 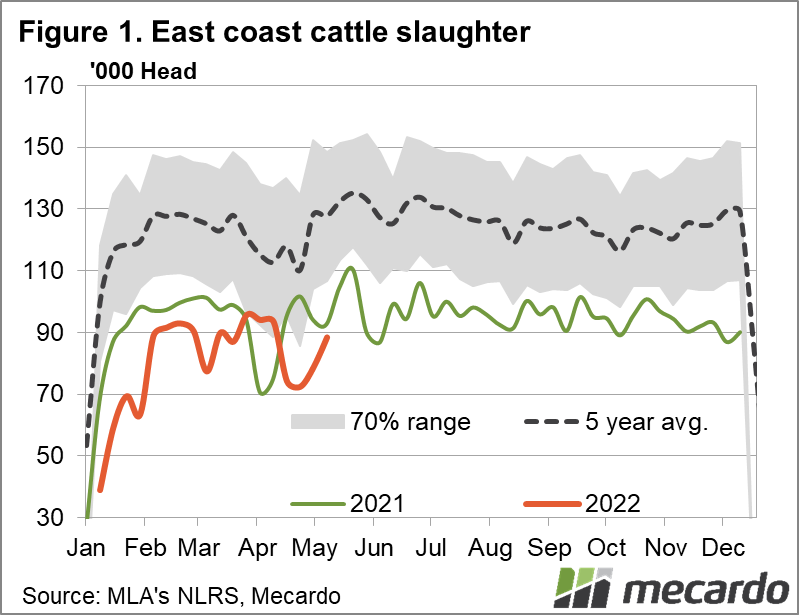