With the winter crop largely in the ground, the Australian Bureau of Agricultural and Resource Economics and Sciences (ABARES) have released their first estimates of the new crop. Despite the exceptional prices, areas haven’t expanded, but there has been a shift as producers chase the canola gold.

The volume of grain produced is simply a function of the area planted multiplied by yield.  Estimating these numbers is a little harder than making the calculation.  Areas planted to winter crops can shift dramatically, but this year ABARES is forecasting wheat areas as steady.

Figure 1 shows ABARES expects 13.2 million hectares have been planted to wheat this year, up only marginally on last year and 2020.  The continued strong plantings have seen ABARES forecast another strong production year, at least compared to historical averages.

Barley plantings are forecast to be down 5% on last year, despite a rally in prices early this year.  The fall continued the trend that started when China restricted imports of Australian barley.  Since 2019 barley plantings are down 19%.

The fall in area and lower yields are expected to see barely production down 20% on last year, with east and west coast croppers both expecting a similar decline.

Increased canola plantings shouldn’t come as a surprise, with prices over $1000/t.  This is how markets are supposed to work. ABARES are forecasting record canola plantings of 3.4 million hectares, up 12% on last year. Much of the increase in canola area has come from the decline in barley.

After two massive crops, ABARES is forecasting a very large crop.  The way the season is shaping up, the forecast production is entirely justified.  It’s worth noting, however, that with wheat, for example, forecast average yields are still 20% higher than the long-term average, and will require a very good season to be achieved.

In terms of price, with a strong crop, Australia is likely to stay behind international benchmarks.  There is plenty of room for prices to move higher if the season does start to tighten up, however. 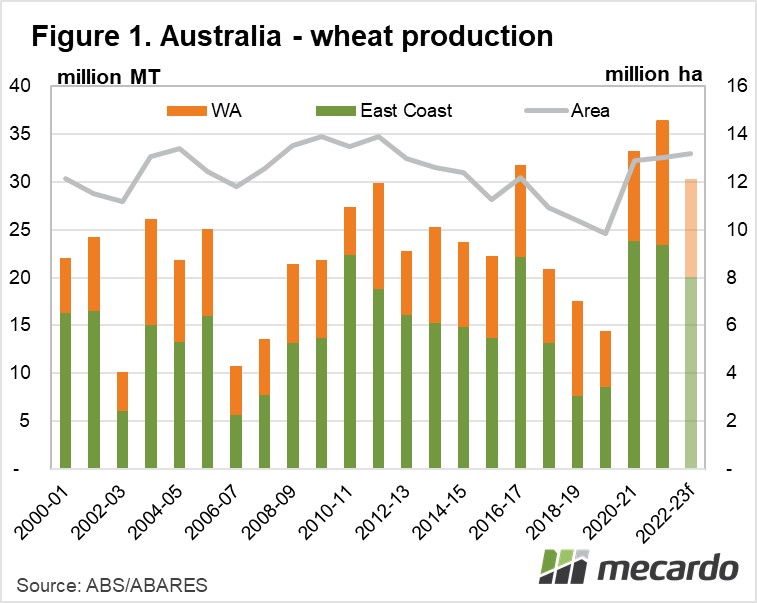 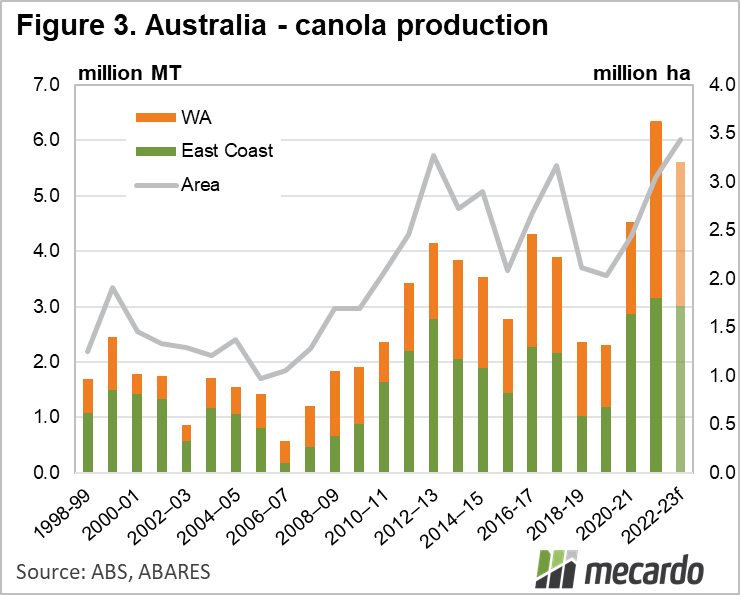