Young lambs take to the field

After last week’s market was defeated by a surge in lamb supplies, the correction kept some sellers away and most yards reported lower throughput this week. The market ended weaker again, with light lambs the sole goal kickers in terms of price improvements.

The rise in slaughter didn’t quite match the rise in yardings. East coast lamb slaughter was 14% higher than the week prior, and sheep slaughter was up 13%. Although, a quick glance at the year on year change in sheep supply explains why mutton prices have been holding up so well.

Despite anecdotal reports of lower supplies this week, the numbers were enough to see price penalties for most categories. So, who were the winners and losers of this week’s market?

Light lambs landed the trophy thanks to strong demand in SA and WA. The National light lamb indicator gained 12¢ on the week to end at 788¢/kg cwt. The wooden spoon went Restocker lambs which ended the week 33¢ under last weeks close.

The Eastern States Trade Lamb Indicator lost 13¢ on the week while the Western Australian Trade Lamb Indicator continued to make up ground, gaining another 16¢ to 634¢/kg cwt.
Results for sheep were mixed between the states, but overall the National Mutton Indicator (NMI)  fell 7¢ to 603¢/kg cwt. The NMI is still sitting 11% higher than the same time last year.

As reported by Angus Brown earlier in the week, lamb supply is expected to track around last year’s levels in November and December. With the market currently trading at near year-ago prices, it may follow a similar easing trend out till the end of the year, assuming the demand is still there. 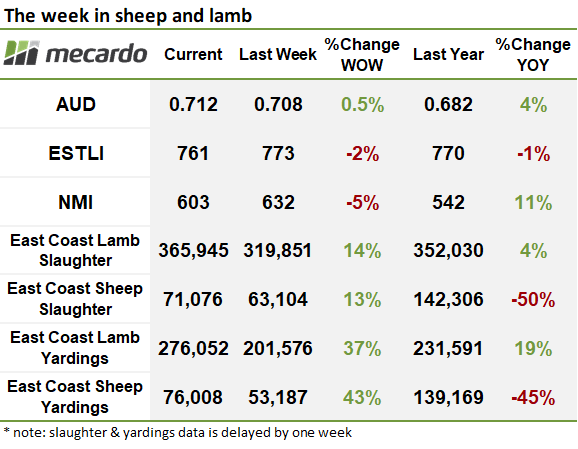 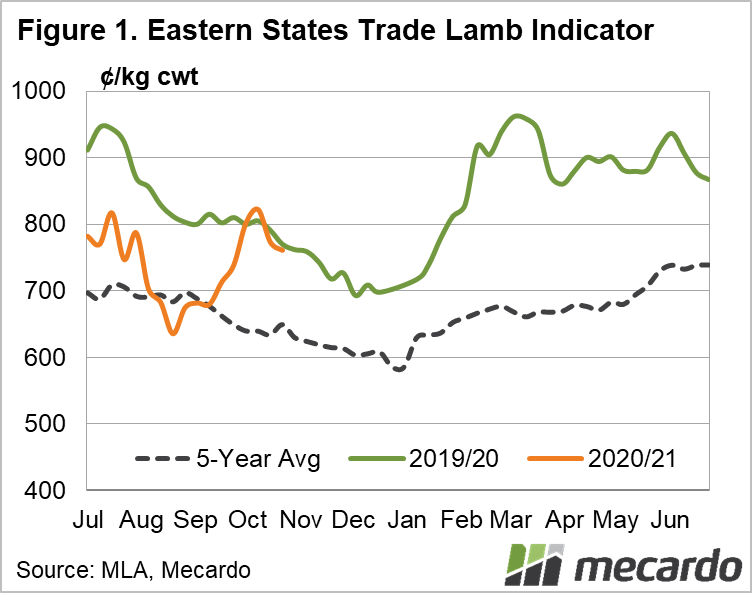 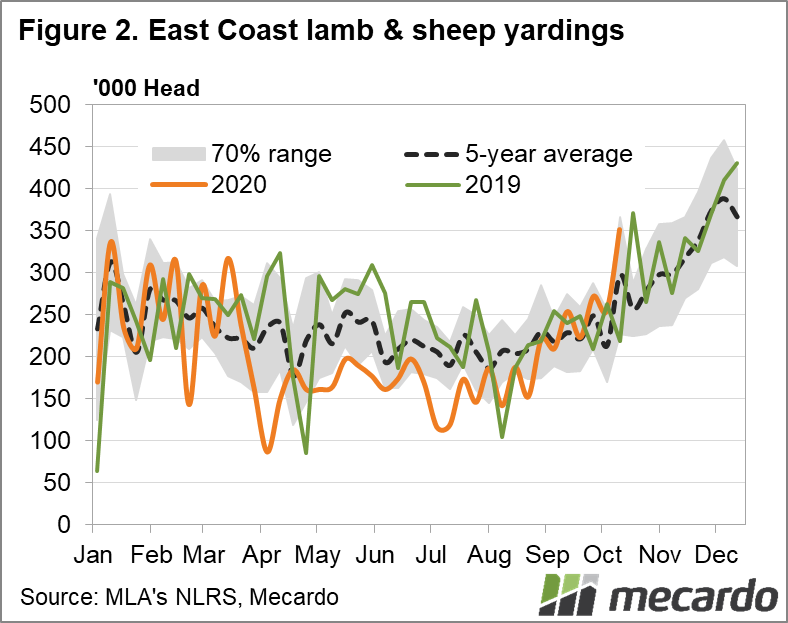