The lamb & sheep market bounced back strongly this week after a series of depressing weeks marred by high supply. The upbeat mood this week was driven by stiff competition for a greatly reduced offering. Most key indicators booked solid price increases, with the ESTLI recovering 4.2% for the week, and the NMI up 6.2%.

Indications are that yardings slipped even more this week, tightening the market and driving price increases. Trade lamb yardings were down 30% week on week to 17,449 head, while merino lamb offerings fell 46% week on week to 4,095 head. National mutton yardings fell a whopping 58% week on week.

The fall in mutton yardings this week was demand driven, as it was known in the markets that Fletchers in VIC,  which is reportedly one of Australia’s largest mutton exporters, is in winter shutdown & maintenance mode and consequently absent from the markets. The mutton price rise may have been helped by other processors stepping up to the mutton job in the absence of fletchers.

Overall, the positive price sentiment this week was of insufficient supply compared to the level of demand currently.

Last week’s east coast lamb slaughter dropped back 9% to 333,454 head, with the main driver being NSW, experiencing a steep 21% reduction in slaughter, compounded by a 4% fall in VIC processor throughput. (figure 1) The sheep slaughter rate plunged last week, dropping 34%, to 52,522 head, with NSW numbers diving a massive 80% week on week, partially offset by a 27% increment from VIC. (figure 1)

On the supply side, sheep yardings last week plummeted 44% overall, driven by a 46% reduction in NSW and 40% in VIC. (figure 2)

Commentary from significant saleyards of Bendigo, Ballarat, and Wagga suggest that offerings are still of fairly mixed quality, with some producers clearing out poorly performing winter stock that lack finish. Demand for quality remains solid, however.

Historically, many lamb processors shut down in July, and there are reports that the Thomas foods International (TFI) Lobethal plant in SA will be offline for three weeks later this month, causing Frew’s at Stawell, Vic to slow down.  Given that COVID-19 issues caused some processors to move maintenance activities forward over the pandemic period, the number of plants going quiet this year may be reduced.

Cold, wet conditions over winter have caused some producers, particularly in VIC to hold back from the saleyards as lambs fail to finish strongly, but the focus is still on quality. If the trend towards low yardings continues next week, there may be some opportunity to take advantage of the bounce in prices – which will most likely prove to be temporary, as it looks to be primarily driven by a sudden squeeze in supply. 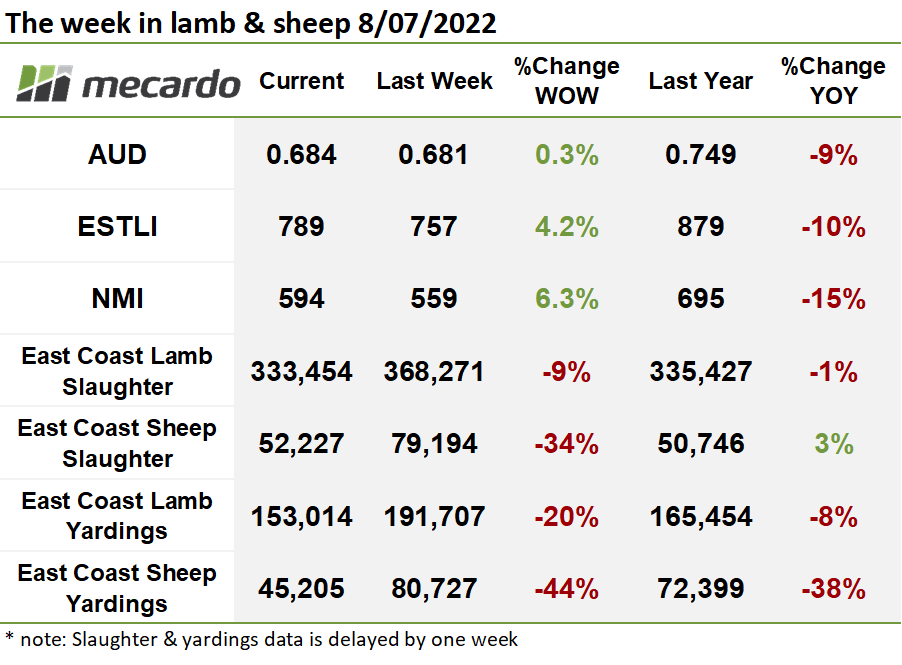 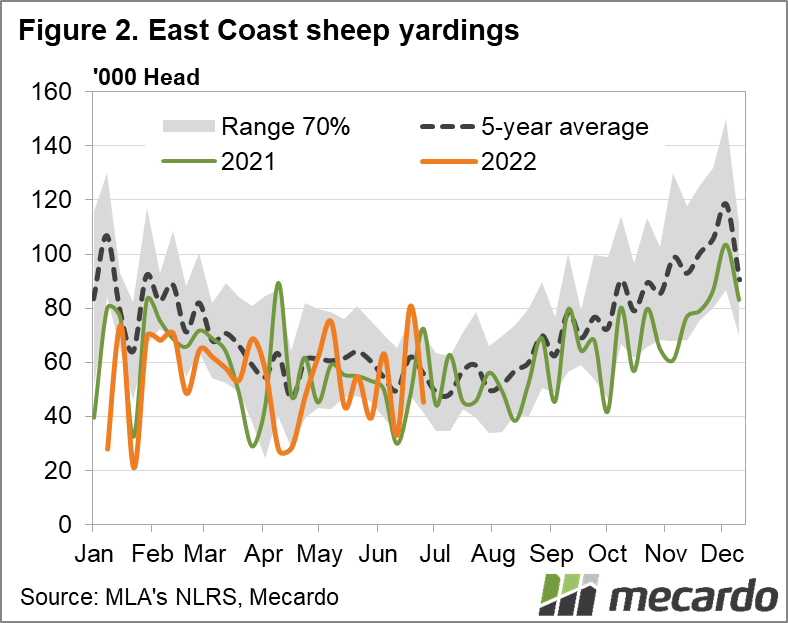