NZ competition not a problem for lambs yet

Last week we had a query regarding our main competitor in sheepmeat markets, New Zealand, and how their heavily seasonal turnoff might impact prices in the coming months. The good news is that New Zealand’s peak comes after Australia, but when lots of lambs are carried through to the New Year, NZ can impact prices in the autumn.

The levels of competition Australian lamb exporters experience from New Zealand is highly seasonal and is of course impacted by the NZ lamb crop. The first bit of good news, and we have covered this plenty of times over the year, is that the Dairy boom in New Zealand has seen the sheep flock, and lamb crop decline heavily over the last 20 years.

In 2019 the size of the New Zealand lamb crop continued to decline, making it the fourth straight year of declines (Figure 1).  Over the last 10 years, the NZ lamb crop has fallen 19%, taking roughly 5.4 million head of lambs off the market.

At this stage we don’t know the size of this year’s NZ lamb crop, but Beef & Lamb NZ  are reporting the breeding flock has remained relatively steady, although it will be younger this year.  Strong mutton prices have seen a hard cull of older non-performing ewes and retention of more ewe lambs.  From this, we can expect a largely steady lamb crop, with any lift being less than 2 to 3%.

Last year around 50% of New Zealand’s lamb went to China, which, when supply is strong, will replace Australian lamb.

An astute observer will have realized that NZ sell their lambs at lighter weights than Australia, and this helps to differentiate markets to an extent, but prices do still follow a similar trend.  When you add NZ and Australian lamb supplies together, peak export supplies are actually available from January to March.

While slaughter capacity limitations might restrict lamb prices in the spring, the next challenge will come from New Zealand’s export competitiveness in the New Year. 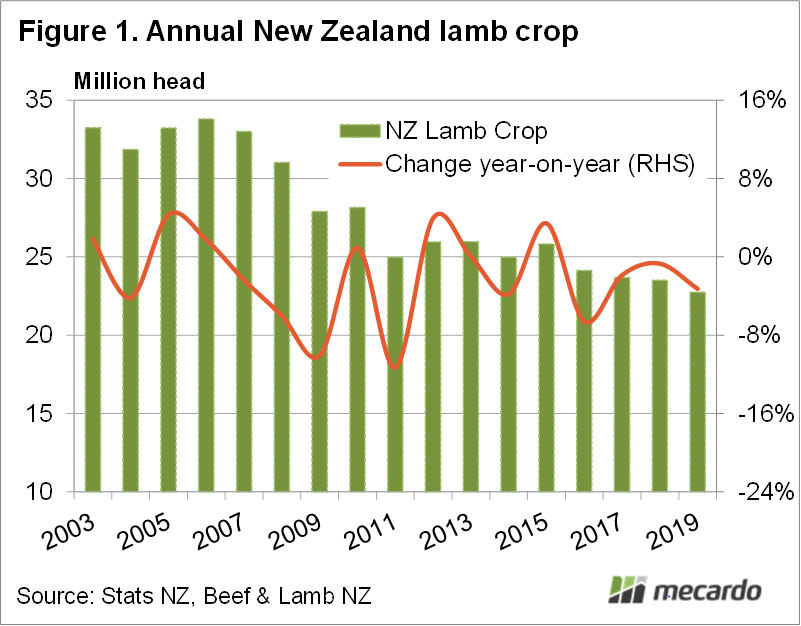 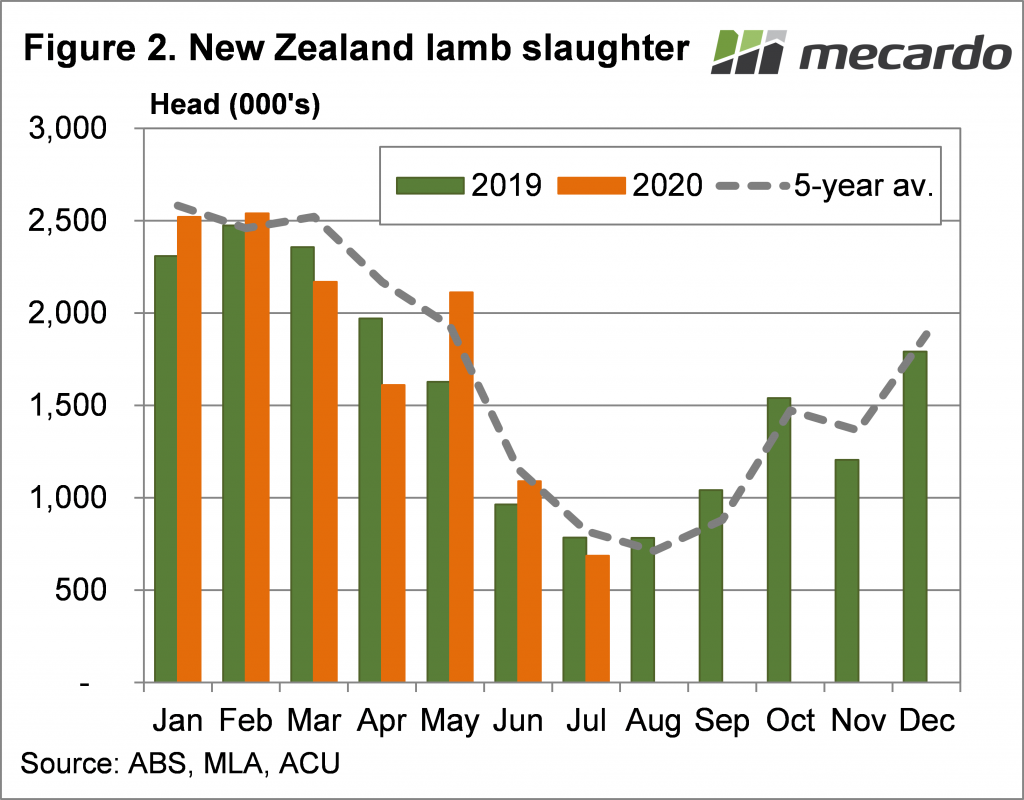 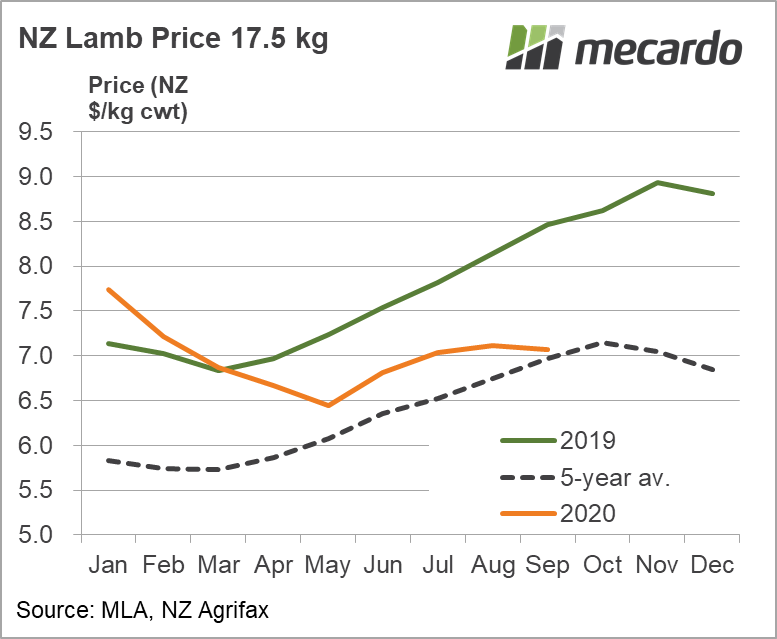