Mutton prices have taken a step towards a winter price peak over the last fortnight as supplies enter the winter doldrums. While good for the few selling mutton, it is those with old season lambs on hand, and new season lambs on the ground, who will be interested in how a rising mutton price might impact the lamb job.

Mutton slaughter crashed in NSW two weeks ago, and prices responded by jumping higher.  Figure 1 shows the National Mutton Indicator (NMI) rallied 9% in the week ending the 20th of May, going from 569¢/kg cwt to 619¢.  We can see it is the first time the NMI has been above 600¢ since the first week of the year, and prices are now at a small discount to this time last year.

Sometimes when prices jump one week, a flush of sheep appear at saleyards, seeing values ease the following week.  This is not something that happens much in winter, and it was good to see mutton prices hold last week despite more sheep coming to saleyards.  This is an indication of weak direct supply, and strong demand.

The five year average suggests the jump in prices was timed pretty close to the usual trend, but also that there might not be much more upside.

Figure 2 shows the mutton discount to lamb, and it’s now at an 11 month high.  Old season lamb supplies still appear to be plentiful, while mutton has tightened.  We saw a similar trend last year when the NMI bounced between a 150¢ and 180¢/kg cwt discount to the Eastern States Trade Lamb Indicator (ESTLI).

Over the past 7 years it has been rare for mutton to be much closer to the ESTLI than 150¢.  The ESTLI/NMI spread widened in July last year, but we can see in figure 3 that it was due to lambs taking off, rather than mutton weakening.  The NMI didn’t fall significantly until October.

Tighter sheep supply, and higher mutton prices are only good for potential lamb values.  Fewer sheep on the chains leaves space for lambs, and we’ve still got a month or more to go until the winter shutdowns start to disjoint supply and demand dynamics.

The average ESTLI/NMI spread for 2022 has been 225¢/kg cwt, so lamb could easily rally back to 840¢ without becoming expensive relative to mutton. 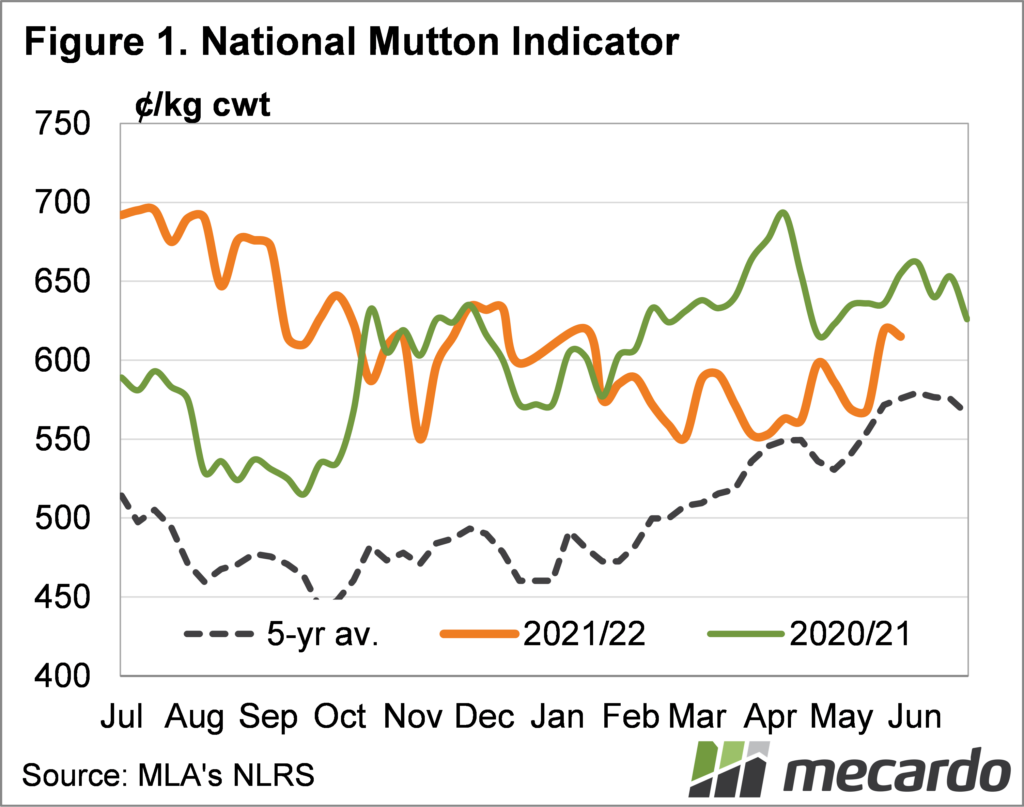 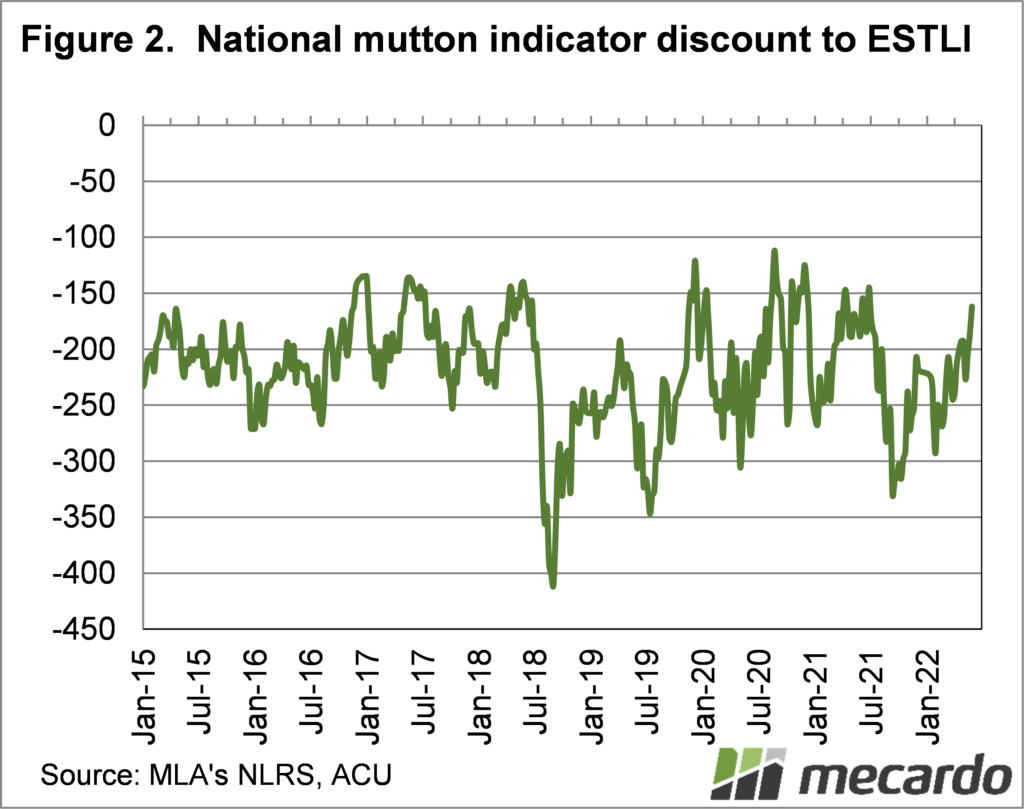