As sales wind down for the year, the same question we get every year arises. Will prices be better in the New Year? Historically chances are the market will rise, but there is no guarantee the January demand spike will rear its head this year.

Figure 1 shows that on average east coast lamb slaughter has peaked at levels similar to those of spring in the middle two weeks of January.  In the last two years, we have seen the same slaughter peak, but subsequent supply has moved in different directions.

The increased slaughter could be a case of processors catching up after low slaughter levels over Christmas and New Year. Lamb consumption doesn’t slow because there are holidays, and the high slaughter rates are required to bolster stocks, especially with the Australia Day short slaughter week at the end of January.

Over the last ten years, lamb prices have risen 10% on average from the start of December to the end of January.  It doesn’t look like much on figure 2, as the high prices of the last two years dwarfs the 10-year average.  But a 10% price rise is nothing to be sneezed at.

Lamb prices don’t rise from December to January every year, but it is rare for them to fall too far.  Figure 3 shows the price movement in the Eastern States Trade Lamb Indicator (ESTLI) from early December to the end of January.

A betting person would take an average 10% price rise and the chance of a 29% rise, versus a 10% fall.  However, 2011-12 does sound a little familiar.  A good spring saw tight supply and restocker demand hold the market up.  The difference is that in 2011-12 the flock was at the end of a rebuild phase, and this time it is closer to the start.

We know processor margins are tight, and the Aussie dollar is rising, but there is more chance of a price rise than a fall coming into January. 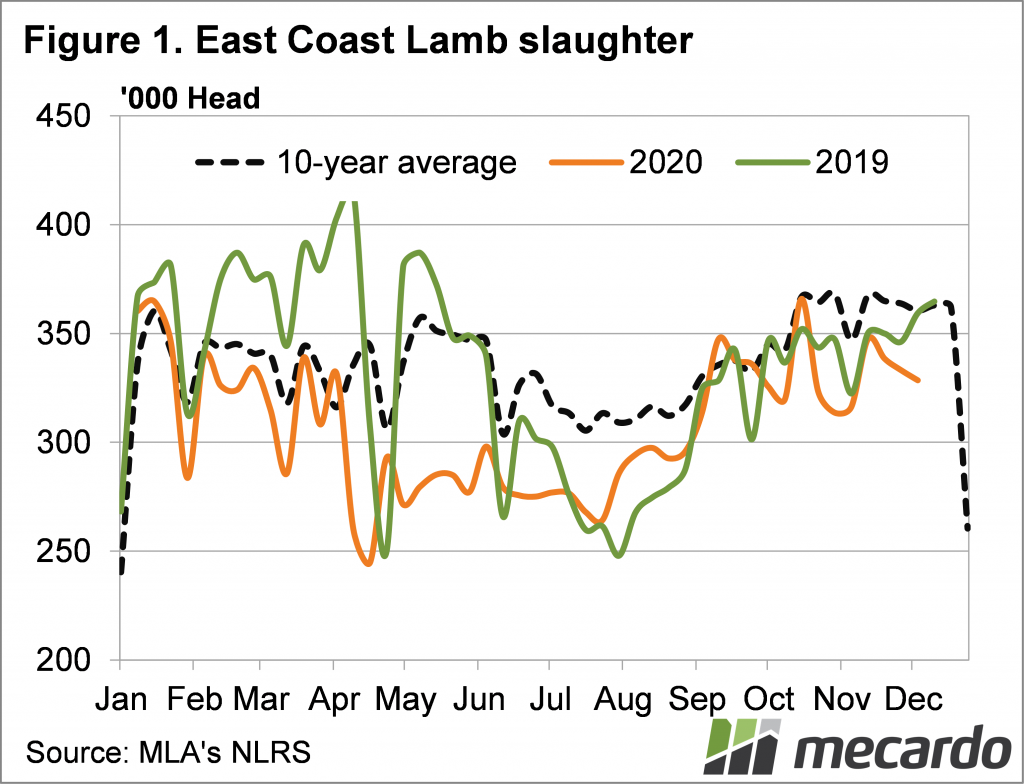