The slippery slope that lamb prices were on found a new trajectory this week. While the full loss of recent weeks hasn’t been recouped, very low yardings encouraged a decent bounce across all types.

Producers responded to falling lamb prices over the last fortnight by pulling back throughput with the east coast yardings at levels usually reserved for disrupted public holiday weeks. Just 92,310 head were yarded on the east coast. This was a drop of 33% from the week prior and almost 60,000 head under the five-year seasonal average level for this time in the year.

East coast producers were just as motivated by some wet weather and recent lower mutton prices to keep sheep away from yards too. Just 23,767 head of sheep were yarded, which dragged total ovine yardings to levels below even the winter of 2011, which we use as a benchmark year of tight supply (Figure 1).

Processors continued on with recent lamb slaughter levels, tracking sideways for the week. Meanwhile, sheep slaughter was well back on last week, falling to the lowest levels this season.

The Eastern States Trade Lamb Indicator lifted on the week, up 51¢ or 7% to 821¢/kg cwt (Figure 2). All lamb types gained ground, but restocker lambs were the most well-supported category on the east coast, up 113¢ or 12% to 915¢/kg cwt as some good rain across inland NSW and Victoria excited restockers. Light, trade and heavy lamb indicators were all up 50 to 60 cents.

It was a different market in Western Australia this week. Heavy lamb prices played catchup to the falls recently experienced on the east coast. The WA Heavy Lamb price moved back 118¢ on the week to 727¢/kg cwt. WA trade lambs also felt the weaker market, down 26 cents to 751¢/kg cwt.

Mutton prices were neither here nor there. The National Mutton Indicator remained largely unchanged on the week at 598¢/kg cwt.

Four meatworks in Victoria have reported employees testing positive for COVID-19. The closure of any sites will be noticed in Victorian saleyards and slaughter volumes over the coming weeks. One of the affected sites, JBS Brooklyn at full capacity can process around 8,200 head of smallstock but the seasonal slowdown in processing and tight supply will cushion any impact from reduced processor activity. 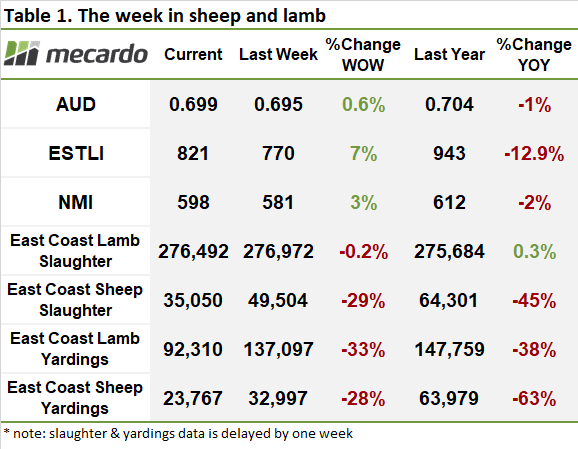 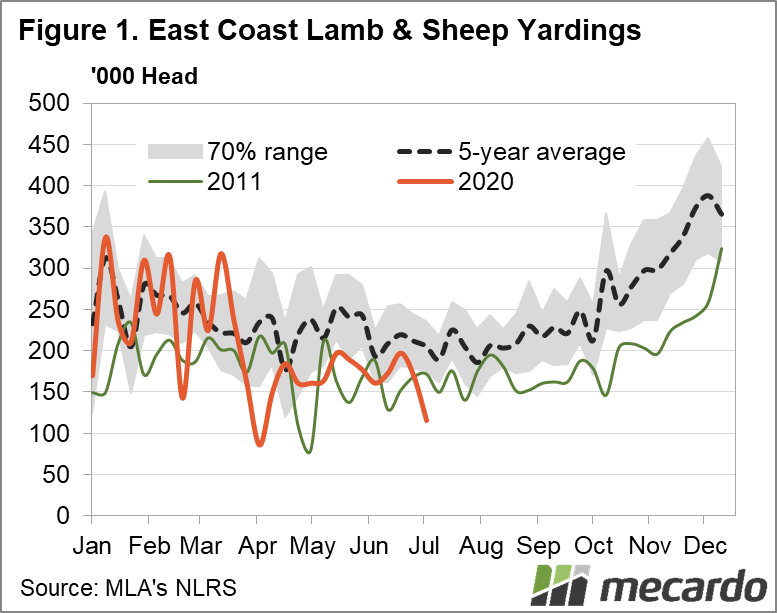