Trimming a bit more off sheep and lamb supply

Meat & Livestock Australia’s (MLA) industry projections were released this week, and there was no improvement to supply outlooks. In fact, slaughter rates and flock numbers that have come to light so far this year, will see supply stripped back further for the next couple of years.

The National Sheep flock was already forecast to hit a low not seen in over 100 years and the Australian Bureau of Statistic (ABS) official number for June 30 2019 came in at 259,000 head, or 0.4%, lower than the February estimate.  As such MLA stripped another 200,000 head out of the 2020 forecast it made in February.

The lower flock and the very tight lamb slaughter rates for the year to date, saw slaughter estimates also adjusted down for the June projections. Figure 2 shows lamb slaughter is still set for an 8 year low in 2020, but it is 2% lower than the previous forecast.

With the rain and subsequent lower sheep supply for the year to date, it is sheep slaughter forecasts which have taken the biggest hit. Sheep slaughter for 2020 and 2021 was decreased by 10%, both to eight year lows of 6.5 million head. An extra million head is expected to go over the hooks in 2022 and 2023, but it is hard to see sheep slaughter getting back to the highs of 2018 and 2019.

Much of the decrease in lamb supply this year has already been accounted for, and MLA expects strong growth in 2021.  This suggests we might be seeing the last of lower year on year lamb slaughter, and as such, the growth in prices.

On the other side of the coin, we have sheep slaughter which is expected to be very low for two years, and won’t recover to the levels of recent years for at least four years.  This will no doubt support sheep prices in general, as will the flock rebuild. 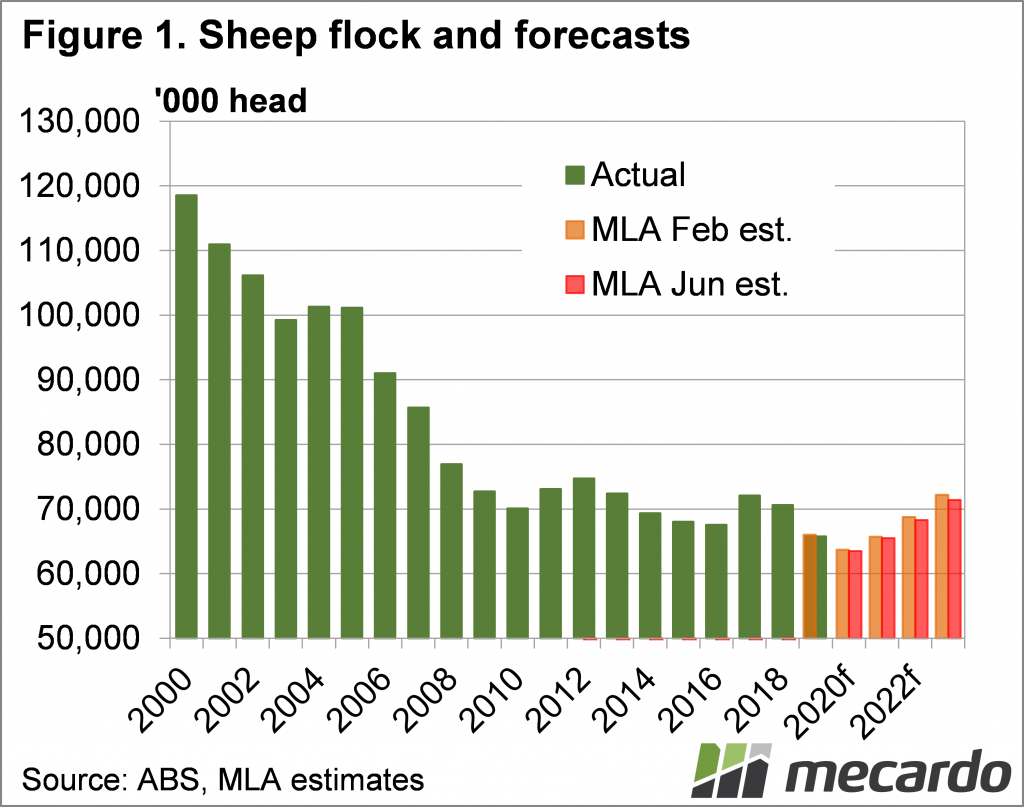 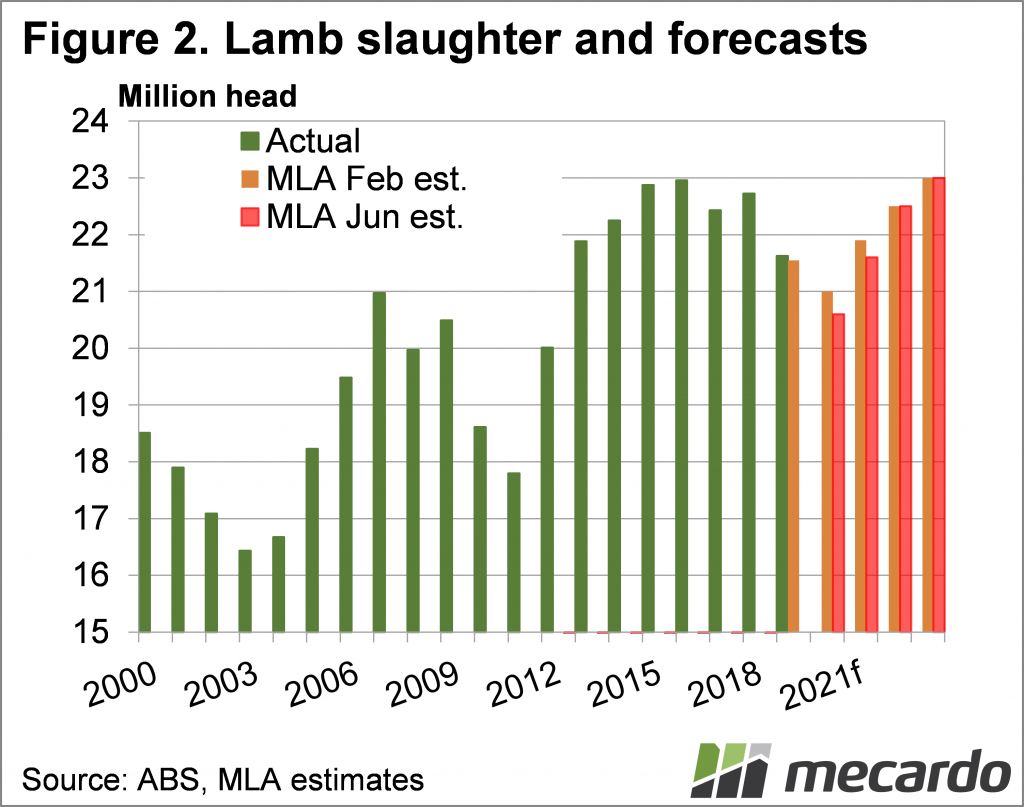