Lamb exports are holding firm despite domestic processing challenges and international economic shortfalls. Australia sent an extra 9 per cent of lamb offshore in August compared to last year, and volumes for both July and August were above the five-year average. The uptick in the past two months hasn’t yet made up for the shortfall seen in April and May, however, with year-to-date lamb export volumes still 9 per cent lower than the same period in 2019.

Exports continue to roughly follow slaughter rates, which climbed 6 per cent for August, which shows there continues to be a market for what Australian produce – however at what price is another story. The US demand for Australian lamb didn’t wane in August, with exports to the country rising 48% compared to the same month last year. This saw the US overtake China as the biggest customer for Australian lamb, with 23% of the share vs 22%.  According to Meat & Livestock Australia, the US has accounted for 21% of Australia’s total sheepmeat exports in 2020, compared to the 17% five-year-average.

While the latest export value data is still only for June, it’s clear the price equation in the US isn’t quite as rosy as volume upturn. According to the latest Steiner report out of the US, food service demand for prime cuts – or a lack thereof – has pushed the price of fresh Australian lamb racks (28oz and up) to a three year low, having lost 14% in just one week of August. Frozen racks (20-24oz) are no better off, with prices down 57% year-on-year. On the flip side, more meals at home means retail prices for less valuable cuts, such as legs and shoulders, are between 6 to 8% higher than this time last year.

If we look to our other major market, lamb exports to China have dipped 17% for the month compared to 2019 but are still well above the five-year average and are only 1% lower for the year-to-date period. Mutton exports to China rose just above the five-year average in August but are 37% lower for the year-to-date. They are still holding the biggest market share of our mutton however, at 29%.

There’s still plenty of demand for lamb it would seem, but perhaps not at the premium price the industry is used to. You would imagine a strong Australian dollar and ongoing uncertainties about foodservice throughput would continue to hold prices back, however, there should still be an export market for increased lamb volume in spring. 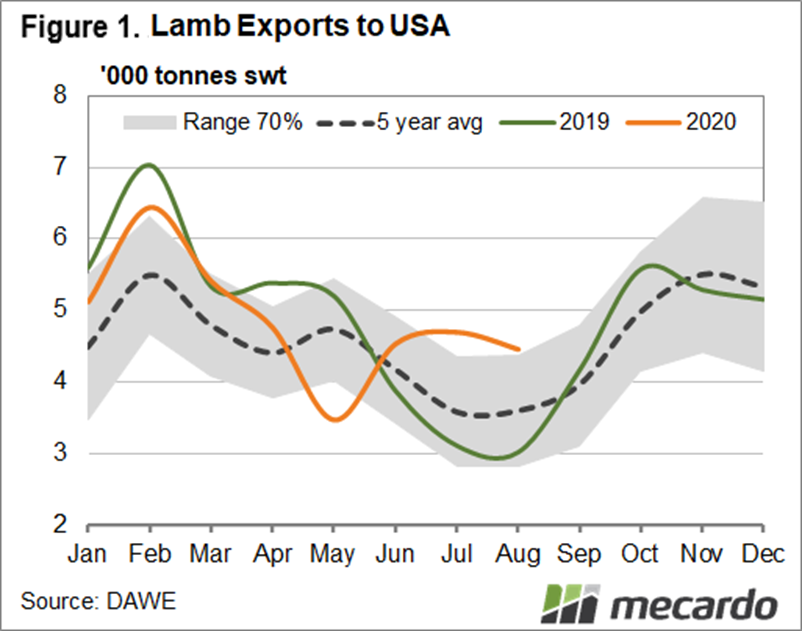 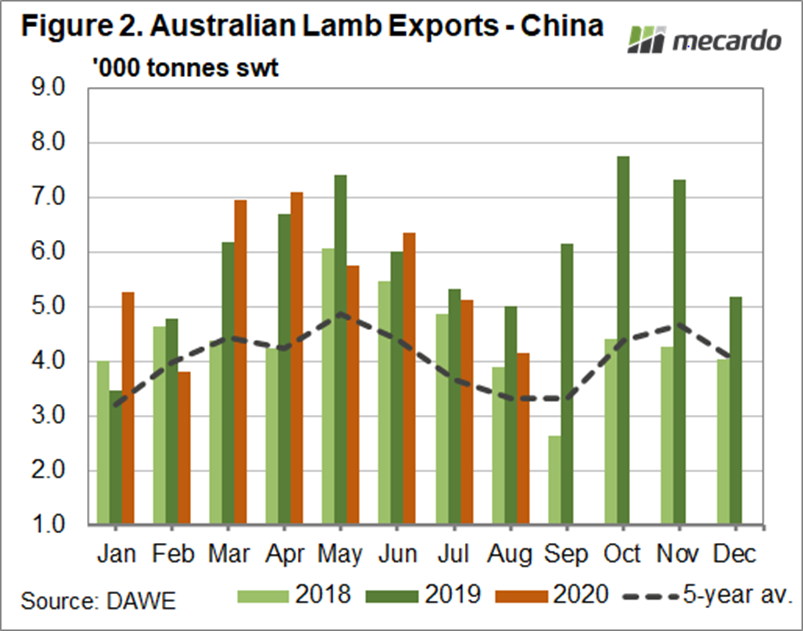