Meat and Livestock Australia’s (MLA) sheep industry projections released last week are calling for a pretty significant rise in lamb slaughter this year. It could be expected that the increased numbers would start hitting the market early in the year, as the larger 2021 flock flows into slaughter. That hasn’t been the case, and the market may be feeling the repercussions.

The Australian Bureau of Statistics (ABS) official slaughter data was also released last week, and as it turns out, lamb and sheep slaughter came in pretty close to 2020.  The final national lamb slaughter figure was 20.797 million head, up 1.8% on 2020.

This was despite final quarter lamb slaugther figures coming in 4.4% lower than 2020.  On the sheep front, the ABS figures were a bit of a surprise.  Final quarter sheep slaughter was up 16% on 2020, lifting the annual rate to just a 2.5% deficit to 2020, despite a very slow start.

With more sheep exiting the system than expected, the forecast for 2022 lamb slaughter might be revised down a little, but it will still have to be much stronger than last year.  The national flock was estimated to be 11% higher as of June 30 in 2021 (official numbers come out in May), and most of these would be ewes or ewe lambs.  The forecast of 21.6 million head of lambs for slaughter may be conservative still.

The 21.6 million head would be a 4% increase on last year, but we haven’t seen it yet.  Issues with processors reaching full capacity and the omnicron wave saw lamb slaughter for the first seven weeks of 2022 running 9% lower than last year on the east coast (figure 1).  That equates to 192 thousand head that hasn’t been slaughtered, and if there are more lambs out there this year, it might be more lambs waiting for space.

The sheep slaughter forecast will be revised, but as of last week, it sat at 6 million head, so a lift on the 2021 level of 5.8 million.  For the year thus far MLA figures have east coast slaughter languishing 18.5% below last year’s level (figure 2).   There is quite some ground to make up.

We know there have been issues with slaughter capacity constraints since Covid hit.  However, if rates can get back to late spring early summer levels the lamb and sheep backlog should be worked through.  Falling prices and strong processor margins would normally have an impact on slaughter rates, and producers should be hoping processor capacity can lift to add a bit of support for the market. 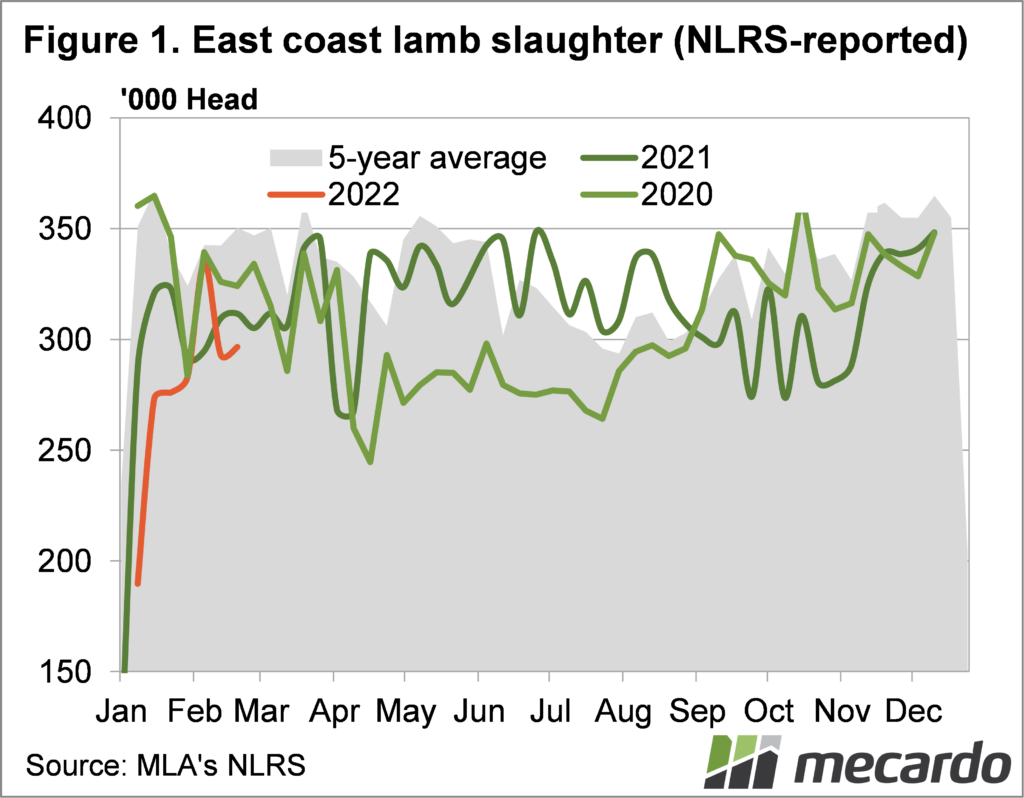 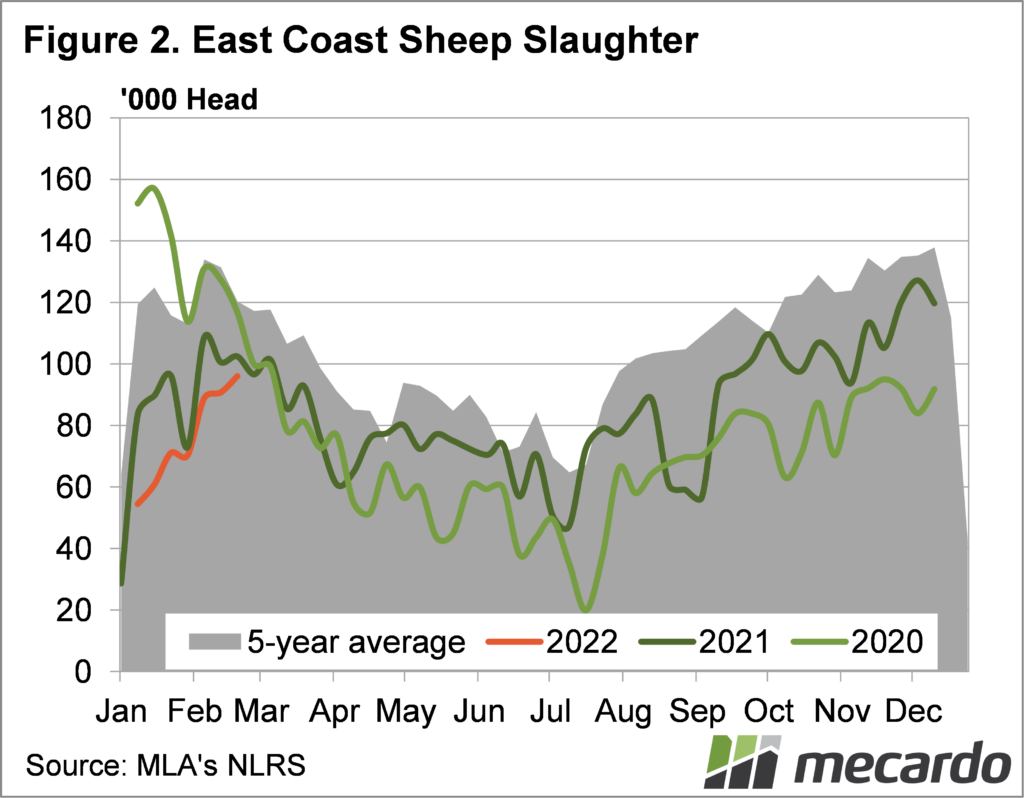