Cows jump against the trend

Despite a sea of red ink on the National categories, medium cows notched up a solid increment of 9% this week. The Eastern Young Cattle Indicator (EYCI) weathered the storm, even though supply of young cattle returned in earnest after the Australia day holiday week.

Slaughter downshifted 9% last week from the week prior, with pandemic related labour issues clearly still hampering production. Compared to the same time last year, slaughter is 35% off the pace.

Yardings plunged 47% from the week prior last week to 17,205 head, with QLD and VIC yardings figures seeing the biggest declines. This was no surprise as a big dip takes place every year due to the Australia day holiday, however, numbers were still off 17% compared to the same week last year.

The EYCI lifted 16¢ (1.4%) to 1,135¢/kg cwt. Dalby was the largest contributor to the index this week, at 20% of the seven-day rolling volume, with a price of 1,169¢/kg cwt, closely followed by Roma store, which notched up a price of 1,184¢/kg cwt, representing 16% of the index. Casino delivered the highest average price for the week, at 1,255¢/kg cwt, however, this was mainly driven by a majority of vealer heifers and steers in the sales mix, while yearling steers fetched a more modest 1,159¢/kg cwt in this market.

Over in the west, the Western Young Cattle Indicator (WYCI) lifted 128¢(13%) for the week, but this was only because the balance of the index shifted back to higher-priced vealers again, while last week they were unusually absent from the market.

EYCI yardings recovered to 12,452 head post-holiday, indicating that when the data is released for total east coast yardings relating to this week, we might see a strong increase in numbers offered.

It was mostly red for the national indicators with restocker steer prices shedding another 2.3% this week, to 725¢/kg lwt. Since the start of the year, it has declined 40¢ or 5%. A notable exception to the trend this week though was the medium cow price, which rocketed up 30¢(9%) for the week to hit 370¢/kg lwt.

Traditionally, we see a strong spike of supply coming into the saleyards as February progresses,  however, the current trend is indicative that numbers are likely to be down considerably from last year for the time being. If supply remains tight, that will help support prices going forward. 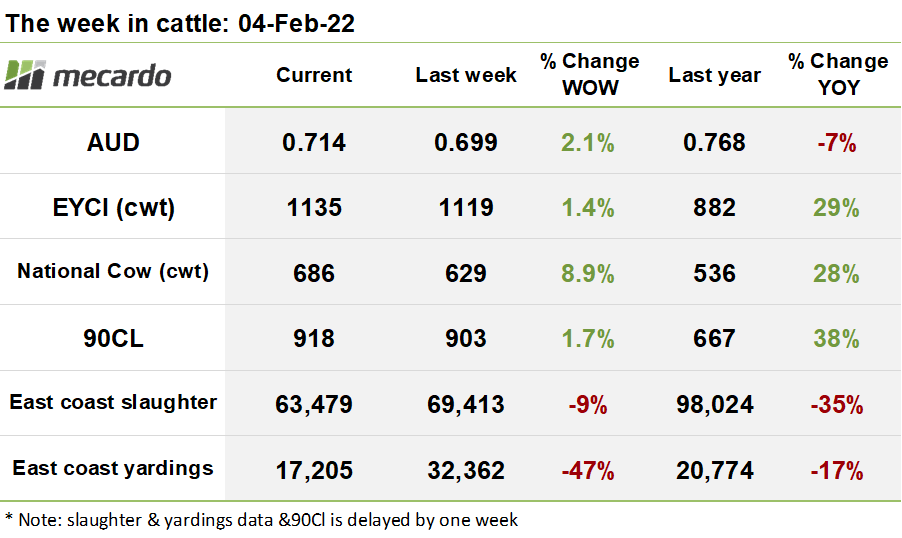 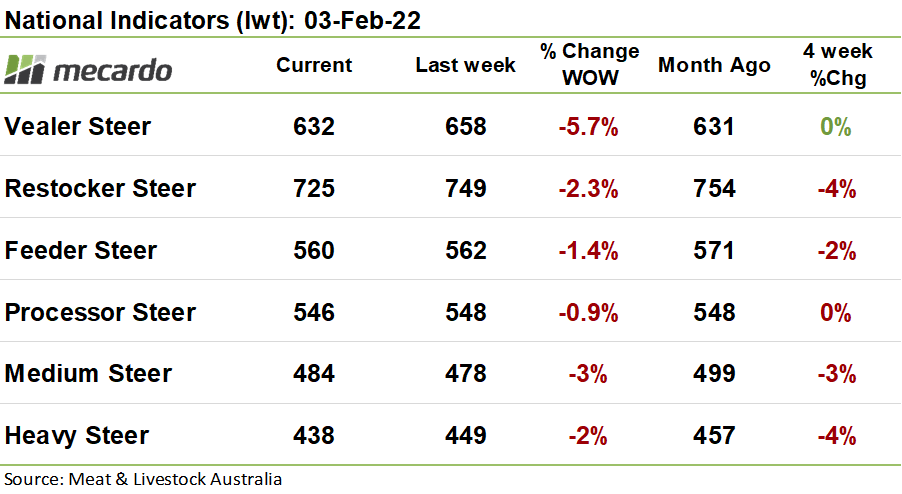 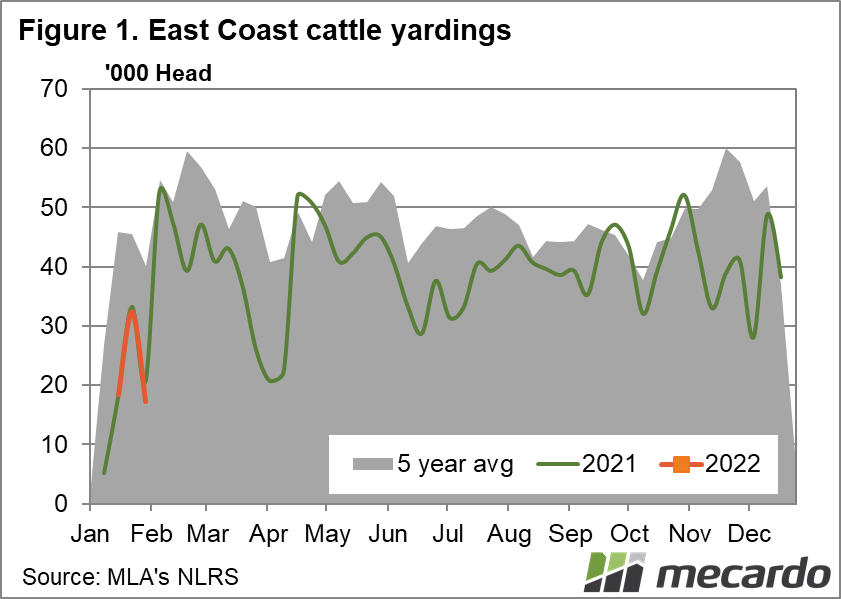