After four consecutive weeks of prices moving higher, buyers ran out of steam this week and were able to be more selective with the number of lambs on offer. While the lamb market eased, sheep were well sought after and saw price improvements.

The latest slaughter and yarding’s numbers are for the week ending the 9th of October, so don’t provide much insight into this week’s weaker market. However, Meat & Livestock Australia’s reports from some of the key yards suggest big week on week lifts in supply in NSW.

Last week Victoria saw a significant lift in yarding’s with an extra 18K head of lambs making an appearance. This wasn’t enough to make up for a fall in volumes in NSW though, with total east coast lamb yarding’s down 7%. A look at the five-year average for this time in the season shows us that lamb yarding’s last week were 42% higher than average. The week on week story was similar for sheep in yards – big numbers in Victoria, while they dropped off in NSW to see total east coast sheep yarding’s down 7%. This was 24% below the seasonal five-year average.

Slaughter numbers for both sheep and lambs were lower last week as well. It was just a small drop of 2% for lambs mind you, but we haven’t seen east coast sheep slaughter this low for a few months.

The National Restocker Lamb Indicator was the only lamb indicator to see improvements, up 24¢ to 875¢/kg cwt. Light and Merino lambs lost 20 to 25¢, while the Heavy Lamb Indicator ended the week 49¢ lower.

With sheep supply tightening further, the National Mutton Indicator (NMI) gained 40¢ to 609¢/kg cwt. This is the first time we have seen the NMI above 600¢ since June.

Once prices take a turn in the spring it’s rare to find them rising again until December or January. That being said it’s an unusual market we’re dealing with this year and with Mutton above 600¢ and demand from Restockers supporting the market the depth of the fall might not be what we’re used to. 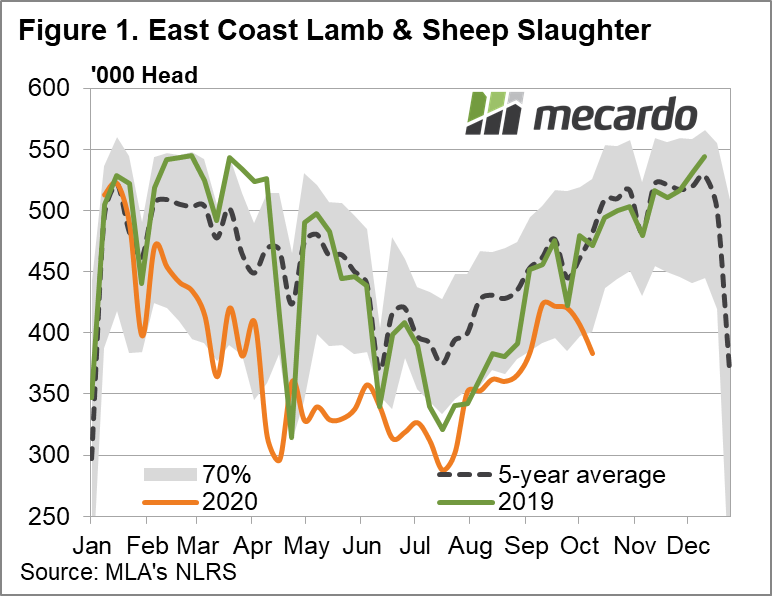 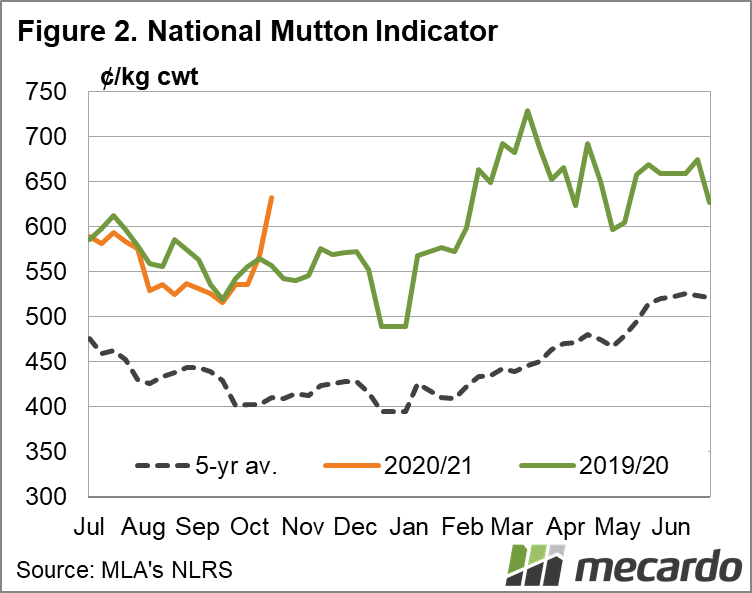