Oilseed markets have been battered in recent times by Indonesian palm oil export tax cuts, recessionary concerns and 8 EU countries seeking to reduce their biofuel blending mandates. However, a bright spot has emerged on the supply side, with Canada reporting a smaller planted area for the upcoming 2022/23 crop.

Statistics Canada released new estimates this week on the Canadian 2022/23 crop, revealing that the planted area of Canola would be reduced from 4.7% from 9.1 million hectares to 8.67 million hectares. (figure 1)

Despite this lower amount of land dedicated to Canola production, the USDA is forecasting that the Canadian canola crop result will come slightly better than the 2020/21 season, delivering an average yield of 2.33tons/Ha and a total crop of 20mmt. (figure 1)

There has been some significant contrast across some of the Canadian canola growing regions however, with the prairie provinces of Albert and west Saskatchewan suffering continued early season low rainfall. This has failed to replenish existing low soil moisture reserves carried over from last year’s disastrous season, but the dryness enabled planting to progress at a fairly normal pace.

Other areas, like Manitoba, south Saskatchewan and northern Alberta copped the opposite – unusually high rainfall, that resulted in delayed seeding, particularly in Manitoba where flooding put the brakes on planting. About 53% of the Saskatchewan Canola crop was deemed behind, while 71% of Alberta canola was rated to be in good to excellent condition.

Since the 15th of June, the MATIF Canola forward curve has dropped a cumulative total of 9%. However, on the Canadian news, the Jan-23 contract price lifted 2% to settle at $1,022 AUD.

Crossing to North American markets, the ICE canola forward curve has seen a more savage decline of over 18% over the same time period. However, it appears that the news of lower planting estimates were counteracted by coinciding recent soy oil and crude oil weakness, as brent crude oil prices slipped below US $100 / barrel (figure 4) off the back of continued concerns about threats of global economic recession, COVID resurgence, and a soaring US dollar.

Canada planting a smaller area with canola this season will reduce world oilseed supply, and provide some welcome upward pressure on global prices for the new crop ahead. Some of this price buoyancy will flow through to help support Australian canola markets. However, this change will only serve to soften the blow that may be dealt by other fundamentals impacting oilseed markets presently. 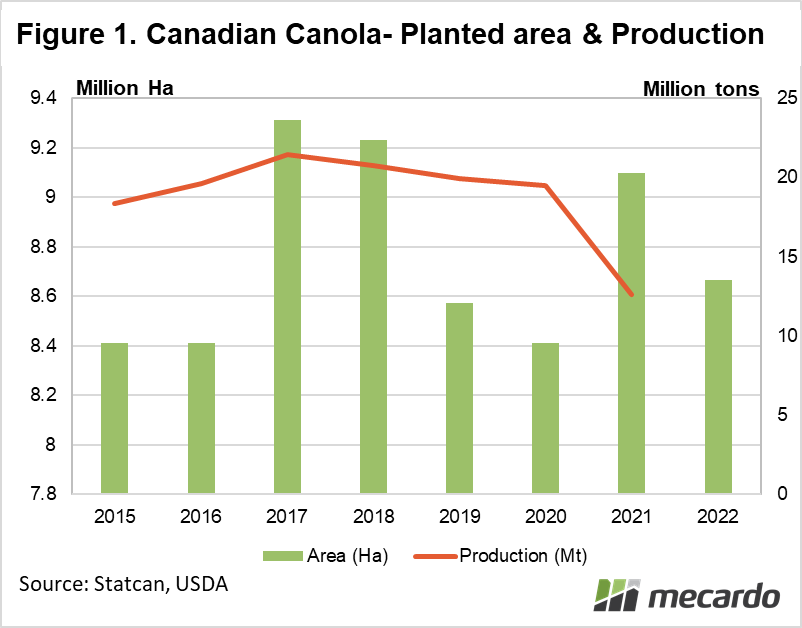 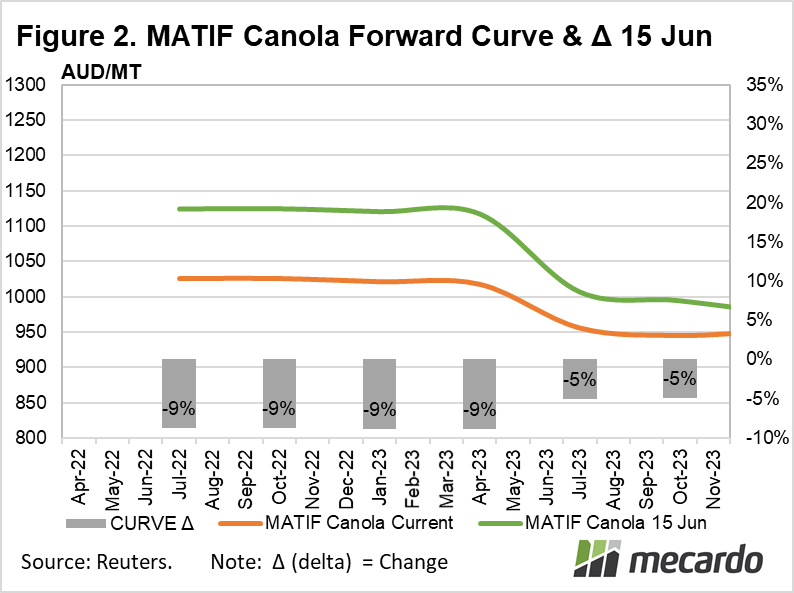 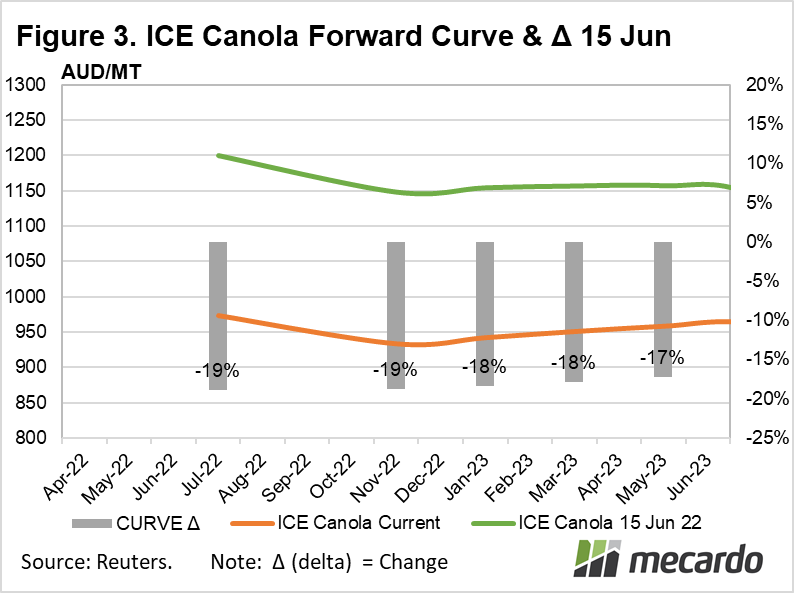