Australian beef exports continue to track well below both year-ago and five-year average volumes so far for 2021, primarily due to a lack of supply. March figures are just in, and they show year-to-date beef exports are down 25 per cent on last year, or 19 per cent below the five-year average for the January to March period. Supply seems to be the main reason for this, with slaughter for the year-to-date also down 25 per cent, and not much indication domestically of it increasing in the short term. Beef exports did rise month-on-month as is historically the case, up 20 per cent from February to March.

Market-wise, three of our major beef importers – China, Japan and the US – all took less Australian beef in March then last year, with China the only one of those countries with a March volume above its five-year average, and only marginally. Beef exports to Japan were 25 per cent lower year-on-year in March, and 29 per cent below the five-year average. The March volume to China was 29 per cent lower than 2020, and they’ve imported 36 per cent less Australian beef for the year-to-date. The US has taken the biggest hit, with March volumes dropping 42 per cent below the five-year average, and it’s year-to-date total 44 per cent down year-on-year. On a positive note, beef to South Korea were at record highs for the month of March, jumping 17 per cent.

Looking to the US, a lack of supply out of Australia is helping drive imported beef prices higher. For the first four weeks of March, total US beef imports were down 8.8 per cent, and imports from just grinding beef suppliers (including Australia) were down 24 per cent year-on-year. Steiner Reporting Group also reports diminished South American supply to America and stronger Chinese demand for the same product. All this has contributed to a climb in the 90CL, up close to 3 per cent since February. This is still lower than the same time last year, which was a more Covid-19 impacted market, but there is room for increase, with 90CL to choice cutout (grinding versus boxed) ratio currently below the five-year average.

The lack of Australian supply comes of no surprise – we’ve been talking about dropping slaughter rates for most of the year (most recently here).  For the first 11 weeks of 2020, weekly total cattle slaughter has been tracking at between 24 per cent and 53 per cent lower year-on-year.

These figures aren’t surprising given our domestic situation, but Australia will need to keep an eye on maintaining market share for when our cattle numbers grow in the future, especially if our domestic prices maintain current highs. On the plus side, there is also a reported limited supply from the likes of Brazil to the US, which will help keep us in the game. 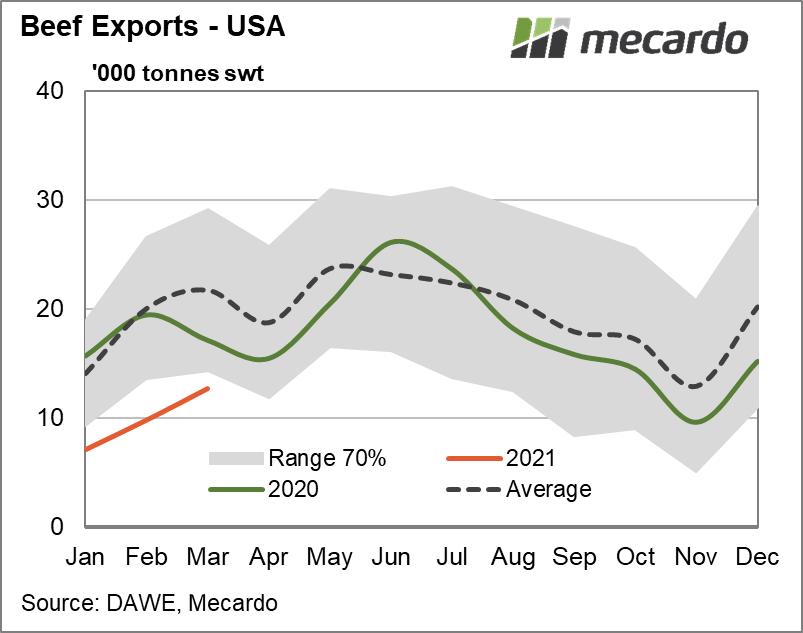 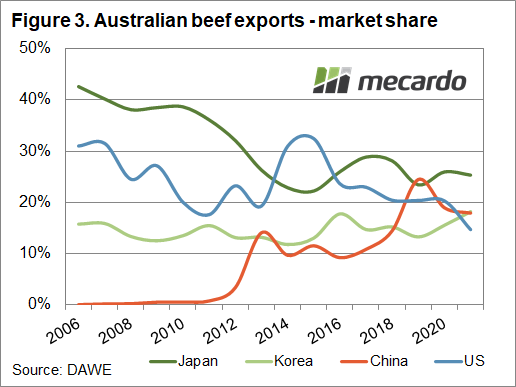