To see finished lambs prices starting with a 9 (on a carcase weight basis) in spring is nothing short of impressive. While prices slipped across most categories of lamb this week, at these levels the sheepmeat demand story is very positive.

Producers were motivated to get stock off the paddock and to the yards. Last week 167,271 lambs were yarded in the east, which was a 10% lift on the week prior. All states contributed to the lift which saw 14% more lambs yarded than we typically see at this time of the year. In Western Australia lamb yardings also increased, by around 25%, but remain below average levels. Sheep supply also surged in the east 36% higher than the week earlier, to see 52,077 sheep yarded in the east.

The Eastern States Trade Lamb Indicator dropped 16ȼ on the week to 929ȼ/kg cwt. In the West, trade lambs slipped 1ȼ to 743ȼ/kg cwt. Merino lambs were the only National Indicator to improve on the week prior, gaining just 1ȼ. In both NSW and Vic Merino lambs are currently trading at around 830ȼ/kg cwt, while in SA they are at 878ȼ/kg cwt.

Tasmania is holding the title of most expensive mutton in Australia, with the Tassie indicator at 715ȼ/kg cwt, while the National Mutton Indicator is holding relatively steady at 673ȼ/kg cwt.

We typically see a rapid fall from the price peak which then becomes more gradual as we move through spring. This hasn’t been the case so far this season, and with radars pointing to a wet week ahead across much of the east, and south west WA, we might not see the plunge that we’re used to. 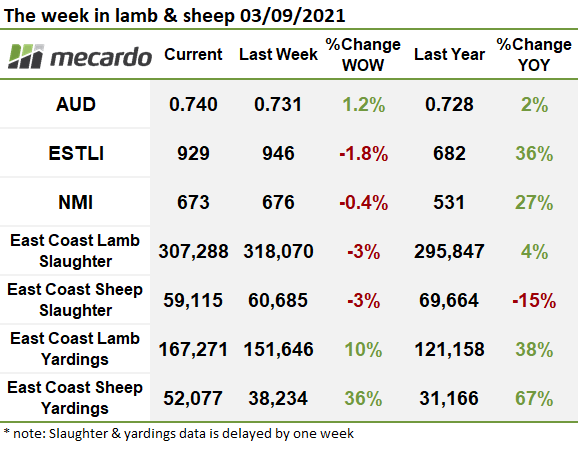 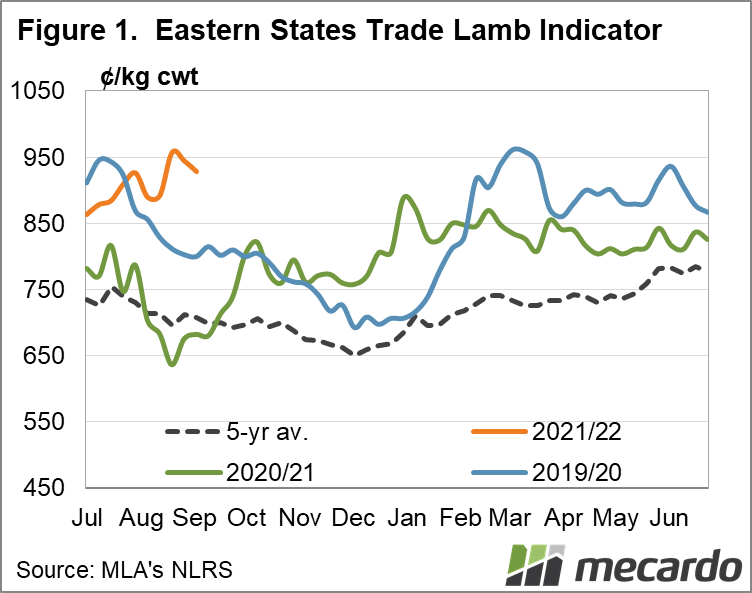